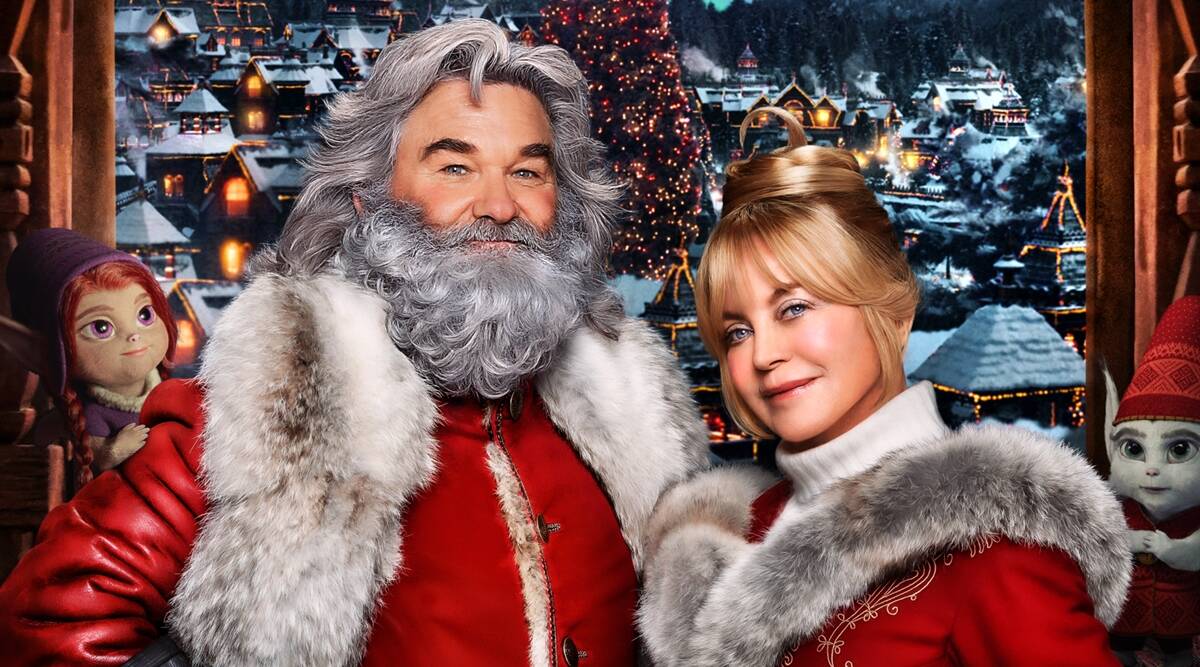 This time it’s not a “White Christmas” nor even a social, festive one. What we have instead is “an indoor, quiet Christmas”, courtesy the pandemic. But don’t lose heart, to bring you some cheer are a list of popular films and plays you can watch over the long Christmas weekend.

The Polar Express, 2004 (Amazon Prime Video): A young boy on a magic train to the North Pole promises to make anyone believe in Santa Claus and the Christmas miracle. The animation film based on the eponymous 1985 book written by Chris Vans Allsburg, has actors like Tom Hanks and Daryl Sabara as the main voices.

Jingle Jangle: A Christmas Journey (Netflix, 2020): What can possibly go wrong in a toymaker’s world? But the erratic and quirky Jeronicus is betrayed by a trusted aide. Things change when his beloved granddaughter comes into his life. This vibrant and colourful Christmas musical has Forest Whitaker, Keegan Michael Key and Hugh Bonneville in key roles.

Klaus (2019, Netflix): Nominated for an Oscar in the animation category, Klaus won a BAFTA in 2020 for best animated film. The Spanish film, which is a take on the ‘origins of Santa Claus, has a postman from the 19th century and a reclusive toymaker at the centre of it.

The Christmas Chronicles, part 1-2 (Netflix): The 2018 film had Kurt Russell as Santa Claus, who lost all his presents on Christmas Eve. To his rescue are two children, Teddy and Kate. Did we mention that they were the reason that Santa lost his presents in the first place? The sequel, which appeared in November 2020, picks up from two years after the kids first meet Santa. Now sulky pre-teens, they are forced to spend Christmas in sunny Mexico instead of cold Boston. What will it mean for them?

Plays you can stream

Ali The Magic Elf: There’s crisis in the North Pole, where Ali the Elf works. Nothing is going right and panic is spreading among the elves because although Christmas Eve has arrived, no letter from children has been answered. Free till December. Visit https://www.tron.co.uk/whats-on#tab_digital.

A Christmas Carol: Charles Dickens’ enduring classic, featuring Uncle Scrooge, Tiny Tim and Silent Night, will be played live on the stage of the Old Vic in London and be streamed to homes across the world. Tickets: From £10—£65 till December 24. Visit https://www.oldvictheatre.com/whats-on/2020/old-vic-in-camera/a-christmas-carol-5.

Christmas at the Snow Globe: A child stands in the wooden ‘O’ of Shakespeare’s Globe, waiting for the show to begin but things are different this year. There are no actors, audience members or stewards. The theatre is empty. Yet, the child gets the gift of Christmas theatre. For £15 till January 5. Visit https://www.shakespearesglobe.com/whats-on/christmas-at-the-snow-globe-2020.

Looking a Lot Like Christmas: Filmed in the beautiful setting of St Paul’s Church in the heart of London’s Covent Garden, which is popularly known as The Actors’ Church, this hour-long concert by The Donmar Warehouse comprises musical numbers, sketches and seasonal poetry. Free till January 5.