Home TechnologyGaming 10 Spells You Can Cast In Hogwarts Legacy Game 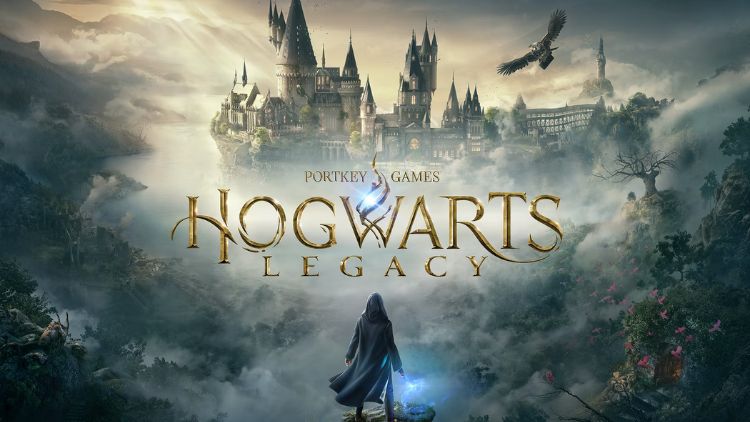 There’s over 80 spells that we know of within the Wizarding World. But which ones are we going to be able to use in Hogwarts Legacy? Here we have got 10 to break down for you. This list also includes some dark magic spells which we will be able to use in-game and have officially been confirmed by Warner Bros.

Petrificus Totalus is a body freezing curse that temporarily paralyzes your opponent. It causes the victim’s arms and legs to snap together so they’re unable to move. The victim will still have the ability to hear, see, feel and think. Chandler Wood is the Community Manager of Hogwarts Legacy. He mentioned that the Petrificus totalus spell can be a great way to finish off enemies in stealth when we cast the disillusionment charm upon ourselves.

This is encouraging, as it looks like spells don’t just have one purpose. So having the ability to creatively thread different spells together to get the desired outcome seems to offer us some creative freedom in terms of gameplay choices.

Stupefy looks like our basic offensive spell known for its stunning capabilities. We can hear it yelled out numerous times throughout the recent state of play trailer. When hit with this red spell, the victim is rendered unconscious. More importantly, it doesn’t cause them any lasting damage unless they take a heavy fall.

Within the wizarding world, using multiple stunning spells simultaneously amplifies its effects on a target. Because of that, it’s a very useful spell when multiple wizards are fighting beasts or creatures with significant spell resistance such as dragons or trolls, who will both be appearing in Hogwarts Legacy. Protego is our shield charm which is one of the best ways to deflect incoming spells like Stupefy. It’s a great all round defensive spell. We can also see it cast several times in the recent PlayStation preview as well as on official gameplay art released by Avalanche. Protego can’t deflect every offensive spell,  like unforgivable curses.

Lumos is a wand lightning charm. The charm itself conjures a light at the end of your wand and grants you visibility in dark or dimly lit areas. It’s not just a mobile torch or flashlight on the end of your wand. It’s useful for repelling ghosts and spectral foes in the wizarding world. It also reveals hidden things and illusions for what they really are. This may come in useful as avalanche has stated that there are many secrets for us to discover hidden away in the game.

Accio is a summoning charm that can be cast on objects. It brings the item in question to the feet of the caster. The item or living thing doesn’t need to be visible for it to work. It can be cast at great distances if the witch or wizard has a clear image of it in their mind. The proficiency of the same witch or wizard also plays a role in the spells success. We’re going to be using it in game to summon people or their clothes while in combat.

Chandler went on to say in a Playstation Blog post that we’ll be able to use the Accio charm to pull an enemy close to us before blasting them with an Incendio spell. If you’ve played any RPG open world games before, you’ll also know that this type of gameplay mechanic will be the perfect spell used for solving puzzles by pulling things towards us to progress the mini-game. So we can expect a lot of utility with this spell, especially in combat and with environmental puzzles.

Reparo is a mending charm or repairing charm. In the gameplay trailer, we can visually see Professor Fig repairing a coastal bridge or pathway so we’re able to cross with him. We also pick a few more clips of this spell in use throughout all footage we’ve seen so far. This will be an instrumental mechanic which we will need to learn before being able to explore the full scope of the game’s hidden secrets and locations.

Arresto Momentum is a charm that slows or immediately stops the velocity of objects, living beings and people. In simple terms, it’s a slow motion spell. The slowing effect in combat will allow us more time to think of our next spell. It will also allow the player to dodge any incoming attacks more easily.

Expelliarmus is a disarming spell that allows the wizard or witch to remove the wand or object from their opponent’s hand. We have seen Harry Potter famously using this spell multiple times with his duels with Voldemort. Our character throughout the trailer can be seen and heard to be casting Expelliarmus several times. Thus, this might be a frequently used spell as it seems we’ll be dueling multiple enemies at once. so disarming a couple of NPCs quickly to get a firm hand on the battle will buy us some time. An honorable mention is Wingardium leviosa.

It will be making an appearance here in-game. We can see it briefly being used as a way to levitate the 2 suits of armor to temporarily take them out of the fight. That makes sense as It’s a levitation charm which can make objects float in mid-air but doesn’t work on humans, only the clothes they wear for a certain amount of time.

Confringo, otherwise known as the blasting spell, causes targets to explode. We see it used several times in the gameplay where we can also hear it vocally shouted by our character mid duel.  It is a quite destructive spell and can cause significant harm to everything and everyone in the vicinity. We think that this spell will only be allowed to be used in some situations, as such a destructive spell cannot be used freely for example on other students.

Incendio spell is a charm that conjures jets of flames used to set things on fire. It can be used on anything and it’s not restrictive to specific items or things, so setting people on fire is definitely possible. Secondly, we can cast Diffindo spell which is a severing charm that is used to precisely and accurately cut something specified by the wizard. If used inappropriately, it could cause injury or even death.

And thirdly we’ll be able to use the Descendo spell which is an incantation that makes objects fall or move downwards. All of these 3 can be used in a lot of environmental utility. But we can also see them playing a prominent role in combat.

It has been confirmed by Avalanche that we’ll be able to cast unforgivable curses and Dark Magic. Avada Kedavra is the only killing curse that has been shown in the trailer yet. Avada Kedavra, also known as the Killing Curse, kills a person instantaneously and without injury. There is no countercurse for it. This is one of the most powerful spells in the wizarding world. It cannot be cast by just anyone by incanting it. The user must actually have a desire to kill for this spell to work.