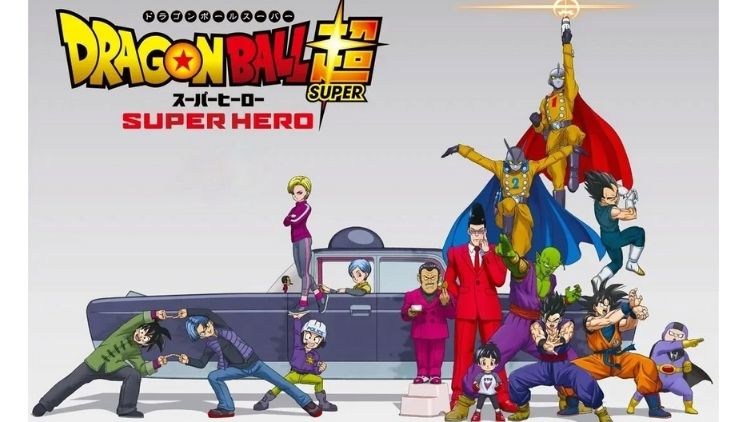 This film will finally age up Goten and Trunks. Better yet, the fusion dance pose on the poster implies we may see what an older Gotenks looks like. The combined warrior was a mainstay in Z and Super but when the duo hit their teen years in GT, they inexplicably never fused. Though their fingers don’t quite line up, so we might be in store for a gag fusion instead. But either way it’ll be the closest thing to a team Gotenks we’ve ever gotten.

Akira Toriyama is heavily involved in this movie. This inspires faith as hearing Dragon Ball’s creator is back for the franchise’s latest outing. It shouldn’t come as too much of a surprise as he also provided the concept character designs and script for the series’ last three movies.However, he’s reportedly more invested in this project than he was for the others. This adds up when you consider the film’s light-hearted approach matches Toriyama’s style of Dragon Ball’s early days. Comedy aside, no one could deliver a huge spectacle like the man who created it all.

If you haven’t seen 2018’s Broly film then it’s about time to do so. You will really want to brush up on Goku’s latest adventure before buying your tickets for Super Hero. Prior to its official announcement fans noticed a quick cut in the teaser trailer that confirmed everybody’s favorite rampaging Saiyan was returning to the big screen.

Nothing gets our hype levels over 9000 like a good old beam struggle to decide the fate of the Earth. But Dragon Ball is much more than just golden hair and Kamehamehas. The series has always balanced its bombastic high-stakes conflicts with breezy comedy and heartfelt characters. Following the non-stop action roller coaster of Broly, this series is returning to its lighthearted origins. Don’t worry though, the trailer promises plenty of slick combat to give fans their kick but it’ll come with much lower stakes and more grounded plot points. While we enjoy a dramatic clash for survival as much as the next Saiyan, we don’t mind getting a breather after Broly’s relentless pace.

This nefarious organization was about as evil as a villain could be in Dragon Ball. While they didn’t stand much of a chance against the young Saiyan hero, they were memorable enough to serve as Dr. Gero’s backstory in Z. Since then they’ve faded into obscurity due to the series’ threats escalating to godly levels. But to go along with the movie’s undemanding tone, this goofy group is finally making their grand return. They are after vengeance for being humiliated all those years ago.

After debuting a fluid new visual style in Broly, the franchise is taking a step away from its 2D roots by animating the new feature almost entirely in CG. We have never seen Goku and company fully rendered in 3D outside of video games. It isn’t completely foreign in the movies either. The series has stepped out of the second dimension before. There’s certain dizzying fights with complex camera work but those moments have always been the exception instead of the rule. Only time will tell if this bold visual direction sticks but at the very least we can appreciate it’s trying to do something new.

Gamma 1 and 2 are androids. From aliens to cyborgs, it wouldn’t be Dragon Ball without wacky adversaries to duke it out with. But these aren’t your everyday Frieza soldiers. It seems the Red Ribbon Army took nothing from Gero’s epic failure. Besides his fondness for making androids since they once again manufactured two cybernetic warriors to get revenge on Goku. Despite the Gamma twins’ clear inspirations from western superheroes, it seems these two will play a villainous role in the film. At least initially, since the movie seems to be named after them. And considering the series has a history of androids turning good we wouldn’t count on any superheroics just yet.

Gohan and Videl’s one and only child exists in a weird place in DB law. She’s an infant through the end of Z and into Super. Meaning the only time she was old enough to meaningfully contribute to the story was in GT. But just like Goten and Trunks, this film will finally explore Pan. It’s no easy task to grapple with Saiyan lineage, especially since it means you’ll probably have to join in on the action at some points. The teaser trailer showed Pan powering up. It seems Kale and Caulifla won’t be the only female super saiyans much longer.

A little over a month before the film’s original release, Dragon Ball’s parent company was hacked by a third party. This caused a suspension of the company’s systems. Every Toei production from TV to films grinded to a halt resulting in Super Hero’s release being pushed back. At the time of writing this article, it still doesn’t have a new date. But since Toei’s television programs haven’t returned to broadcast either, we may be in for an unfortunate wait. The film was supposed to be released in North America this summer. But it’s unclear whether its domestic setback will shift those plans as well.

Goku isn’t the main character. After saving the earth from utter destruction more than a few times, Goku has more than earned a vacation. The posters, trailers and director of the new film all confirmed that Gohan will be stepping into the leading role instead. Goku’s son is one of the franchise’s most beloved characters, but since he defeated Cell, he’s often been relegated to the background. Goku will always be the face of the series. But we can’t wait to see Gohan get to be cool again, outside of the shadow of his father.