Home News 13 young Guatemalans who left for a better future were slain in Mexico, families say

13 young Guatemalans who left for a better future were slain in Mexico, families say 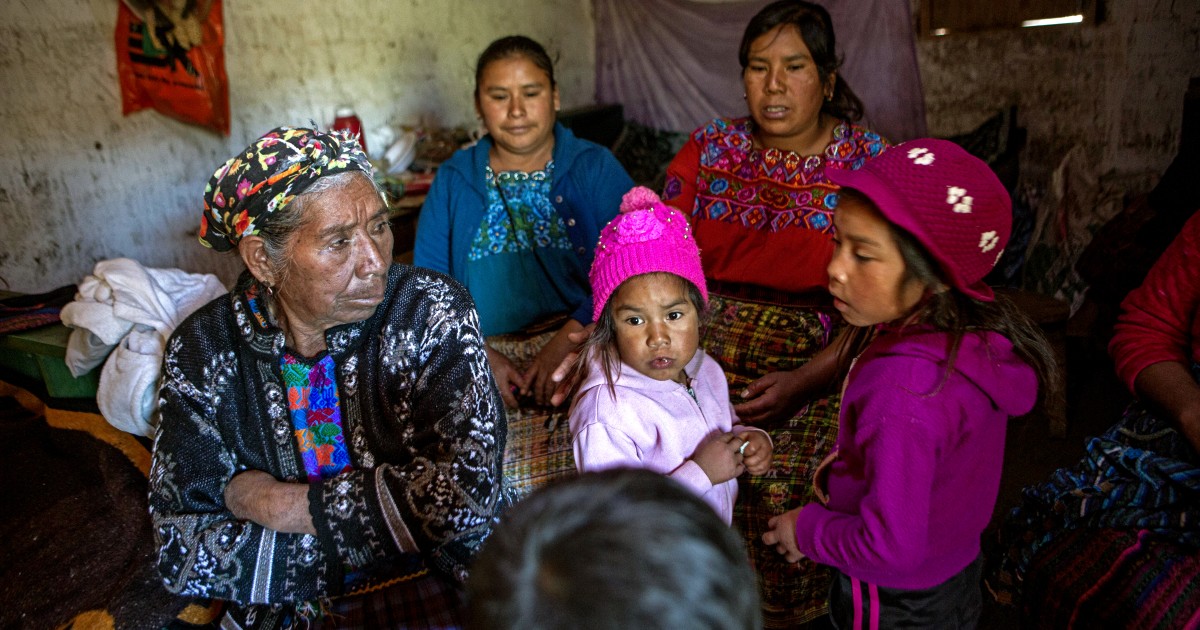 As 15-year-old Robelson Isidro left Guatemala this month, he promised his worried mother he would stay in close contact during his journey to the United States.

She had begged him not to go, but he assured her it was for the best.

He earned just $3 a day toiling in the coffee fields around Comitancillo, a largely Indigenous town in Guatemala’s western highlands. With a few years of American wages, he hoped to buy the family a house.

“We’re almost to the border,” he wrote to his mother, Maria Isidro, on Facebook Messenger Jan. 21, explaining that he would cross into Texas the next morning.

It was the last time she heard from her eldest son.

A few days later, she saw news reports that made her stomach drop. Nineteen burned bodies had been discovered in northern Mexico 20 miles from the U.S. border.

A call to one of the smugglers who had organized the trip confirmed her worst fears: Robelson and 12 others from Comitancillo were among the dead.

Mexican officials say it could take weeks to identify the bodies, discovered by police on Jan. 23 in a burned-out SUV on a dusty road in Santa Anita in the eastern border state of Tamaulipas. They were riddled with gunshot wounds and charred beyond recognition.

But Robelson’s mother and other families from Comitancillo say they are sure that 13 of the dead are their children. On Monday, the families trekked six hours to Guatemala’s capital to provide DNA samples at the nation’s foreign ministry, which were sent to Mexican authorities.

There is a long of history of horrific violence against migrants in the northeastern borderlands of Mexico. Law enforcement is deeply corrupt, and a changing roster of criminal groups battles for control of smuggling routes — whether the cargo is drugs or people. Migrants are frequent victims of extortion, kidnapping and killing.

In 2010, members of the Zetas cartel stopped two tractor-trailers packed with migrants and took them to a ranch in the town of San Fernando, which is also in Tamaulipas state.

The gangsters asked the migrants to become hit men for their cartel. When the migrants refused, they were blindfolded, tied up and shot. Just one man survived, a young Ecuadorian who played dead and then escaped, walking miles to alert authorities.

The next year, there was an even worse massacre in the same region. Several buses were stopped and nearly 200 migrants were ordered off, killed and buried in graves discovered by police soon after.

The perils of the migrant trail are well known throughout Central America. That’s why Maria Isidro was so worried.

“I don’t want you to go,” she told her son firmly.

In Comitancillo, where many people speak the Indigenous Mam language, most homes are made out of adobe brick and many lack running water. Every year a handful of children die from malnutrition.

Life has always been hard. But recently things have gotten even harder. Heavy storms have damaged crops. The COVID-19 pandemic has slowed commerce in the region.

The state of San Marcos, where Comitancillo is located, has one of the highest rates of malnutrition in Guatemala, with 70% of children not getting enough nutrients in their diets.

Robelson didn’t want to live in poverty anymore. His family owned almost nothing, not even their humble home, which lacked a kitchen.

The community has a long history of sending migrants to the United States, and he had uncles who lived there. They had indoor kitchens. They didn’t have to cook outside under a tarp.

“He was ashamed,” his mother said in a phone interview. She said he told her: “I’m going to fight to make my dreams come true. I have to get my siblings ahead in life. I’m going to get them out of poverty.”

His uncles wired him money to make the journey north.

He traveled with a few dozen other people from the region, many of them teenagers. Some apparently made it to the United States and notified their families back home, Maria Isidro said.

The mayor of Comitancillo, Héctor Lopez Ramírez, told the Mexican news site Animal Politico that he heard that the migrants had been traveling in three trucks headed to the border on Jan. 22 when one broke down. He said passengers in the other two trucks reported hearing gunshots.

Human rights advocates condemned the incident, saying increasingly militarized immigration enforcement in the United States and across the region has made it more likely that migrants will to end up in the hands of smugglers.

A group of Guatemalan bishops issued a statement calling on law enforcement authorities to investigate the attack “the same way they organized to stop the caravan,” a reference to a recent group of thousands of mostly Honduran migrants who were turned back by Guatemalan security forces before they could cross into Mexico.

Guatemalan lawmaker Mario Ernesto Galvez, who represents Comitancillo, called on federal authorities to do more for the country’s rural communities.

“They cannot find development opportunities in their hometowns, which have historically been totally abandoned by the government,” he wrote on social media. “The dream of our children and youths has become to reach the United States.”

Maria Isidro, meanwhile, is waiting for confirmation that her son is dead.

She said she knows in her heart that he was one of the victims, but still hopes her phone will ring. She can imagine the voice of her eldest son, saying: “I’m alive here, Mom.”