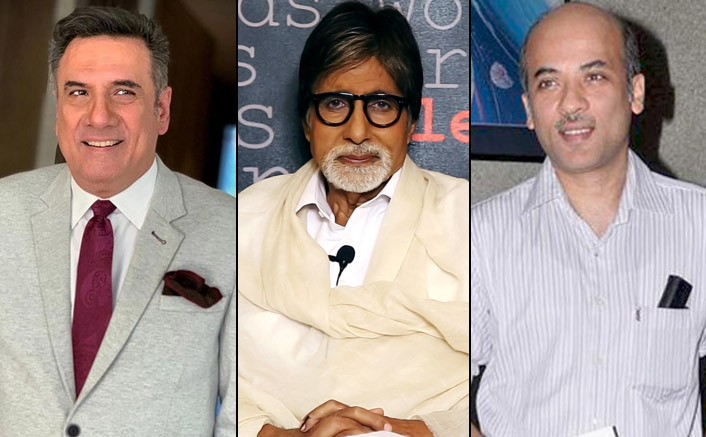 Sooraj Barjatya is making waves in the industry these days for his upcoming film with Amitabh Bachchan & Boman Irani in lead. It was earlier being said that the film is a big fat family drama and Big B will be playing a patriarch in it.

Now some fresh details are out about the film and according to it, the story will be about friendship.

As per Pinkvilla, a source close to the film has quoted as saying, “Sooraj ji’s stories are always relatable and every second person will be able to resonate with the instances that he brings to the screenplay. While Maine Pyar Kiya became a quintessential film for love birds of the 90s, Hum Aapke Hai Kaun and Hum Saath Saath Hai put forward the tale of extended families in India. And now, Sooraj ji is all set to bring friendship to the forefront with his next directorial,”

The source also said that the screenplay will take inspiration from Sooraj’s own life experiences and his bond with his friends. “It’s a simple story of friendship with the right dose of emotions and slice of life elements. While the emotional crux will be as strong as any other Sooraj Barjatya film, the story is unlike anything he has made in the past. After exploring the simplicity and complexities of families, he is now bringing a heartfelt tale of a bond between two friends in their older days,” adds the source.

The film is likely to go on floors in February.

Interestingly, Amitabh Bachchan & Boman Irani have earlier worked together in Waqt: The Race Against Time. They shared a very hilarious bond with each other in the film and it makes us laugh even today. It will be interesting to see them playing the role of best friends in the upcoming Sooraj Barjatya film.

Are you excited about this one?

Meanwhile, Amitabh Bachchan will also be seen in MayDay, Brahmastra, Chehre and more.

What are your thoughts on the same? Let us know in the comments section. Stay Tuned to Koimoi for more updates.