184 UK returnees give fake address in Telangana, can’t be traced for tests 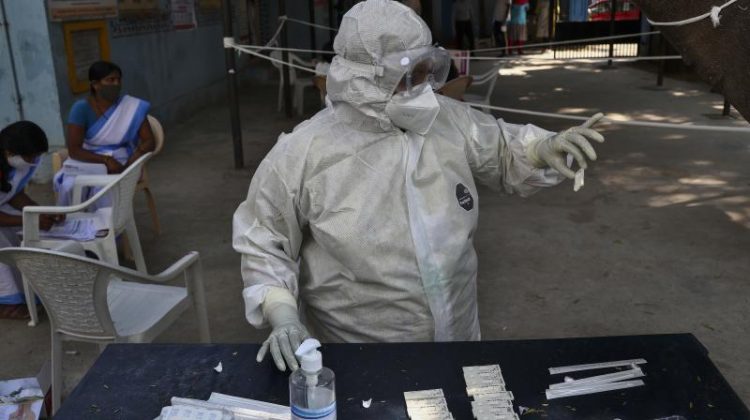 Hyderabad: A total of 184 people who have returned from the United Kingdom to Telangana state are difficult to trace as they had provided incorrect addresses and telephone numbers. It is also suspected that some of them have shifted to other states or other districts.

Besides, many others who were living in rented homes have shifted and no one knows their new address. It is said that 1,216 people came to the state from the UK of whom 937 have been traced and RT-PCR tests run on them.

Of these, four are from Hyderabad, six from Medchal Malkajgiri, two from Jagtial, one each from Mancherial, Nalgonda, Ranga Reddy, Sangareddy, Siddipet and Warangal Urban dstricts. Resuts are awaited to find out if they are carrying the more infective mutant variety of SARS-CoV-2 that was found in the United Kingdom.

These 18 people have been kept in institutional isolation in different hospitals. There are 79 contacts of these 18 who have been placed in quarantine and their health is being monitored as they suffered from severe anxiety attacks after they learnt of a new virus strain from the UK.

There are 92 others who came to TS from the UK and went to different states for social gatherings, marriages, celebrations and a good number of them visited Goa. Surveillance officials in the state are on the ground tracing those who came between December 9 and December 15.

Officials attempting to do contact tracing are running into a blank wall with people unable to remember if they came in contact with either the UK returnees or with the infected persons among them.

Other states have also been alerted about the movement of people and their place of stay and whereabouts during that time are being detailed for tracking and tracing in those states.

A senior surveillance official said, “It has become a huge task as we are once again reaching out to a large number of people. As they did not have any symptoms of disease, there was no point in them being at home. The people went about their work and social celebrations as was planned. Now they are worried and so are their contacts.”