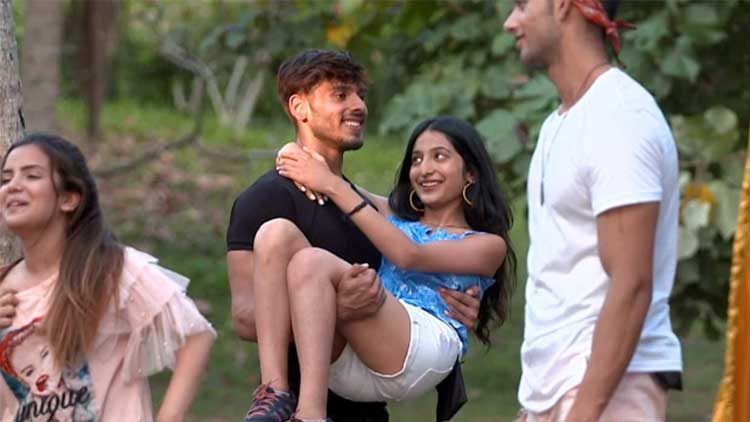 Splitsvilla X3 has been on a roll. The contestants are at an all-time edge; they are competing to win the task this week. This 18th episode, on this weekend (3rd to 4th July ) has many interesting implications. The Twitter feeds are abuzz with the special task this week called Couple Goals. The contestants are divided into teams to fulfill this task and win a very coveted prize.

This season of Splitsvilla is hosted by the sultry Sunny Leone and Rannvijay, whose duo has made the show fun. They can interact well with the young 20 somethings who are a part of the Splitsvilla competition.

As usual there are many hierarchies, and a chosen few have achieved dominance. Every episode has been filled with drama and an equal dose of romance which is a characteristic of the Splitsvilla experience.

There is an exciting challenge in this episode of Splitsvilla. There will be no dump in this dome session. But, there are going to be loads of allegations and fights aired in this episode. As we know, there are two ideal matches in the competition as of yet. They are:

So, the teams are KatVin and JayAditi, and the task is called Couple Goals. The teams are aggressive and are determined to win this task no matter what. There will be a ball, and the teams will have to work together to score goals. The contestants will need to work together to win this challenge. The team that scores the most will be the winner of this challenge. So let’s see what happens.

There is a high chance that it is going to be team KatVin. Even in the promos, the team is aggressive, and there are making waves in the session. If they won, the team would get a huge advantage over the rest throughout this and the next week of the competition.

This dome session seems to have stirred up many conflicts, and one particular female contestant seems to be under fire. It is Avantika, and it seems the whole house has turned against her due to her antics.

Last week, the oracle deemed that Samarthya and Avantika aren’t an ideal match. This has called a lot of tension in the Splitsvilla house. As of now, there are five contestants who have been eliminated.

Let’s see what this week will hold for our contestants.