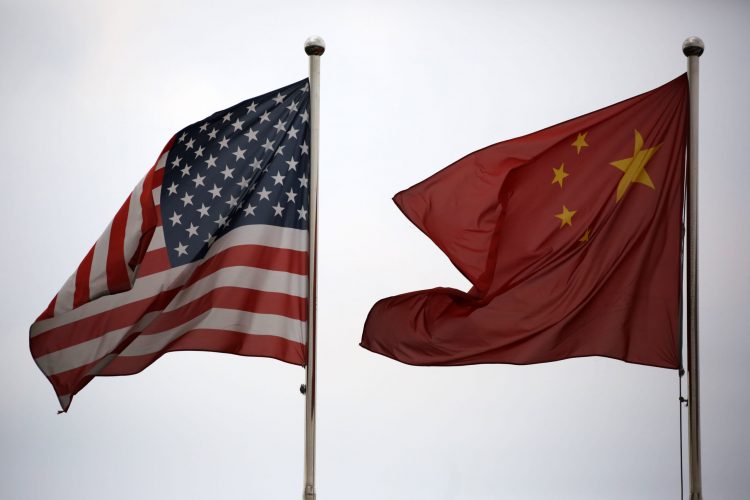 National flags of the U.S. and China fly outside a company building in the China (Shanghai) Pilot Free Trade Zone in Shanghai, China on Oct. 22, 2013.

SINGAPORE — Nearly one year after the U.S. and China signed the “phase one” trade agreement, Beijing is still far from meeting its committed purchases of American goods, data compiled by the Peterson Institute for International Economics showed.

The “phase one” trade deal signed in January paused a tariff fight between the world’s top two economies that started in 2018. The centerpiece of the agreement is China’s commitment to buy at least $200 billion more in U.S. goods and services over two years — in 2020 and 2021 — on top of its purchases in 2017.

Several experts had said it was not realistic for China to buy that much more in additional U.S. goods. Meeting that obligation was made even more difficult as the Covid-19 pandemic caused Chinese import demand to plunge.

Referencing the latest U.S. trade data, PIIE said on Wednesday that between January and November this year China bought $82 billion of U.S. goods — just more than half of the targeted $159 billion for all of 2020.

Breaking down by the types of goods, the data showed that China’s purchases of all product categories in the 11 months were far short of its agreed full-year commitment, said the Washington D.C.-based think tank.

China has made the least progress in buying U.S. energy products, while it is the closest to meeting the targeted amount of agricultural goods, the data showed.

PIIE doesn’t track China’s purchases of U.S. services agreed under the deal because those data are not reported on a monthly basis.

U.S.-China ties have deteriorated under President Donald Trump. The trade war resulted in elevated tariffs being slapped on billions of dollars’ worth of goods. The two countries have also clashed over technology, the origin of Covid-19 and China enacting a new national security law in Hong Kong.

President-elect Joe Biden, who will take office next month, has said he will not immediately remove tariffs imposed by the Trump administration on China. He first wants to conduct a full review of the “phase one” trade deal, and consult with U.S. allies to develop a “coherent strategy” on China.