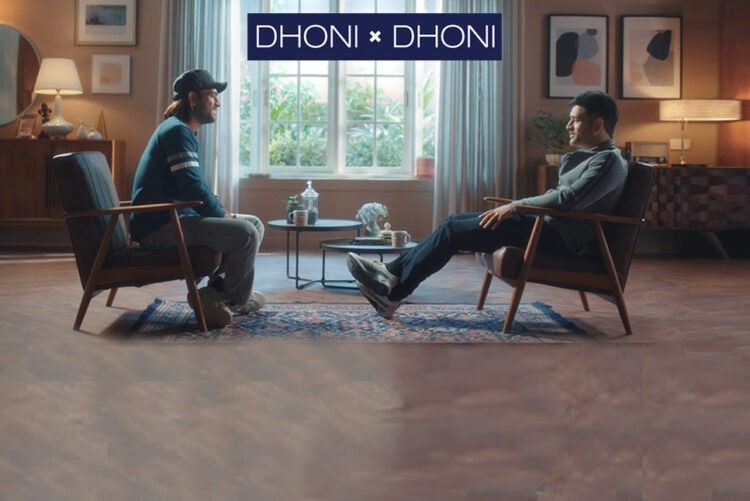 2011 World Cup Win 10th Anniversary – MS Dhoni’s interviews Dhoni: IPL 2021 is about to start and Mahendra Singh Dhoni is once again leading Chennai Super Kings (CSK) in the tournament. Dhoni who hardly opens up or hardly speaks to media before any big tournament this time has given a very very special interview right before the IPL 2021.
﻿

MS Dhoni’s Super Exclusive Interview – Dhoni interviews Dhoni: Mahendra Singh Dhoni isn’t a voluble person. He speaks a lot on the field, but only to his fielders and bowlers about their plans. Known as a bit of a recluse, one doesn’t hear much from India’s 2011 World Cup-winning captain apart from the post-match presentation ceremonies and, occasionally, press conferences.

There must be a legion of journalists who would kill for an opportunity to sit down with MSD and understand how his mind works. How he sees the game and how he approaches it is information that would be invaluable.

MS Dhoni’s Super Exclusive Interview – Dhoni interviews Dhoni: Finally, Dhoni has agreed to sit down with someone and have a nice tete-a-tete, to discuss things and answer questions. But the person he is talking to is not a journalist, commentator, or even a teammate. He is, in fact, a former cricketer who looks very similar to the man he is talking to. Sorry, not similar, but identical to Mahi.

That person is none other than Dhoni himself!

Yes, you read that right. MS Dhoni will be opening his heart and mind in a Super Exclusive Interview to MS Dhoni itself. The two Dhonis involved in this casual chat are not the same, as strange as it may sound.

Dhoni interviews Dhoni – What Dhoni asks Dhoni? There is the young, earnest, long-haired, slightly star-struck, and nervous Dhoni from 2005 who wants to know more about the seasoned and relaxed legend of the game from the present.

The older Dhoni presents pearls of profound wisdom that every young cricketer would treasure. It’s a rare insight into the genius of MSD.

The young cricketer from 2005 has a few questions of his own, which allows him to know his future and what it will take for him to be successful.

Gulf Oil are coming out with this interview to mark the 10th anniversary of India’s historic triumph in the 2011 World Cup. It was on April 2, 2011, at the Wankhede Stadium, that Dhoni smashed a six over long-on to hand India their second World Cup trophy.

Commenting on the campaign, M S Dhoni, Brand Ambassador – Gulf Oil, said, “I am delighted to be associated with a brand like Gulf Oil that is driven by passion to move forward. As an avid biker myself, I can very well connect with the brand’s proposition and product offerings. This campaign makes me nostalgic as I revisit my favourite cricketing moments including the winning shot at the 2011 World Cup Finals. It gave me a feel of how it would be to meet my younger self, what we would talk about and what I would advise him if we met”.

Ravi Chawla, Managing Director & CEO, Gulf Oil Lubricants India Ltd., said, “At Gulf, we pride ourselves on being an innovator and we seek to consistently push the envelope when it comes to our product quality and benefits. In keeping with this ethos, we recently upgraded our flagship 2-wheeler engine oil, Gulf Pride 4T. While previously the brand promise was about “Insta pick-up”, and it resonated strongly with bikers across the country, we bettered the product to be able to now deliver ‘Consistent Insta Pick-up’ over thousands of kilometres and many years. As brand Gulf, we are already no. 2 when it comes to important consumer mind measures (or brand health measures). With this new launch and campaign, we intend to strengthen that spot further in terms of market share as well”.