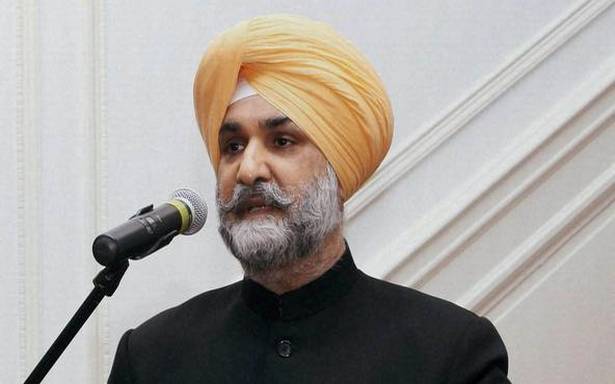 “The India-U.S. relationship has been a source of strength in the midst of a global pandemic.”

India-U.S. ties were elevated to “comprehensive global strategic partnership” during President Donald Trump’s visit to India in 2020, a year when the two countries solidified their relationship at an unprecedented scale and pace despite the COVID-19 pandemic and the domestic political stalemate due to the presidential elections here.

The two countries held the U.S.-India 2+2 framework just days before the presidential elections on November 3, reflecting the maturity in the bilateral ties. India is only the second country to have this kind of 2+2 dialogue, which has become the leading mechanism to discuss issues across the breadth and depth of the relationship.

“President Trump’s historic visit to India (in February) captured a period of remarkable growth in the relationship. And this was demonstrated by President Trump and Prime Minister (Narendra) Modi’s decision to elevate the relationship to a comprehensive global strategic partnership,” a senior Trump administration official told PTI, capturing the developments in bilateral ties in 2020.

“The U.S. will remain committed to further strengthen the U.S.-India partnership, given our democratic foundations and mutual interest in rebuilding the global economy following COVID-19, diversifying global supply chains and ensuring the Indo-Pacific region remains free and open,” the official said.

India and the U.S. signed the Basic Exchange and Cooperation Agreement for Geo-Spatial Cooperation (BECA), with which the two countries have inked all the all four foundational agreements to bolster defence ties.

“The India-U.S. relationship has been a source of strength in the midst of a global pandemic. From vaccine development to Indo-Pacific security, our countries have worked together to strengthen and deepen our strategic partnership in 2020,” India’s Ambassador to the U.S. Taranjit Singh Sandhu told PTI.

“Despite the challenges posed by the pandemic, our bilateral ties have expanded considerably over the past year. Among the many highlights are our deepening government-to-government dialogues, our shared vision of the Indo-Pacific, regional cooperation, defence and security ties, and ability to respond to unexpected challenges,” Deputy Assistant Secretary of State for South and Central Asia Laura Stone told PTI.

“We have also broadened government-to-government dialogues at the working and technical levels. In the last three months alone, our governments have held more than half a dozen dialogues, including a new working group on Counternarcotics that met a couple of weeks ago,” she said.

Also read | Satisfied that Indo-U.S. ties have grown in every domain: Pompeo-Jaishankar meeting

Ms. Stone said that the U.S. and India view Asia through a similar lens, which is reflective of common vision for the Indo-Pacific. The challenge India faces on its northern border has underscored even further the importance of India maintaining strong ties with its strategic partners and friends, she said.

“Our shared strategic outlook has also increased the quality and quantity of U.S.-India regional cooperation. The most obvious manifestation of this has been the Quad, which has not only been revived, but is thriving.

“As we saw in the Quad Foreign Ministers’ meeting in October, this grouping is becoming an increasingly valuable mechanism to discuss regional challenges and opportunities, such as infrastructure deployment, counterterrorism, and maritime security,” she said.

During the year, the U.S. and India launched an unprecedented cooperation to respond to the COVID-19 pandemic. Pharmaceutical companies from both countries collaborated to expand global supplies of critical medicines and are cooperating on vaccine development.

In an era of bitter political divide during an election year, India was possibly among the few countries that attracted bipartisan support.

Ambassador Sandhu himself had meetings, mostly virtual, with more than 40 Senators and 100 plus Congresspersons. Congressman Gregory Meeks, who would chair the powerful House Foreign Relations Committee next year, attended the Gandhi Jayanti celebrations.

President-elect Joe Biden, who defeated incumbent Mr. Trump in the bitterly-fought election, has spoken about his vision for the U.S.-India partnership as well as on standing with India in facing threats in the region.

His running mate Kamala Harris, who is of Indian origin, scripted history when she became the first ever woman vice president-elect of the country.

The U.S.-India relationship is expected to touch new heights in 2021 under the presidency of Mr. Biden, who is known to be a strong proponent of closer India-U.S. ties since his days as a Democratic senator in the 1970s and played a key role in getting the approval of the Senate for the landmark bilateral civil nuclear deal in 2008.