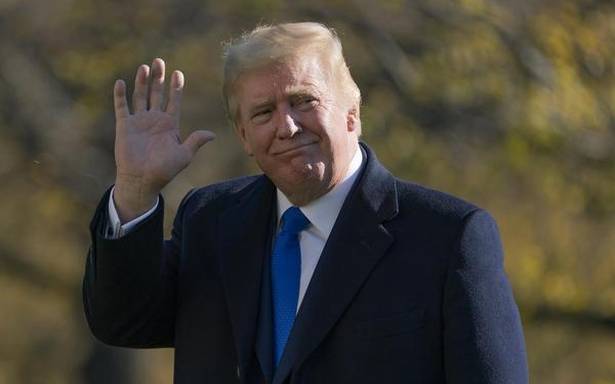 The 2020 U.S. presidential elections were probably the least secure American polls ever, President Donald Trump alleged on Sunday, a repeated claim which has found very few takers and has, so far, not been able to stand legal scrutiny.

“Our 2020 Election, from poorly rated Dominion to a Country FLOODED with unaccounted for Mail-In ballots, was probably our least secure EVER!” Mr. Trump said in a tweet on a day the recount of votes in two Wisconsin counties witnessed President-elect Joe Biden maintain his lead over the incumbent.

“We have some big things happening in our various litigations on the Election Hoax. Everybody knows it was Rigged. They know Biden didn’t get more votes from the Black community than Obama, & certainly didn’t get 80,000,000 votes. Look what happened in Detroit, Philadelphia, plus!” Mr. Trump alleged in another tweet.

Earlier in his first post-election result interview, Mr. Trump told Fox News that the entire world is watching over what is happening in the U.S.

“I have to start by saying the whole world is watching, and nobody can believe what they’re seeing. And you have leaders of countries that call me, say, that’s the most messed-up election we have ever seen. You start with these machines that have been suspected, not allowed to be used in Texas, the Dominion machines, where tremendous reports have been put out,” Mr. Trump said.

“We have affidavits on — from many people talking about what went on with machines. They had glitches. You know what a glitch is. A glitch is supposed to be when a machine breaks down. Well, no, we had glitches where they moved thousands of votes from my account to Biden’s account. And these are glitches. So, they’re not glitches. They’re theft. They’re fraud, absolute fraud. And there were many of them, but, obviously, most of them tremendous amounts, got by without us catching,” he alleged.

Election officials and mainstream U.S. media have dismissed the allegations. Most of his lawsuits in several courts have fallen apart.

“What’s going on in this country is not to be believed. I could say some very strong words, where this country has gone over the last 10 or 15 years. But it’s not to be believed. And we were changing it. If I got in or get in, we will very quickly have deals with Iran. But now they are going to give the ship away. They will pay hundreds of billions of dollars to Iran,” he said.

Mr. Trump reiterated that China does not want him to be the President of the United States.

“China didn’t want me in, because we were beating China so badly. Now they are going to go — China actually, actually stated — you probably heard it — two days ago, we want a deal with the United States, but we don’t like America first. And now the Democrats are saying, oh, we won’t use America first,” he said.