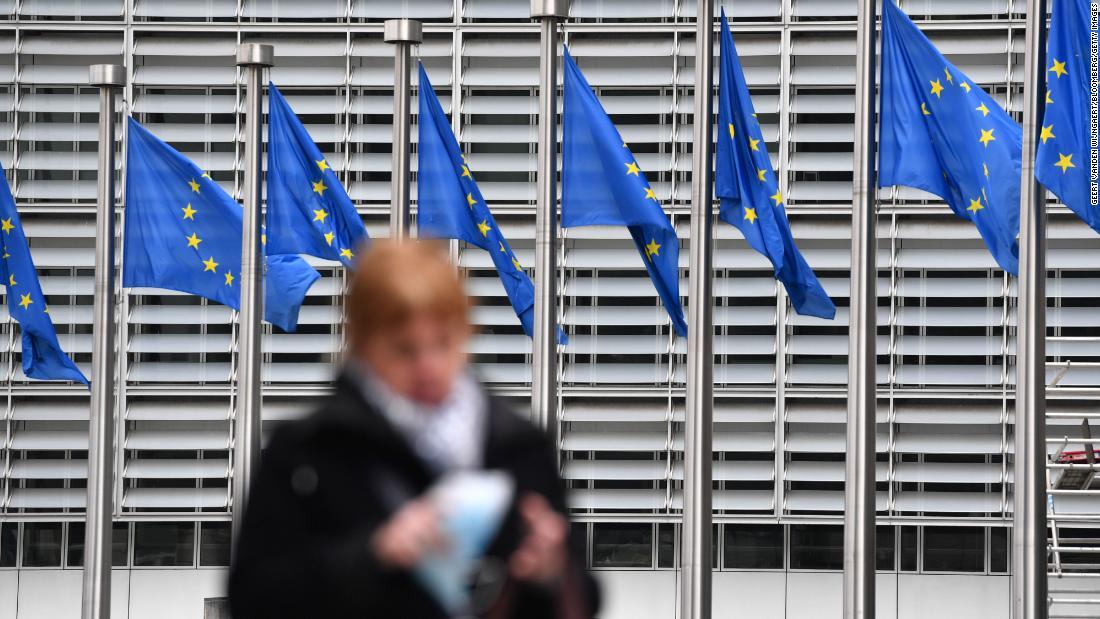 But those problems are not going anywhere in 2021.

To some extent, the crises of 2020 have masked a debilitating lack of unity across the EU. For all Brussels’ lofty ambitions of greater integration and becoming a global force in its own right, it faces pushback on issues ranging from internal adherence to the rule of law to a coordinated strategy for dealing with China.

Rule of law is probably the most immediate problem to solve.

After months of painful negotiation, the bloc’s member states agreed on both a long-term budget and a Covid recovery package that totaled nearly $2 trillion. The nations that have been worst affected by the pandemic desperately need those funds.

However, two member states spent a good chunk of 2020 objecting to the release of those funds: Hungary and Poland.

The governments of Viktor Orban and Mateusz Morawiecki objected to the funds being tied to adherence to the rule of law, which is unsurprising as both are being investigated for breaches at an EU level. The charges levelled at both countries range from suppression of government critics to undermining the independence of the judiciary.

During the coronavirus crisis, concerns have also been raised about the use of emergency measures in numerous EU nations — including Hungary and Poland — that curb the fundamental rights of citizens.

It had long been speculated that Brussels would attempt to tie the EU’s budget to the rule of law as a way of bringing delinquent states to heel.

Unfortunately, trying to do so during a pandemic and the subsequent recession has strengthened the impact of the veto to which every member state is entitled.

In this particular instance, intransigence in Budapest and Warsaw ultimately led to a compromise in Brussels in which both sides gave ground, which in the grand scheme of things could be interpreted as the EU fudging on one of its key principles.

“Hungary and Poland might be the most extreme cases. But lots of other nations have backslid on civil liberties in the past few years,” says Jakub Jaraczewski, legal officer at Democracy Reporting International.

“Tying rule of law directly to EU money is not in itself a bad idea,” he explains. “But if more than one nation is pushing the boundaries by curtailing freedoms and undermining judges, you will inevitably find these states backing each other at an EU level, undermining the whole thing.”

Several influential voices in Brussels had previously suggested approving the Covid recovery funds without Hungary and Poland, moving forward as 25, rather than 27. That approach, though, would have carried the risk of opening another fraught debate within the EU: Precisely how united the Union should be.

Before Brexit, it wasn’t just the UK which had populist movements agitating to leave the EU. Four years on, Europe’s Euroskeptic parties are no longer looking to leave the bloc — now they want to take it over instead.

“It’s clear that our electorate does not currently seek an exit from the EU, so instead our focus is to build enough Euroskeptic support to steer it away from the looming disaster of ever closer unity,” says Gunnar Beck, a member of the European Parliament for Germany’s far-right Alternative für Deutschland (AfD) party.

Beck believes that the European Euroskeptic movement has the potential to grow, even as normality is restored post-Brexit and Joe Biden, a supporter of the EU, replaces Trump.

“The EU has been in perpetual crisis since 2010 and hasn’t solved any of the problems these crises have caused, be it the eurozone crisis, the migration crisis or now the Covid crisis,” he says.

2021 will see several opportunities to prove him right or wrong.

Elections are to take place in several member states, including in Germany and the Netherlands — two influential nations in Brussels. Both countries have strong Euroskeptic populist movements. AfD is the official opposition in Germany, while in the Netherlands Geert Wilders — a man often described as the Dutch Trump — will be defending his position as leader of the largest opposition party.

The fear for Europhiles isn’t that these extreme parties get into power, but that they spook mainstream politicians to the degree that they end up borrowing the populists’ rhetoric. This, as they are well aware, is exactly what happened in the UK, as Nigel Farage cranked up the pressure on Conservatives to the point they had no choice but to call the Brexit referendum.

This sensation is nothing new in the Netherlands. Incumbent Prime Minister Mark Rutte caused controversy during the 2017 election when he wrote an open letter critical of Islam and immigration. In 2020, Rutte was critical too of the EU’s spending plans, demanding that money not be wasted — an unusual move for a European liberal.

“Rutte’s shift to the right can only be understood when you look at how dangerous the prospect of Wilders eating into his vote might be,” says Sarah De Lange from the department of political science at the University of Amsterdam. “Wilders is still a big force. Many have predicted his demise, but he is still here with a huge following.”

It’s a pattern that has been repeated in many other EU countries including France, Germany, Czech Republic and Austria.

Even in electoral defeat, the populists can claim political victories.

“When populists go down, mainstream parties see an opportunity to pick up those votes and control the right-wing of their own parties. When they adopt far-right ideas, eventually, that filters through to EU level and changes the dynamic in Brussels,” says Catherine De Vries, professor of political science at Milan’s Bocconi University.

While populists may not be expecting to win power in Germany or the Netherlands any time soon, they do see opportunities to work with colleagues elsewhere in Europe. “France, the Netherlands, Germany — none of us will be the catalyst for change, we are just too brainwashed,” says Beck.

“But if you look to our colleagues in central Europe who are free from the pro-Brussels neurosis, you find countries who are willing to stand up to the EU in a way Germany isn’t,” adding that there’s “no nation that has ever been as effectively castrated when it comes to asserting itself.”

The degree to which member states are willing to assert themselves plays a crucial role in the other key issue that will trouble Brussels in 2021: Where should the EU sit on the international stage?

The Trump presidency forced Europe to think seriously about its relationship with the US. The fact that someone so willing to be a disruptive force in Europe occupied the office of Europe’s most important ally was obviously troubling.

The loosely-defined term “strategic autonomy” has been thrown around in Brussels for the past couple of years. In short, it is the EU’s drive to be more self-reliant in areas such as security, economics, supply chains and climate change, to name a few.

In reality, it is a naked attempt to emerge as one of the three major powers, alongside the US and China.

“Europeans are under no illusion that the US is going to take a radically different approach to China — Trump has permanently changed the narrative on that,” says Erik Brattberg, director of the Europe Program at the Carnegie Endowment for International Peace in Washington.

“While they are relieved that the White House is going to be more predictable on China and keen to coordinate with partners, they are still going to resist becoming a chip in the Beijing-DC tug of war,” he says.

This will become complicated for European nations when Biden demands that Chinese companies be banned, or that Europeans speak out against human rights abuses.

Indeed, the EU’s intent to behave independently of the US was hammered home this week, as the leadership of the bloc signed an investment agreement with China that would be unthinkable to any US president.

“Lots of European countries, especially Germany, export huge amounts to China and will not want to cut off that revenue stream,” adds Brattberg.

If a common policy on diplomacy wasn’t tough enough, the drive from Brussels for a common security and defense policy is likely to cause even greater division.

It’s no secret that French President Emmanuel Macron would like to see Europe take greater control of its own security. It’s also no secret that the leadership in Germany, the Netherlands, Portugal and many others are deeply uncomfortable at the prospect of building up huge military capabilities across the continent.

In short, lots of EU nations are quite happy with their security being subsidized by NATO and the US, while also having deep economic relations with China and Russia.

And, as Brussels has found thus far in these discussions, it’s very difficult to negotiate with those who have become accustomed to having their cake and eating it.

2020 was a very difficult year for the EU, there’s no other way of putting it. Through fudges and arm-twisting, it navigated around the cracks of division, and it will likely do so throughout 2021.

Whether it has the political will or talent to do so without widening those cracks is another matter entirely.