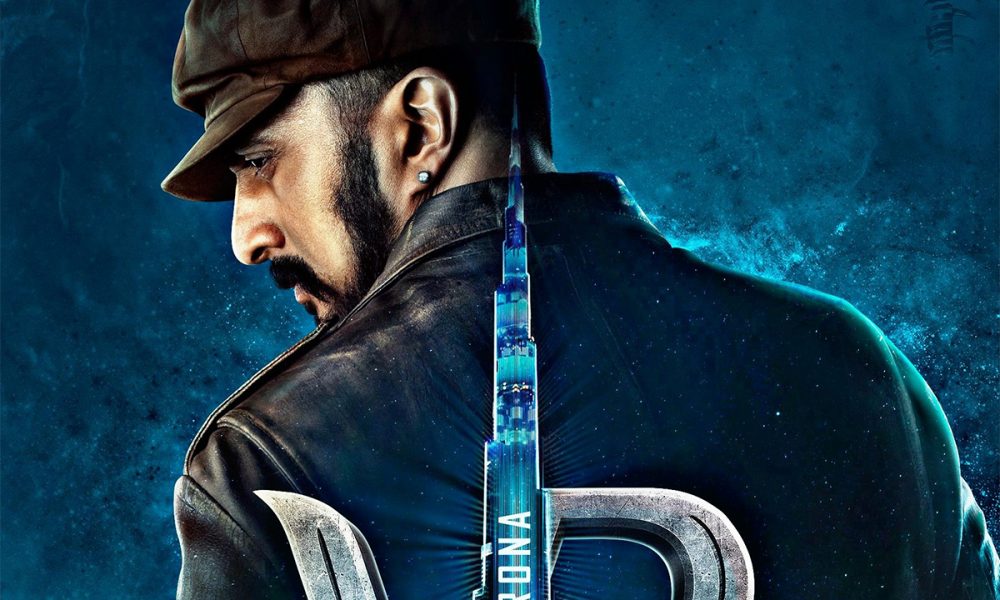 Noted actor from the Kannada film industry i.e. Sandalwood, Kiccha Sudeep is completion of 25 years since heh started off in the entertainment industry. In these years, he not only established himself as an actor but also a director, producer, screenwriter, television presenter and even a singer! On this special occassion, the first look his upcoming film Vikrant Rona was revealed!

The launch happened at Burj Khalifa, the most famous skyscrapper in Dubai. The entire building displayed the logo of the film ‘Vikrant Rona’ and also contained the wish for Sudeep for 25 successful years in the industry.

Vikrant Rona will be directed by Anup Bhandari and the film will belong to the action-thriller genre with Sudeep in the lead. The actor even took to his Twitter handle to share the sneak peak of the grand event while thanking Dubai for showering immense love on him.

Thanks @BurjKhalifa fr personally sending me this video .. thanks #Dubai for hosting us soo well.
Mch luv 🙏🏼.

Wil be posting a HD video of the same wth a greater sound quality n a grander view, tomorrow.
Thanking all u frnzz once again fr the unconditional luv,,thru & thru.
🤗🥂 pic.twitter.com/XLFIbrxp2h

Vikrant Rona was one of the first few films that went under production in the month of July during 2020 as the relaxations during the pandemic had begun.

25 years of Kiccha Sudeep; Teaser and poster for his next film 'Vikrant Rona' revealed at Burj Khalifa - Bollywood Dhamaka