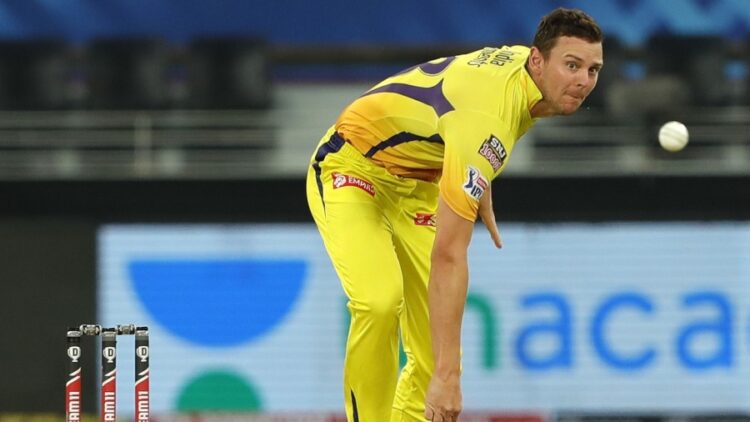 Chennai Super Kings (CSK) have a huge squad consisting of 24 players for the IPL 2021 season. Led by MS Dhoni, the franchise will look forward to having a successful IPL campaign this year after they ended last season on a high. Despite finishing seventh in the league stage, there were several positives to take towards the end of their tournament. Ruturaj Gaikwad emerged as the unlikely hero, winning three consecutive player of the match awards.

CSK added a few all-rounders to their squad in the auction that took place last month. Krishnappa Gowtham and Moeen Ali were two of the most expensive buys for the franchise, as the duo add to the squad’s depth in all-rounder options.

As a result of their squad, a few talented players will have to remain on the bench for most part of the season. The rule of up to four overseas players in the playing eleven, makes it even more difficult for them to break into the team.

Although being one of the powerhouses in Test cricket, yet Pujara has failed to make an impact in limited overs cricket.

Cheteshwar Pujara last played in an IPL season way back in 2014, representing Punjab Kings. The Indian batsman who has established himself as one of the Test cricket greats, has been give limited opportunities to prove himself in limited overs cricket. He was picked up by CSK at the auction for a base price of Rs.50 lakhs, which led to a round of applause from other franchises.

Pujara is expected to remain on the bench almost throughout the season. CSK’s middle-order has the likes of Suresh Raina, Ambati Rayudu and MS Dhoni. He might be lucky enough to get a few chances here or there due to an injury crisis, which can never be ruled out in a competition like the Indian Premier League.

Josh Hazelwood, the tall Australian pacer just managed to play three matches last season, picking up one wicket at a decent economy of 6.40. Although, retained by the franchise he is expected to spend most of the season on the bench. Dwayne Bravo is most likely to get the nod over Hazelwood and Lungi Ngidi for initial part of the season.

However, he may be given a few chances if Dwayne Bravo underperforms or the team decides to go in with an extra pacer. The Chennai side over the years has been dominated by spin bowlers and it is not expected to change a lot this season as well. The Aussie pacer can be a beneficial part of CSK’s squad if they use him wisely, given the extra bounce he generates.

Mitchell Santner managed to play just two games last season, and picked up as many wickets at an average of 24.50 and an economy of 7. The Kiwi spinner is unfortunate to having spend so much time on the bench, as he can prove to be a match-winner on his day.

Also Read: Who will be the 4 overseas players in Chennai Super Kings (CSK) Playing XI for IPL 2021?

Things are not expected to change much this season as Santner will remained confined to the bench. CSK bought Moeen Ali at the auction and due to his batting abilities, he is expected to be given the nod over the Kiwi spinner. The presence of Ravindra Jadeja in the squad neutralizes the threat posed by Santner, as they both are similar kind of bowlers.