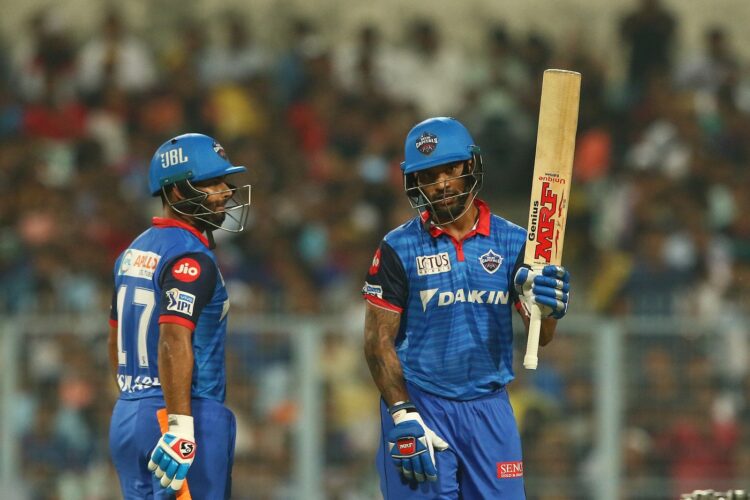 Delhi Capitals (DC) had a successful IPL 2020 campaign as they finished as the runner-ups to Mumbai Indians. Led by Shreyas Iyer, Delhi Capitals reached the playoffs for the second consecutive season. However, they could not clear the final hurdle as Delhi were defeated by Mumbai Indians in the title decider.

Delhi batsman had an impressive outing last season, with the likes of Shikhar Dhawan and Shreyas Iyer chipping in with runs. Dhawan was the second highest run scorer last season, with 618 runs, whereas Shreyas Iyer was the fourth highest scorer with 519 runs. No batsman representing Delhi Capitals has been able to win the Orange Cap so far.

3 Delhi Capitals (DC) Players who can win the Orange Cap-

The upcoming IPL season will probably be one of the most important tournaments for Shikhar Dhawan. The Indian opener has lost his place in the Indian side and will need a huge performance in IPL to prove his critics wrong and reclaim his spot in the team. Dhawan was impressive last season as he scored 618 runs in 17 innings last season at an average of 44.14. The stylish left-hander smashed two centuries in the last season.

Dhawan’s tally of 618 runs was the highest ever he had managed in a single season of IPL. In 2019, Dhawan had managed to score 521 runs in 16 innings at an average of 34.73. The left-hander has amassed 5197 runs in his IPL career so far at a strike rate of 126.83. He is one of the top contenders to win the Orange Cap this season and will hope to guide his side to the IPL title.

Shreyas Iyer is another player whose place in the Indian team is under question after the emergence of Suryakumar Yadav in the T20I series against England. The Delhi Capitals skipper managed to score 519 runs last season at an average of 34.60. The right-hander scored three fifties and often lost his wicket after getting a good start.

Iyer has been one of the most consistent player for Capitals in the past few seasons. The right-hander scored 463 runs in 2019 at an average of 30.86. However, his tally of 519 runs last season was his best till date in IPL. Iyer is expected to come in to bat at number three and has the potential to make himself a strong contender for the Orange Cap this season.

Rishabh Pant did not have his best IPL season last year as he managed to score just 343 runs at an average of 31.18. The left-hander’s strike rate was on the lower side, which comes as a huge surprise. Pant had a strike rate of just 113.95 last season, which is very low considering his attacking abilities. However, the Delhi wicket-keeper batsman is riding on high confidence currently after his incredible performances in the Test series against Australia and England.

Pant’s highest tally of runs in an IPL season came in 2018, when the left-hander smashed 684 runs at an average of just over 52. He had a handsome strike of 173.60. Pant is expected to come in at number four for the Capitals, the position at which he batted at during most of last season. If given enough time, Pant can cause some serious wreckage and has the ability to win the Orange Cap.