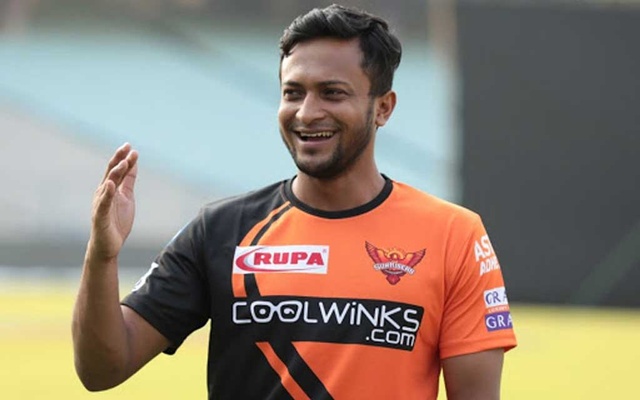 The ace all-rounder from Bangladesh – Shakib Al Hasan will be back in the IPL sphere after missing out on the last edition due to a ban imposed by ICC for failing to report a potential fixing. The talismanic cricketer is likely to set the IPL 2021 auction floor on fire with a couple of franchises showing interest in roping him for the next season.

The former Sunrisers Hyderabad all-rounder has made a return to international cricket in the recently concluded ODI series against the West Indies, where he was adjudged the player of the series for his brilliant performances with both bat and ball.

He has a good record in the IPL playing for Kolkata Knight Riders and Hyderabad and will attract a lot of attention during IPL 2021 auction scheduled to take place in Chennai on February 18.

3 Teams That Might Target Shakib Al Hasan In IPL 2021 Auction:

The ace all-rounder from Bangladesh was part of the Sunrisers Hyderabad squad before he missed the last edition of IPL due to a ban imposed by ICC. The franchise will be keen to rope in the all-rounder once again when he returns to the auction room on February 18th in Chennai.

Also Read: IPL 2021: 3 Associate Players To Watch Out For In The Auction

Shakib is one of the best all-rounders in the business and his ability to contribute to all three departments makes him an integral part of any side he is a part of. He will be a valuable addition to the Sunrisers squad who lacks experienced cricketers in their middle-order.

The Virat Kohli-led side has struggled most due to the lack of depth in their batting order. Shakib-Al Hasan can be the perfect answer to their question of holding the innings after the departure of Virat Kohli and AB de Villiers.

Besides, he is a gun fielder and a handy left-arm spinner – arguable one of the best in the business. A complete package in himself – Shakib Al Hasan can reduce Bangalore’s woes if Royal Challengers goes for him in IPL 2021 auction.