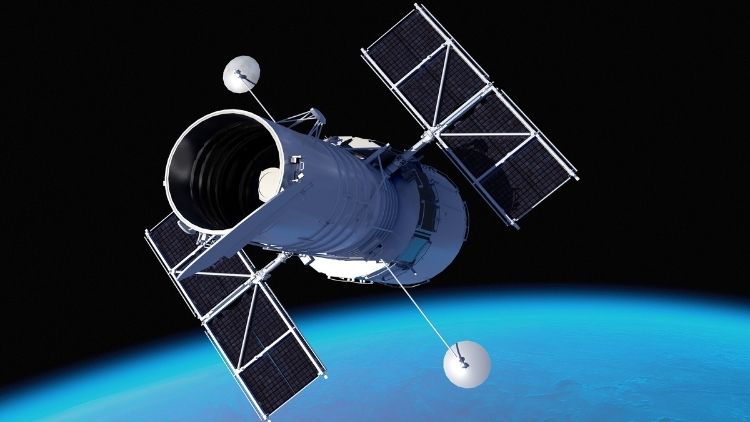 A generation-defining NASA mission allowed us to peek into space more effectively than ever before 31 years ago. The Hubble Space Telescope was launched into orbit in February 1990, and the world has never been the same since. The Hubble Space Telescope was named after Edwin Hubble, a great astronomer. Its primary objective was to serve as the eyes of humanity in the vastness of space, which it accomplished handily.

What the Mission Entailed

In reality, we still have no method of knowing how big the universe is. But the Hubble Space Telescope smashed any estimates we had. In the 1990s, it calculated how far out into deep space we could see for the first time. The answer is 94 billion light-years, which is a huge number. But it’s only a sliver.

Consider yourself standing on a beach, gazing out into the horizon. Although it is a long journey, you have no clue how vast the ocean is. Similarly, by revealing some details about the beginning, the Hubble Space Telescope added to the mystery for everyone on Earth.

Consider the case below. A light-year is a distance travelled by a beam of light in a year, 5.8 trillion miles. This is a statistic that is difficult to comprehend. Regardless of how fast light travels, it cannot get from one end of the cosmos to the other without destroying everything. The expansion of the cosmos is much faster than the speed of light.

Another interesting fact is that light travels at 186,000 miles per second. A ray of light, even at such speed, will not be able to travel from one end of the cosmos to the other before the universe ends. It’s simply enormous. The Hubble Space Telescope has launched 31 years ago, laying the groundwork for all of this knowledge.

Now that the Webb Space Telescope has taken its place, Betway got to sit down with Dr. Steven Hawley, one of the men behind the launch of this man-made marvel three decades ago. We’ve included some of his stories and experiences below.

First, a few introductions. Dr. Hawley is presently a professor of astronomy and director of engineering physics at Kansas University. But he did spend 770 hours and 27 minutes in space between 1984 and 1999, a little more than 32 days. The most important of these missions was the Hubble launch in 1990 and Hubble maintenance flights seven years later.

On both of those missions, he served as the principal operator of the robot arm as well as a flight engineer in charge of the telescope’s launch and entrance. He was in charge of lifting the Hubble telescope from the payload container and then launching it using the robot arm. Although it appears simple on paper, an inch of an error on his part might have easily sunk the project. Remember, there was no such thing as accident avoidance software back in 1990, i.e., no safety nets at all.

For an astronaut, Dr. Hawley has very stern opinions about being weightless in space. Dr. Hawley revealed his numerous environmental concerns when asked about his experiences in zero gravity.

For starters, he believes that working in zero gravity was tough since he had so much to do. He could have done without continuously checking where his feet were, if he was anchored and if he was going to float away and lose his pencil. They hindered his ability to concentrate on the task at hand.

Dr. Hawley still considers the Hubble missions the most significant contribution he’s made to society and science after 31 years. He sends a card to every crew member on the 31 anniversary of the launch, and he has been doing it every year. We hope he continues to do so after the telescope has been replaced.