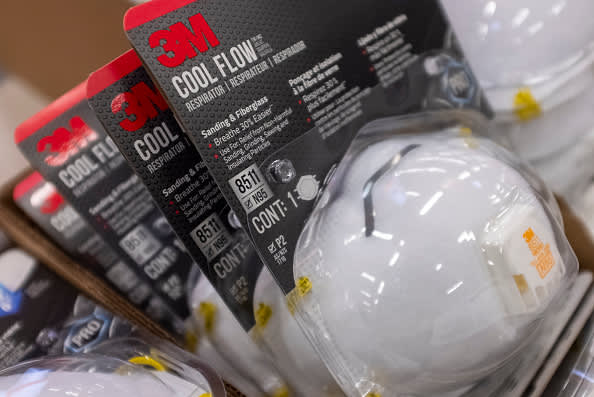 3M Chairman and CEO Mike Roman said Tuesday the industrial giant anticipates demand for its N95 respirator masks to be robust throughout 2021, even as the administration of Covid vaccines drive hopes that the pandemic’s intensity will begin to wane.

The medical-grade masks are considered the best option to protect against infection, and they have been in need — and at times, in shortage — throughout the health crisis. St. Paul, Minnesota-based 3M started to ramp up production of N95s about a year ago, just as the novel coronavirus, which first emerged in China in late 2019, began to capture global concern.

“We do expect demand in our N95 respirator masks to be strong as we go through the year,” Roman said Tuesday on CNBC’s “Squawk on the Street.” “We see the demand, the need, from frontline health-care workers and first responders. That’s still our priority. We’re focused on delivering to their demand and also to some critical industries that require that N95 protection.”

For the full year, 3M reported 12.3% sales growth in its health-care segment, which includes its respirator masks and products such as hand sanitizers. The company’s overall sales of $32.2 billion in 2020 were up 0.1% compared with 2019 figures.

In addition to the near-term need for its masks, Roman said another factor likely driving sustained demand is governments looking to replenish their stockpiles. For example, in August, the Associated Press reported that the U.S. government’s national stockpile of personal protective equipment for health-care workers at the time was nearly depleted.

Shares of 3M were higher by about 3% Tuesday to almost $176 apiece — basically flat year-to-date and down slightly over the past 12 months.