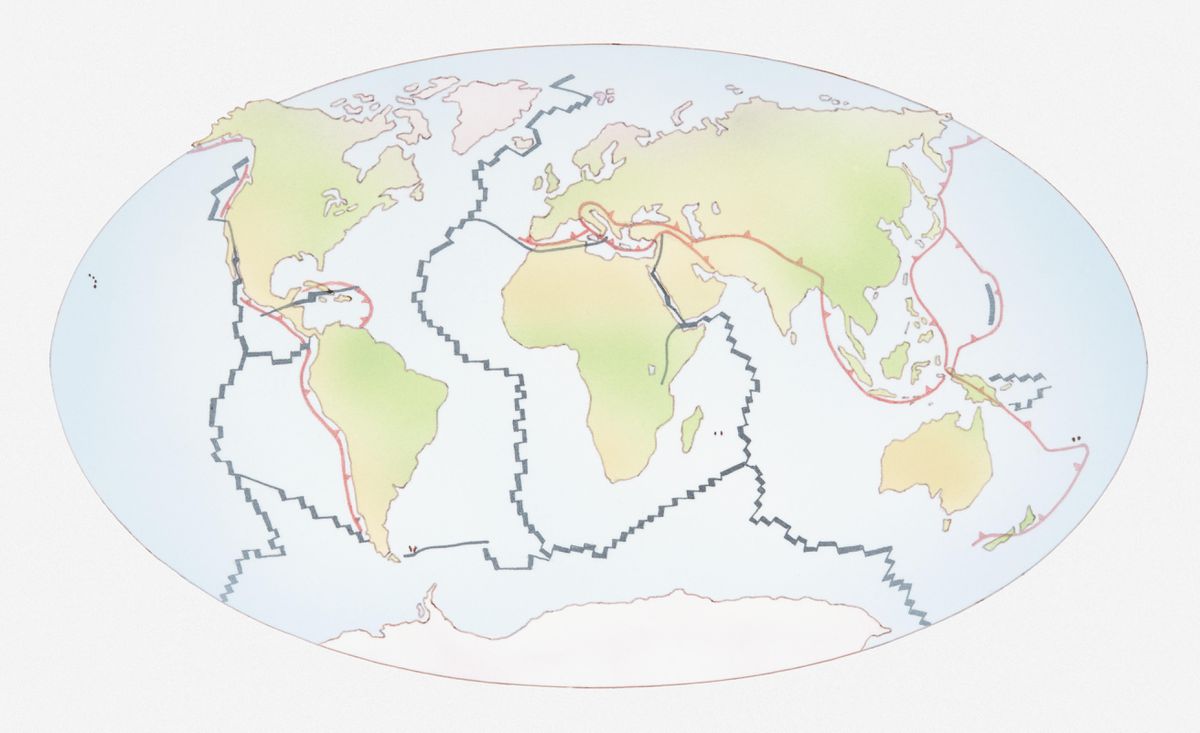 Plate tectonics is a scientific theory describing the large-scale motion of seven or eight large plates (depending on how they are defined) and the movements of a larger number of smaller plates of Earth’s rigid outermost shell. The relative movement of the plates typically ranges from zero to 100 mm annually. Since tectonic processes began on Earth between 3.3 and 3.5 billion years ago this speed – as fast as our fingernails grow – is enough to move continents across the entire planet.

In one of the most complete models ever put together, scientists have condensed a billion years of plate tectonic movements into a 40-second video clip.

The video is based on new research published in the March 2021 edition of Earth-Science Reviews. Lead author and creator of the video Dr Andrew Merdith began work on the project while a PhD student with Professor Dietmar Müller in the School of Geosciences at the University of Sydney. Co-author, Dr Michael Tetley, who also completed his PhD at the University of Sydney, explains the significance of the study: “For the first time a complete model of tectonics has been built, including all the boundaries.”

“On a human timescale, things move in centimetres per year, but as we can see from the animation, the continents have been everywhere in time.”

Over the past four years the reseachers compiled published data of the relative movements from every continent and the tectonic history from often remote regions. The further scientists go into the past, the more difficult it becomes to estimate how plates have moved, The resulting animated reconstruction shows how oceans open and close, continents disperse and periodically recombine to form immense supercontinents.

The arrangement of continents influences sea level, marine currents, and the climate on Earth. Even the evolution of life is modified by tectonics. As continents break apart, species become isolated and eventually evolve into new species. When continents collide, different species will reunite, forming new ecosystems.

Knowing how tectonic plates move allow scientists to better understand how the interior of the Earth convects, chemically mixes and loses heat via seafloor spreading and volcanism.

The study also has practical applications. The distribution of resources from oil to metals is controlled by the formation of basins and mountains as continents split apart or collide.