45 per cent people developed antibodies against Covid-19 in Nellore 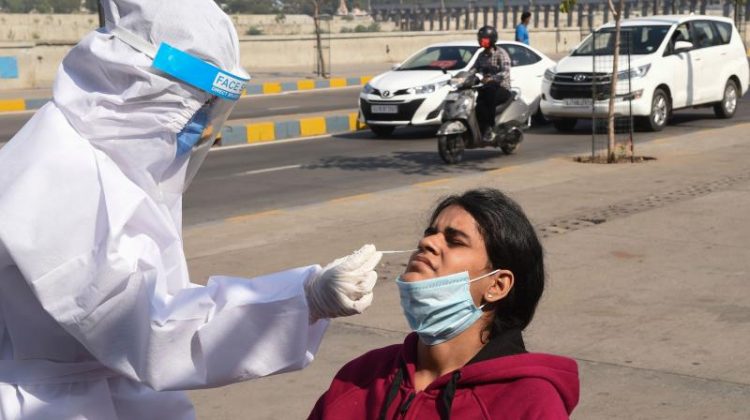 Nellore: As many as 45.8 per cent of the people have developed antibodies against the Covid-19 causing SARS-CoV-2 in SPSR Nellore district, according to the second sero surveillance study carried out by the Indian Council of Medical Research (ICMR).

The survey covering 4,500 people from different walks of life was conducted in November. The third round will be launched on Monday.

The study is an important tool to estimate the antibody levels against infectious diseases in the population and is considered as the gold standard for measuring population immunity.

The study helps to understand the spread of Covid-19 infection and plan its management. While the study shows a large percentage of people has having got Covid-19, they

District collector K.V.N. Chakradhar Babu said that the focus of the second round of the ICMR survey was on VIPs, medical professionals and people travelling daily to different places such vendors moving from villages to towns and vice versa for livelihood.

He said samples were also collected from areas with zero cases or thise totally unaffected by Covid-19.

Referring to the third round of ICMR survey, Chakradhar Babu said the study is a continuous process since antibodies may come down drastically since their lifetime is three months.

According to the collecor, the antibodies percentage as per the studies of ICMR and the state government was 0.51 percent in May (infection phase), 8.2 per cent in (pre-peak phase) in July and 17.7 per cent in September (peak phase) and 45.8 per cent in November in what is being called the plateau phase in SPSR Nellore district.

Chakradhar Babu said the ICMR had changed the standards to confirm immunity against viruses among people based on the number of antibodies present in the blood sample to one, as against 20 in the past.