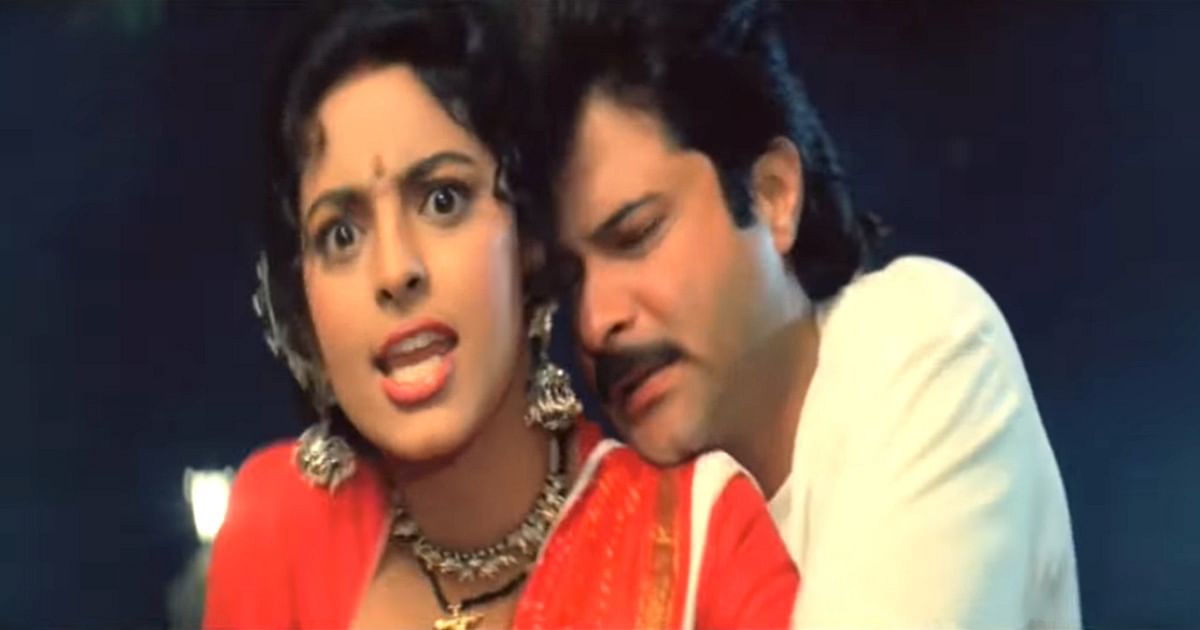 Songs are an integral part of our Indian films. Songs and music were created in accordance with the requirements of the film. Much of the songs describe romance and melody. Some even argue that today’s songs are trash compared to the early ’80s, the ’90s and even early 2000s as well. And if you also believe so then think again. There are some illogical and cringe-worthy songs that made us so awkward.

These songs were filled with s*xual innuendos that will make us ask one question, ‘What were they thinking?’

So here are Bollywood’s illogical but funny songs that will make you cringe.

The video of the song is from David Dhawan’s action-comedy film Andaz, which was released in 1994. The video opens with a suhaag raat scene featuring Anil Kapoor and Juhi Chawla. The lyrics of the song goes by “Main maal gadi tu dhakka laga. Dhakka laga re dhakka laga. Garam ho gaya engine. Iska dhakka deta jha…” Hey Anil Kapoor, what were you thinking?

Madhuri Dixit and Salman Khan’s song, Gale Mein Laal Taai from the film Hum Tumhare Hain Sanam, is extremely funny but illogical as well. While people loved the pair in the film, but creepiness in the song is EPIC. After all the lyrics of the song goes, “Gale Mein Laal Taai, Ghar Mein Ek Chaar Payi, Takia Ek Aur Hum Do, Ek Hi Hai Rasai”. How could anyone control their laughter listening to the song?

Bollywood churned out several romantic songs and they’ll make you want to fall in love. There are songs like Pehla Nasha, Tujhe Dekha Toh Yeh Jaana and many more that’ll make you want to call your ex. But have you noticed that back in late 80s, Madhuri Dixit and Anil Kapoor’s so-called romantic yet illogical song, Batata Vada, was funny and equally embarrassing? How on earth can you compare your love with Batata Wada?

The song is featured in Umesh Mehra’s directorial film Yaar Gaddar, which was released in 1994. The film stars Mithun Chakravarthy, Saif Ali Khan and Sommy Ali in lead roles. The song in question is sung by Udit Narayan and lyrics of the song goes, “Arey mai laya hu chuha apna, kaha hai teri chuhi.” What does this suppose to mean?

Must Read: Priyanka Chopra: From Giving Desi Vibes In A Saree To Sleeping Like A Queen, Breakfast To Dinner Outfit Ideas From PeeCee