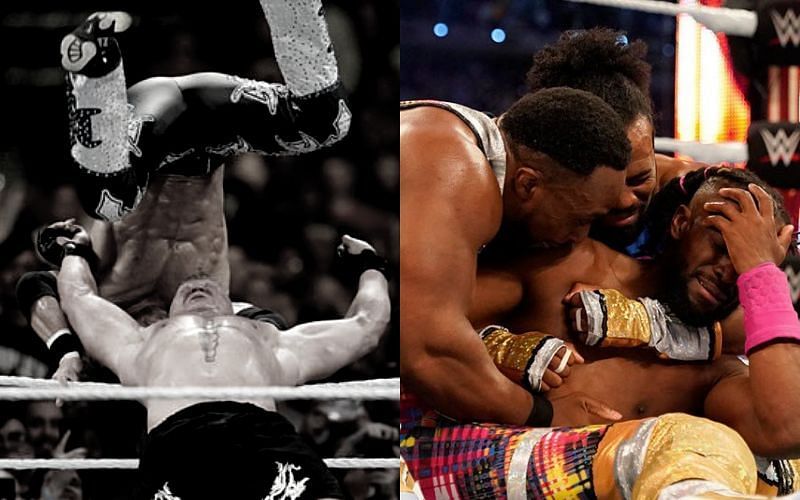 The Royal Rumble match is one of the most entertaining matches in WWE. This one-of-its-kind in-ring battle has a long history that boasts of several records created over the years. From Superstars who have spent the most time inside the ring to those who have most eliminations in a single match, there are a lot of accomplishments that commands respect from the fans.

On the other end of the spectrum, there are also a few records that WWE Superstars might not want to remember. There have been times when the top names were eliminated from the prestigious Royal Rumble match faster than Brock Lesnar ended Kofi Kingston’s WWE Championship reign.

In this article, we will take a look at five current WWE Superstars who were eliminated from a Royal Rumble match in less than 10 seconds. It should be noted that two former world champions were eliminated in less time than what you took to finish reading this introduction. So, without further ado, let’s begin.

The first entry in this list features from last year’s Royal Rumble. The event saw a dominant display from Brock Lesnar until Drew McIntyre walked into the ring and eliminated The Beast Incarnate. Before that, Lesnar managed to eliminate a total of 13 Superstars from the match which accounted for two big records in WWE’s history.

But Brock Lesnar and Drew McIntyre were not the only highlights of the match. John Morrison got a Royal Rumble record etched for himself, albeit it might not be the one he boasts about. Morrison entered the ring at No. 5 and was almost immediately thrown out Brock Lesnar. The latter took a total of nine seconds to eliminate Morrison.

There was not enough time for anyone to see Morrison do something inside the ring during this Royal Rumble match. Everything happened way too quickly for anyone to realize that yet another Royal Rumble record has been created. Following the pay-per-view, Morrison continued his partnership with The Miz, and the duo have had fun across RAW and SmackDown.

Currently, John Morrison spends most of his time alongside Miz. He recently cashed-in his tag team partner’s Money in the Bank contract, but Miz got it back on a technicality. He is expected to back Miz at Royal Rumble 2021 as The A-Lister intends to cash-in his contract during the WWE Championship match between McIntyre and Goldberg at the pay-per-view.