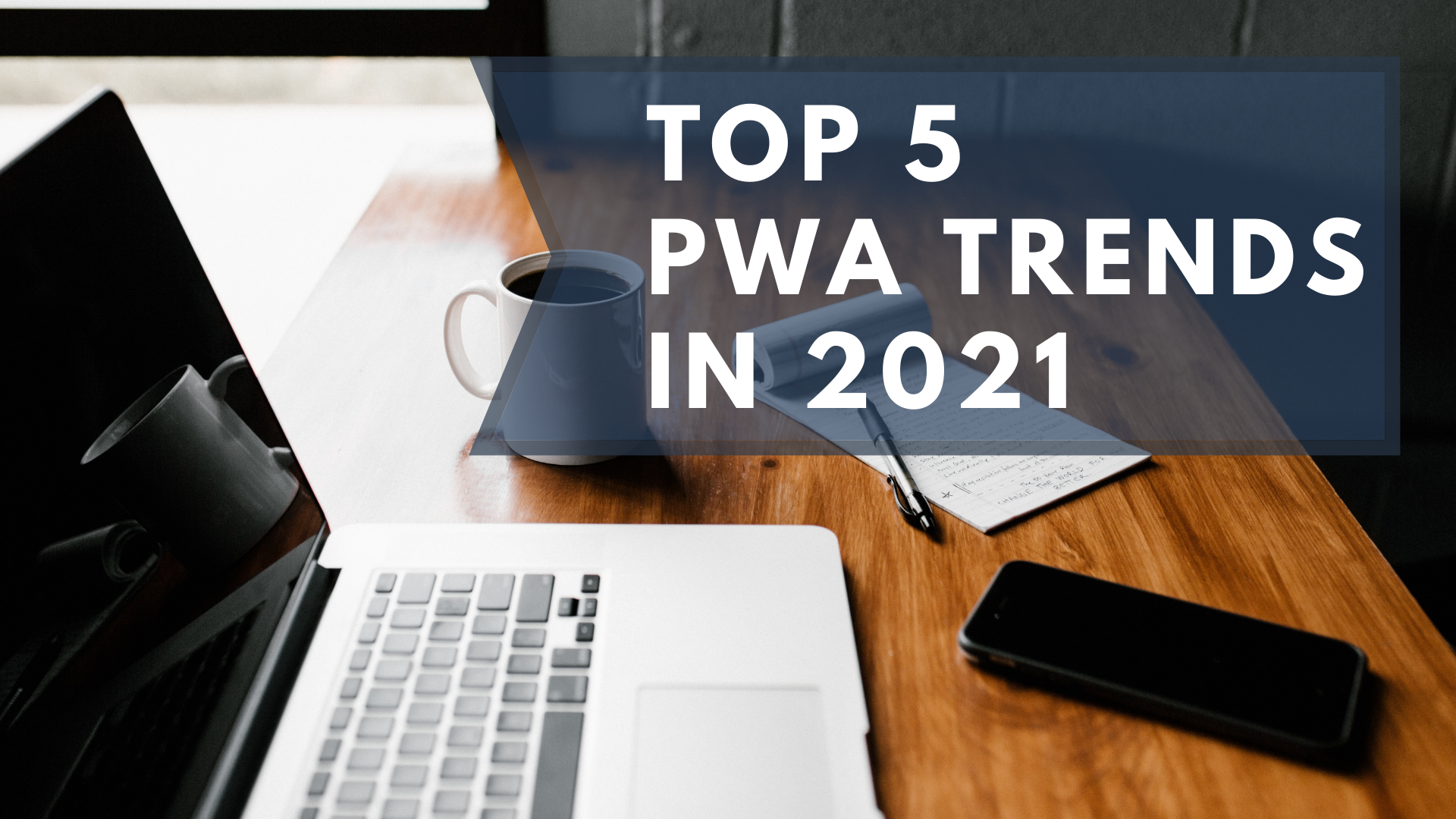 Since the introduction of the term “progressive web app” by Google in 2015, this technology has been proliferating into web development more and more actively. Big and small eCommerce players are particularly interested in such a technology as it has already proven its auspicious effect on the mobile sessions length, conversion rates, and revenue. The key to such improvements of KPIs is the set of features that makes a PWA an incredibly convenient place to look for goods and make purchases even in comparison with a regular downloadable mobile app!

Let’s briefly discuss the advantages of PWAs and talk about five important features that developers are widely applying when building progressive web apps in 2021. Some of them are not obligatory but they aid to remarkably enhance user experience.

The capability of working in unstable networks and even without an internet connection is regarded as one of the core pros of PWAs. Certainly, these apps are connectivity-independent only to some extent.

The technology that facilitates such a possibility is called a Service Worker. It cashes plenty of data while you are using the app so that the next time you open the PWA, it loads instantly and ensures the possibility to perform some actions offline. This Offline-First approach hugely ameliorates the convenience of using web apps.

Let’s briefly outline how it works. When the internet suddenly disappears, you can still browse pages that were looked through earlier and cached. You can even add an item to the cart if you’re shopping. Corresponding requests will be waiting in the queue until the connection is restored.

Several cache strategies determine the speed of loading and the freshness of data given to a user: “networkOnly”, “cacheOnly”, “networkFirst”, “cacheFirst”, and some more. Most of the time, developers opt either for loading the app from the cache or firstly checking the availability of the network with a possibility to still load from cache. It goes without saying that the first option is lightning-fast.

Perhaps, you’ve already got the question of how to let customers know that the content in your PWA has changed? Basically, when a person launches an app, a service worker detects and cashes all new data that will be used during the next visit. But it’s better to provide users with significant updates straight forward, isn’t it?

Thus, developers quite frequently implement the practice to notify users about new versions of PWAs right during current sessions. For visitors, it looks like a pop-up screen with an announcement about an update. Users are invited to reload the app, press OK to update it or close the pop-up screen.

And this is not the kind of update that loads for ages, biting a weighty chunk of memory as is often the case with native apps. We would say that such an option should become a gold standard in the PWA development.

How many times have you encountered the situation when a website is loading, and you see a white screen or awkward disorganized columns of text? That’s extremely irritating and urges you to close this page. You can’t predict how long it would take to load this website and what to do: wait or reload?

There are at least a couple of tricks that help to retain a user even when some problems with the internet occur. A co-called Application Shell is a pretty popular solution. This is a kind of a skeleton of a PWA, it’s a full and flawless page layout that is cached by service workers during a first-time visit and is then loaded instantly with every subsequent launch.

Placeholders here are a small but important enhancement indicating that the dynamic elements of a PWA are actively loading now. They outline future layouts, and subconsciously it’s perceived like the app will load very shortly.

4. Placing the Menu at the Bottom

Every PWA is by default responsive, which means it is displayed correctly and is handy in use on a PC, tablet, or smartphone. But as the share of mobile shopping is constantly increasing, the primary focus for the PWA building is to obtain a native app-like appearance and UX/UI. A mobile app is a traditional reference here.

Therefore, a PWA is not just a responsive version of a regular website. In order to guarantee comfortable navigation and a pleasant user experience, PWAs include some design elements that drastically distinguish them from those of classic websites.

For instance, the menu bar with main sections such as “Home”, “Category”, “Cart”, and “Account” is placed at the bottom of the page frame. Thus, all primary navigation buttons are reachable by thumb that substantially eases interaction with a PWA.

5. Authentication with a Code

This approach has become quite common for mobile apps, and now it is gradually being implemented in progressive web apps as well. This type of authentication is far handier for users as they aren’t obliged to memorize passwords and go through the annoying password recovery process in case they forgot one.

As people tend to visit some sites and log into them once a month or even less, a code that is sent to a phone or email every time a person uses a PWA is the best possible practice of authentication. Not to mention, this is safe too.

A PWA is a versatile solution that simultaneously improves user experience on every device. Its impressive loading speed and performance make interactions with an app smooth and pleasant. Its ability to work even with poor internet connection and its flawless design increase the duration of sessions and lead to better conversions. Of course, other optimization tools are also helpful for achieving such goals but what we recommend is a fundamentally new approach to websites’ tweaking. Draw attention to these PWA trends that will help your business stand out on the market.

Kate Parish, Chief Marketing Officer at Onilab with 8+ years of experience in Digital Marketing and website promotion. Kate always strives to stay in pace with the ever-advancing online world, and the sphere of Magento PWA development. Her expertise includes in-depth knowledge of SEO, branding, PPC, SMM, and the field of online sales in general.

5 Important Features of PWA for Developers (2021)