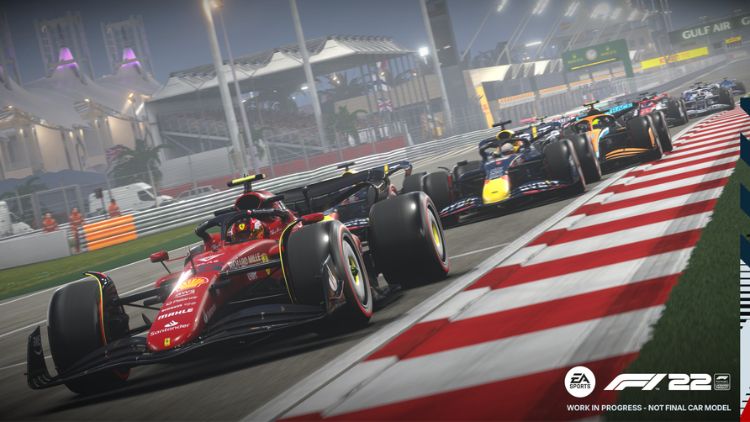 It’s nearly launch day for those who have pre-ordered F1 22, so ready your engines. Here are 5 things all fans should know before buying F1 22.

F1 22 brings new car models, updated physics and new rules mirroring the real world. 2022 Formula 1 world championship ground effects have been reintroduced. New tire regulations see tire size going from 13 to 18 inches. The temperatures to heat the front and back tires have dropped to 70°C. Changes to aerodynamics, restrictions to the number of aerodynamic upgrades over a race weekend and the course of a championship and standardized components are some of the other changes. Gameplay-wise, Codemasters had to re-examine aerodynamics from previous titles ensuring that downforce from ground effects under the car is accurate.

There are two different modes you can use to race in the game. These are broadcast and immersive modes. When in a race, these will affect the way certain features work such as pit stops, safety cars and the formation lap. Those on broadcast mode won’t have to control the car when under safety car conditions for example. They will instead be treated to some TV style camera angles following the cars as they lap. Those in immersive mode will have full control over their formation lap, including lining up on the grid and the timing of their pit stop when in the pit lane. These features add another layer of accessibility to the game as well as an added element of realism for those chasing a realistic F1 gaming experience.

3. Select Your Own Commentator

For the first time you can pick your race commentator in-game from a long list of commentators. This includes Sky Sports David Croft and Natalie Pinkham. Channel 4’s Alex Jakes for those around Europe. Other options include Sasha Roos, Jack Vilnerv and John Eric Verne so you really will be able to tailor your race weekend to be the exact experience that you want.

The race weekend now comes in three different formats. This includes standard, authentic, and sprint and race. As sprint races were missing from F1 2021 despite them being present in real life, they have now been added to F1 22. The exciting thing is that you can participate in them at any track in the F1 calendar as opposed to just the tracks that have them in the real world. As with the full race itself, you can also change the length of the sprint races. For example if you go for short then you’ll only be doing five lap sprint races. But if you choose long then you’ll have 50 laps sprint races. This means that you can add sprint races to any track in the calendar but also put them at any length that you want, that’s some neat customization right there.

The handling this year is also very different. Now this is a combination of a new tyre model as well as the latest aerodynamic changes. Due to the new regulations for the first time in a long time there has been a large change between F1 games in the way the cars themselves behave. For example, this will largely play out on the curbs. On the whole, the cars are lower and have a stiffer sidewall on the tyre. This leads to two possibilities, you can now beat your car completely leaving you stranded and kerbs will also be far less forgiving from now on. When exiting a corner you’ll notice a fair amount of oversteer. Primarily this will have you having to tweak your setup further or just watch your throttle as you exit a corner.