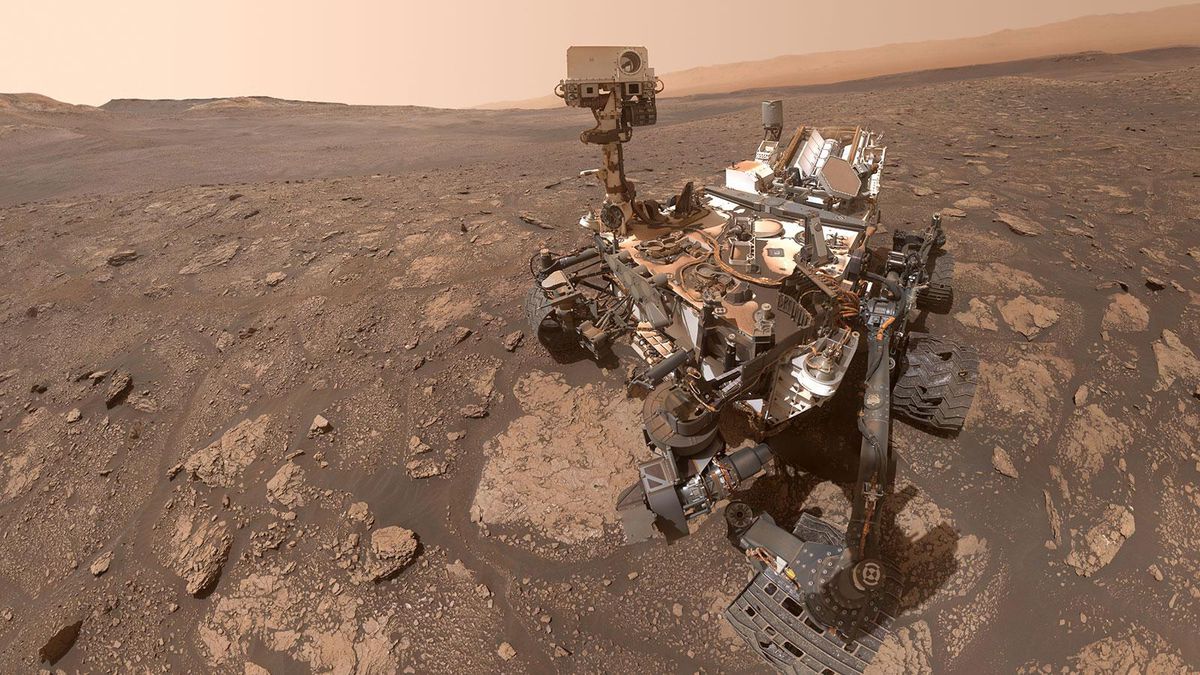 With NASA’s Mars Perseverance rover less than three weeks away from landing on the red planet, it only seems appropriate to look back at its predecessor —- the Mars Science Laboratory (MSL) Curiosity rover.

By no means does Perseverance’s arrival signal an end to the science that Curiosity continues to generate. But Perseverance’s entrance on the scene does signal the opening of a more ambitious era of complementary Mars surface exploration.

Here are five interesting tidbits that Curiosity has uncovered during its eight years at Mars’ Gale crater.

—- Gale Crater was capable of supporting life 3.5 billion years ago.

Curiosity’s scientific mission is to explore Gale crater and figure out if Mars ever was capable of supporting life, Ashwin Vasavada, NASA’s MSL-Curiosity rover Project Scientist told me. We’re looking at a site where the rocks formed about 3.5 billion years ago, since we think that if Mars ever had life, it was more likely in the ancient past when the atmosphere was thicker and there was more liquid water, he says.

Curiosity wasn’t designed to detect life, but to determine if Mars had all the necessary conditions, such as liquid water, the chemical building block of life such as carbon, and energy sources that life could use, says Vasavada.  In the first year of its mission, Curiosity found a site called Yellowknife Bay that once held an ancient lake, he says.

From the minerals left behind, we can tell that the lake water was not too acidic and not too salty, says Vasavada. We also found carbon, nitrogen, sulfur, phosphorus, and other elements that life requires, he says.  And perhaps most importantly, curiosity found potential sources for energy for microbial life there.

“This spot on Mars indeed was habitable, if life ever was present,” said Vasavada.

—- Lakes were present for millions of years in ancient Gale crater.

Curiosity landed next to a three-mile-high mountain of sedimentary rock, says Vasavada. Like the Grand Canyon on Earth, the oldest rocks are at the bottom, younger ones are on top, and each layer is a record of the conditions from a particular time, he says.

Curiosity has now climbed over 1300 feet on the mountain and has found a nearly uninterrupted record of ancient lakes in Gale crater that likely lasted for millions, if not tens of millions of years.

Even though the lakes are long gone, Curiosity can see bands in the rock that are the remnants of millimeter-thick layers of mud that settled out in the lakes, perhaps at a rate of one per year, says Vasavada.  And he says that there is some evidence that occasionally the lakes dried up, but then returned.

—- Organic matter was present on ancient Mars and has even survived intact to this day.

Most are simple, only a few carbon atoms in length.

Yet it’s possible that these carbon-based molecules on Mars may be fragments of more complex organic molecules that have degraded over billions of years, Vasavada says. And he notes that it’s surprising that even these simple molecules survived.

It’s possible they were long buried and only recently appeared on the surface through natural processes of erosion.

“[But] the fact that such molecules were available makes the ancient environment even more suitable for life,” says Vasavada.

—- There are occasional spikes in methane gas that so far have no explanation.

Telescopic observers on Earth claimed they saw methane gas (similar to natural gas on Earth) in Mars’ atmosphere in the years before the rover arrived, says Vasavada. It seemed to come and go in large plumes, he says. This was quite surprising because methane is thought to be destroyed quickly by other chemicals, and wasn’t thought to be present, he notes.

Curiosity, however, is equipped with a special sensor for methane and the rover has found a tiny background level of methane, averaging about 1 part methane per 2 billion parts of Mars air, says Vasavada. And a few times over the last eight years, he says, the rover has detected spikes of ten to twenty times as much.

But Vasavada cautions that although the detection of methane on Mars is exciting because it can be produced by biology on Earth, there also are non-biological explanations. Yet to date, the source of Mars’ methane remains a mystery.

“Either way, it’s very interesting because it means that it is being produced somehow, and seems to vary quite a bit for reasons we don’t yet understand,” said Vasavada.

—- Curiosity witnessed and made measurements through a planetary-wide dust storm.

Like in deserts on Earth, wind is constantly blowing and grinding away at the geology, says Vasavada. This leaves a lot of dust behind, which occasionally gets whipped up into huge clouds, he notes. Clouds absorb sunlight and heat up, making the winds even more intense, he says.

With no rain or oceans on Mars, every few years the dust storms will grow until they wrap around the entire planet, says Vasavada. In 2018, such a storm occurred, and Curiosity was able to witness it from the ground, he says.

Although Mars has an atmosphere less than one percent of Earth’s, the most dramatic effect of the storm was that the sunlight in Gale Crater decreased by 97 percent.

Even with a thin atmosphere, the wind is capable of moving sand around, says Vasavada. Sand dunes were discovered on Mars in the 1970s, but Curiosity is, actually, the first landed mission to watch sand move in the wind, he says.

What lies ahead for Curiosity?

In the next year, Curiosity will study a major transition from clay-rich rock layers to sulfate-rich rock layers, potentially the result of a planet-wide change in its climate from wet to dry, says Vasavada. We came to see whether ancient Mars was suitable for life and what has been the most surprising to me is just how suitable it was, he says.

“Everything was in place for life to use, we just haven’t found evidence that life made use of it,” said Vasavada.

Curiosity’s kit of 10 science instruments includes 17 cameras, a laser to vaporize and study small pinpoint spots of rocks at a distance, and a drill to collect powdered rock samples, says NASA. By measuring the chemical fingerprints present in different rocks and soils, the rover can determine their past histories and potential interactions with water, the agency notes.

Will the Curiosity rover last another decade?

Curiosity is doing great considering it’s been on Mars eight years, four times its minimum goal, says Vasavada. Something major could happen that shortens the life of the mission at any time, but barring that, the mission’s life is limited by its plutonium power source, he says.

Over the next decade, NASA will need to cut back on the rover’s activities gradually.

“At some point there won’t be enough energy to keep the rover going,” said Vasavada.

RELATED:  'It Wasn't Me' at 20: Shaggy explains origin of cheating anthem, surprising response from women and new Super Bowl ad