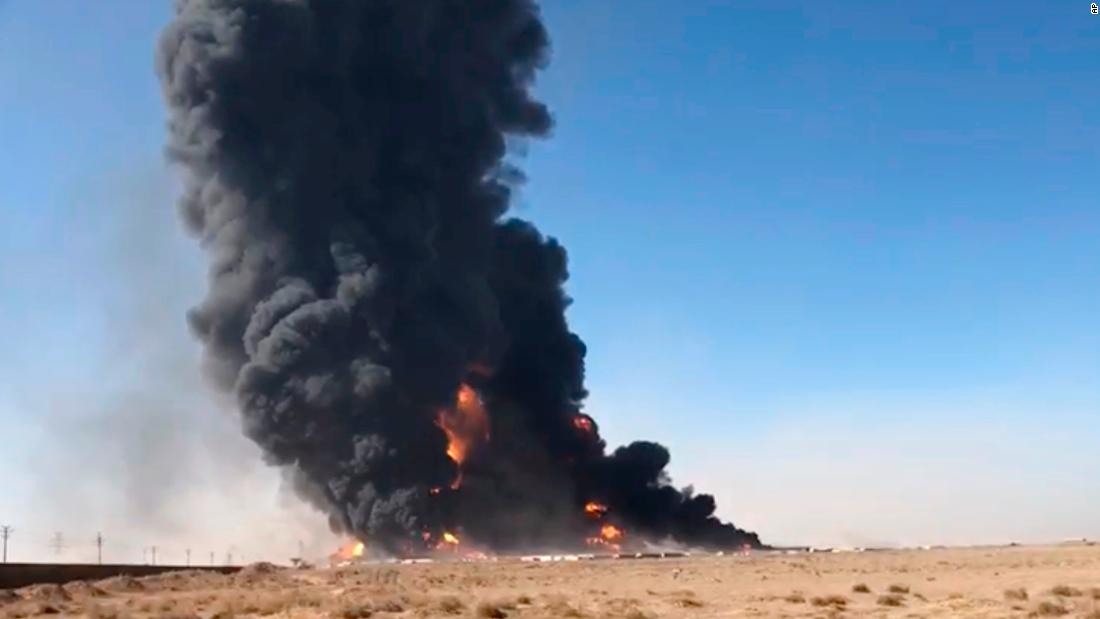 The blaze took place at the customs office in Islam Qala, in Afghanistan’s western province of Herat.

Photos from the scene show tall flames and plumes of thick black smoke, visible even from a distance.

At least 17 people were injured and taken to the Islam Qala clinic and Herat Regional Hospital, according to Mohammad Rafiq Sherzai, spokesman for the Herat public health department. No further information is available yet on casualties.

“Everyone was terrified. They were escaping. Cars were stuck,” eyewitness Khalil Ahmad told TOLO News.

Herat Gov. Waheed Qatali said officials had sought help from Iran, as the Afghan side lacked the resources to put out the huge blaze.

Iran will dispatch relief and rescue teams to the region to assist in the emergency response efforts, as requested by Herat officials, according to the Iranian state-run IRNA news agency.

Iranian state-run Press TV reported that the damage was on the Afghan side of the border and did not affect Iranian customs.

“Up to now there has been no report about damage on Dogharoon border terminal,” said Omid Jahankhah, supervisor of customs offices in Iran’s Razavi Khorasan province, according to Press TV.

According to Press TV, Iran is a major supplier of goods to Afghanistan and that the terminals are often packed with fuel tankers.