56 GPs to go to the polls in Yadgir district today 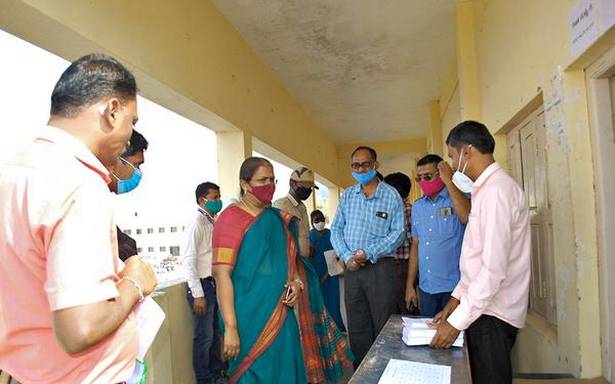 All preparations for Sunday’s gram panchayat elections in the second phase have been put in place, Deputy Commissioner of Yadgir R. Ragapriya has said.

A total of 858 candidates are contesting in 360 seats in Yadgir taluk, after 99 candidate were elected unopposed.

There are 581 candidates fight for 234 seats in Gurmitkal taluk, after 68 candidates were elected unopposed.

And, 631 candidates are facing elections to 243 seats in Wadagera taluk after 40 candidates were elected unopposed, Dr. Ragapriya said.

Elaborate security arrangements have been made to ensure fair, proper and peaceful elections, Dr. Ragapriya said.

As many as 72 polling stations have been identified as hypersensitive. Of these, 31 are in Yadgir, 23 in Gurmitkal and 18 are in Wadagera, the Deputy Commissioner said.