Home TechnologyGadgets 5G Was a Tax on Smartphones in 2020 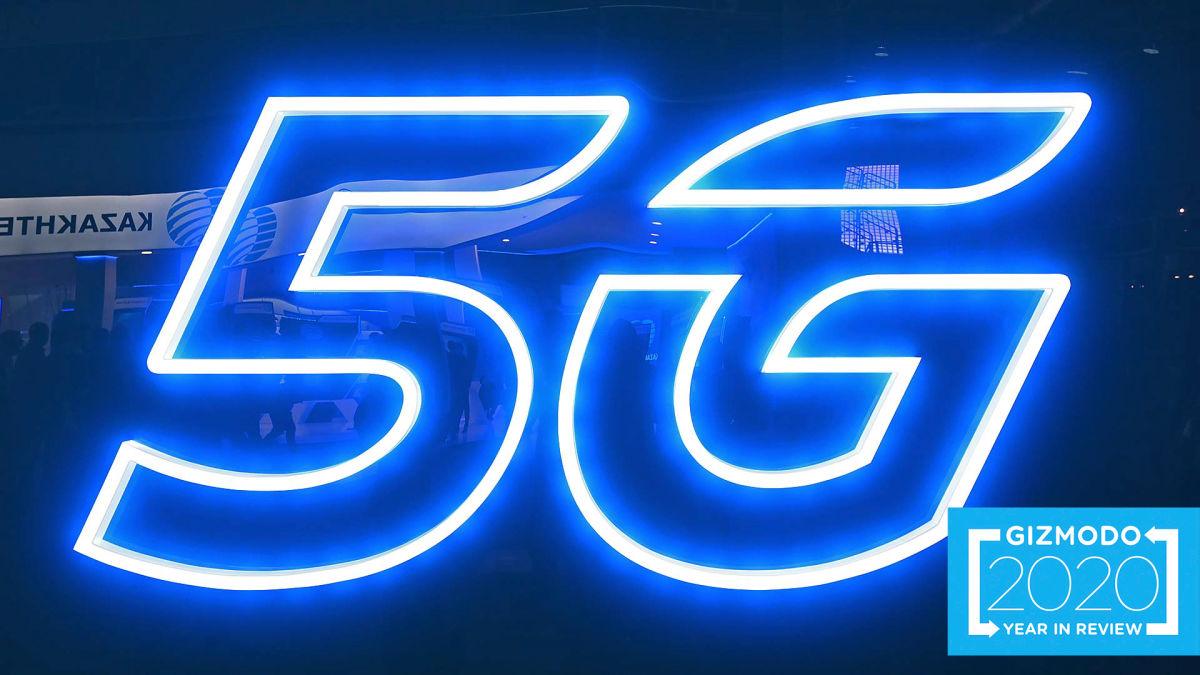 Year In ReviewYear In ReviewWe look back at the best, worst, and most significant moments of the year, and look forward to next year.

Unfortunately, due in large part to a certain virus, things didn’t turn out that way. Instead, people spent much more time inside, relying on home broadband and wifi to serve up the internet, sometimes leaving mobile networks underutilized and underappreciated. This meant the ongoing development of cellular 5G networks and all the possibilities 5G promises to unlock felt like even more bluster than normal, which is impressive coming from an industry that routinely tries to pump up the benefit of its services. There’s really no other way to say, 5G was a tax on smartphones in 2020.

In terms of speed, the numbers are pretty clear. For those who have access to sub-6Ghz or 2.5GHz 5G (which makes up a large part of T-Mobile’s 5G network), I’ve found that 5G increases mobile data speeds by around 15 to 20%. It’s a nice boost during times when you are out and about, but it’s not exactly a game changer, and the improved speeds aren’t something you really notice on a day-to-day basis.

As for mmWave 5G (aka UWB if you’re on Verizon or 5G+ on AT&T) which plays a much bigger role in Big Red and Ma Bell’s networks, I’ve seen mobile data hit download speeds upwards of 1,500 Mbps. While you won’t get those speeds all the time, according to Speedtest.net those peak numbers are almost 10 times faster than the U.S.’s average fixed broadband speeds (170 Mbps) and more than 20 times faster than average mobile data speeds (63 Mbps). And in some places, I’ve seen or heard of mmWave 5G hitting well over 2,000 Mbps downloads.

The problem is that even though U.S. carriers aren’t charging extra for access to 5G, with so many people stuck at home and traveling significantly less, the impact of 5G has been seriously muted. Doubly so for mmWave 5G, as right now, mmWave 5G doesn’t penetrate through walls and windows, which means if you’re inside, there’s no UWB or 5G+ to be had. But once again, because 5G isn’t making your bill go up drastically, at least it’s less annoying on that front.

The real issue is that adding 5G support tends to bump up the price of a handset by around $100 or more. That’s a rough price hike to swallow, especially when you consider how many people have lost their jobs or support systems this year.

While it’s somewhat hidden, we can see this increase simply by looking at the launch prices of a bunch of new 5G phones that came out this year. Last year, the iPhone 11 launched at $700, while the new 5G iPhone 12 debuted at $800. It’s true that the latest crop of iPhones (and smartphones as a whole) come with new features like MagSage charging and better screens, however the cost of many of those new features are offset by price reductions of older or less advanced components.

It’s a similar story for Samsung, with the standard Galaxy S20 launching at $1,000 (and not even supporting mmWave 5G) compared to a launch price of $900 for last year’s Galaxy S10. And while it’s hard to blame Samsung for not anticipating a global pandemic, the Galaxy S20 Ultra’s launch price of $1,400 made most iPhones seem cheap.

The price bump for 5G wasn’t restricted solely to the big two either, as smaller phone makers like OnePlus was very clear that the move to 5G would result in increased prices for its phones. And as expected, this year’s OnePlus 8 Pro came out at $900, which is more than $200 more than last year’s OnePlus 7 Pro.

But perhaps the clearest indicator of price bumps incurred by adding 5G can be seen on the Google Pixel 5, which in the U.S. supports both sub-6GHz and mmWave 5G and costs $700, while international versions of the Pixel 5 only featured support for the less expensive sub-6GHz 5G and had price tags that are around $100 less. That’s a significant difference just to support a cell network you can only use outside.

Another important consideration is that because 5G modems suck up more juice than a standard 4G modem, 5G can have a significant impact on the overall battery life of a phone, and something that can weigh heavily on smaller 5G phones like the iPhone 12 Mini.

Now make no mistake, 5G is going to become increasingly important, especially as it pertains to new technologies like self-driving cars, mobile VR, and more. But the reality of 5G, at least in 2020, is that it made phones noticeably more expensive without bringing the kind of impact you’d expect for the price. Right now 5G support is a nice benefit for people with new phones that live in the right area, but more than that, it’s a tax to ensure your phone doesn’t totally get left behind, particularly for anyone planning to hold onto their handset for more than two years.

Ok, but what about everyone else? For those who don’t feel a burning desire to upgrade immediately, the best tactic is to sit tight. As with most technologies, increasing scale and efficiency helps bring prices down over time, and with phones like the Nord N105G having recently gone on sale for under $300, it won’t be too long until we have a much greater choice for affordable 5G handsets. The same goes for the Pixel 4a 5G, which is a great phone for the price even if you never use 5G.

Alternatively, if you do need a new phone and don’t feel like getting gouged for a feature you might not use, you may be able to tide yourself over by picking up one of last year’s flagship phones, many of which have received steep discounts as device makers and carriers look to clear out inventory ahead of 2021. And because a number of this year’s budget and mid-range phones like the standard Pixel 4a didn’t include support for 5G either, they serve as strong potential candidates for people looking to avoid the 5G tax.

Either way, there’s no denying 2020 was a rough year for everyone, both regular folk and businesses small and large (not named Amazon). And while 5G may have been a tax on phones this year, here’s hoping things will be better in 2021.