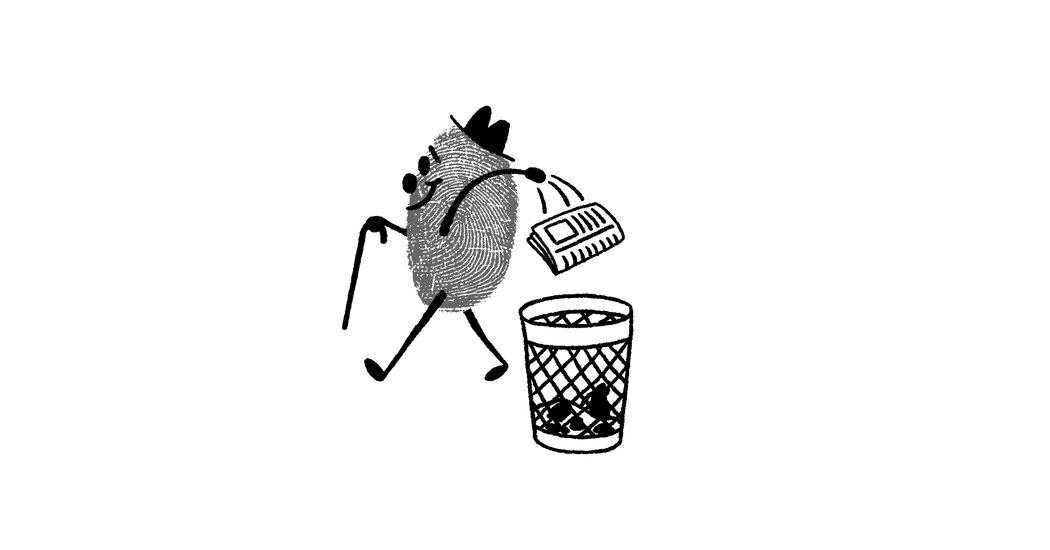 Each day, our editors collect the most interesting, striking or delightful facts to appear in articles throughout the paper. Here are 74 from the past year that were the most revealing.

1. Japan’s legal system has a 99 percent conviction rate.
Carlos Ghosn, at Home but Waiting for the Next Move

2. Fishing remains the United States’ second most dangerous profession, after logging.
Overtaken by Frigid Seas, Hours From Help, There Was Little Chance of Survival

4. The Lehigh Valley in Eastern Pennsylvania is within an eight-hour drive of one-third of American consumers.
What the Rebirth of This Old Steel Center Means for Trump

8. In Thailand, the military has staged 18 coups since the end of the absolute monarchy in 1932.
Thai Soldier in Mass Shooting Had Business Clash With His Commander

9. About 95 percent of Egypt’s population lives on about 4 percent of the land, a green belt roughly half the size of Ireland that follows the Nile as it snakes through the desert, then fans out into the Nile Delta.
As Egypt’s Population Hits 100 Million, Celebration Is Muted

10. Twice a day, the low tide of the River Thames drops the water level in some areas by as much as 20 feet.
Mudlarks Scour the Thames to Uncover 2,000 Years of Secrets

12. For decades after the birth of modern photography in 1839, one of the most common uses of the technology was a professionally shot photograph of a dead family member.
The iPhone at the Deathbed

13. The Scott Paper Company was the first company to introduce toilet paper with cardboard rolls, back in 1890.
My Tireless Quest for a Tubeless Wipe

14. Fearing they would face a shortage of wood for coffins after the first aerial attack on London in World War II, officials in the British Home Office believed they would have to bury thousands of people in cardboard or even papier-mâché.
How Churchill Brought Britain Back From the Brink

15. According to a 2008 study by the United States Institute of Peace, nearly 90 percent of women in Afghanistan will experience some form of domestic abuse in their lifetime.
They Killed Their Husbands. Now in Prison, They Feel Free.

16. At one concert in Vienna in 1808, his last public appearance as a pianist, Beethoven unveiled the Fifth Symphony, the “Pastoral” Sixth, the Fourth Piano Concerto and “Choral Fantasy.”
Review: Beethoven’s Biggest Concert, Now With Heat

17. One study, published in Nature Climate Change in March, found that more than half of the world’s sandy beaches could disappear by the end of this century.
The Original Long Islanders Fight to Save Their Land From a Rising Sea

19. The summit of Mount is Everest is about the size of two Ping-Pong tables.
After Deadly Jam on Everest, Nepal Delays New Safety Rules

27. Before the Industrial Revolution, the principal sources of noise were thunder, church bells and cannon fire.
Loud, Louder, Loudest: How Classical Music Started to Roar

28. Off the coast of the Bronx, Hart Island, now home to a cemetery for the homeless and for unidentified bodies, was once the site of city jails, a Civil War prison camp and an insane asylum for women.
How Covid-19 Has Forced Us to Look at the Unthinkable

29. Rats must gnaw, and constantly, because their sharp, hard incisors grow continuously throughout their lives — around four or five inches a year.
Oh, Rats! Finally Moving Your Car? You May Get a Surprise.

31. If they were a country, cows would rank as the world’s sixth-largest emitter of methane gas, ahead of Brazil, Japan and Germany.
The Business of Burps: Scientists Smell Profit in Cow Emissions

33. In May, Elon Musk and his girlfriend, Claire Boucher, the musician known as Grimes, had a child and named him X Æ A-12.
Tesla Owners Try to Make Sense of Elon Musk’s ‘Red Pill’ Moment

34. Richard Scherrer, the engineer listed first on the patent for Lockheed’s F-117 stealth aircraft, had moonlighted in the 1950s to design some of the rides at Disneyland, including Dumbo the Flying Elephant.
Looking at War Across 2,500 Years

35. Fungi can be trained to eat cigarette butts, used diapers, oil spills and even radiation.
Whether You’re Making a Meal or Cleaning an Oil Spill, There’s a Fungus for That

37. There may be trillions of species of virus in the world. Of them, a few hundred thousand kinds are known, and fewer than 7,000 have names.
Monster or Machine? A Profile of the Coronavirus at 6 Months

38. Brooks Brothers, which Henry Sands Brooks founded in Manhattan in 1818, is the oldest apparel brand in continuous operation in the United States.
Brooks Bros., ‘Made in America’ Since 1818, May Soon Need a New Calling Card

39. Black women, on average, earn 64 cents for every dollar a white man earns, according to research from the Economic Policy Institute.
The Stark Racial Inequity of Personal Finances in America

40. A study on voting behavior by the economist Enrico Cantoni found that a quarter-mile increase in distance from a polling booth reduced voting by 2 to 5 percent.
For Racial Justice, Employees Need Paid Hours Off for Voting

42. Over the past five years in Minneapolis, the police have used force against Black people at seven times the rate it has been used against white people.
Policing in America Is Broken and Must Change. But How?

43. Only a certain peanut bred for the proper size and the look of its shell makes the cut for the ballpark trade. It’s called the Virginia, grown in that state but also in the Carolinas, Texas and, to a lesser degree, New Mexico.
Ballpark Peanuts, a Classic Summer Pleasure, Have Been Benched

47. We breathe roughly 25,000 times a day.
Breathe Better With These Nine Exercises

48. The self-storage industry got its start in the 1960s, when swelling consumerism led Americans to buy more stuff than they had room for.
Americans Hunker Down, Threatening the Self-Storage Industry

49. At 17, Lucille Ball left her upstate New York high school for Broadway, only to be told: “You just don’t have it. Why don’t you go home?”
The ‘Wildcat’ Episode, or, Did Broadway Love Lucy?

50. Bayes’s theorem is a device for rationally updating your prior beliefs and uncertainties based on observed evidence.
How to Think Like an Epidemiologist

51. After getting swallowed by a frog, the beetle Regimbartia attenuata can scuttle down the amphibian’s gut and force it to poop, emerging soiled but alive.
There Are Two Ways Out of a Frog. This Beetle Chose the Back Door.

52. Penicillin, which was discovered in 1928, would have vanquished the pneumonia that killed many people during the 1918 influenza pandemic.
In N.Y.C.’s Coronavirus Surge, a Frightening Echo of the 1918 Flu

53. The fist bump was reputedly popularized by Fred Carter, a high-energy N.B.A. player of the 1970s.
Will We Ever Touch (Professionally) Again?

54. Before taking what would become a famous photograph of Florence Owens Thompson known as “Migrant Mother” in 1936, Dorothea Lange drove 20 miles past the camp where Ms. Thompson was staying before deciding to turn around.
America at Hunger’s Edge

55. The beaches of Svalbard, a Norwegian archipelago, are covered with “blubberstones” — gravel mingled with rendered fat, vestiges of the mass killings of seals and whales.
Grief and Geology Both Take Time in ‘The Book of Unconformities’

56. Martha Stewart, who has a line of CBD products, including pâte de fruit, was introduced to the palliative effects of cannabis by Snoop Dogg, a friend, at Comedy Central’s 2015 “Roast of Justin Bieber.”
Martha Stewart, Blissed Out on CBD, Rides Out the Pandemic

57. In the United States, prison life sentences have quadrupled since the 1980s.
Making Art When ‘Lockdown’ Means Prison

68. Sports teams first visited the White House in 1865, when President Andrew Johnson welcomed baseball’s Washington Nationals and Brooklyn Atlantics.
Even With a New President, Sports at the White House Won’t Be the Same

69. Once rare off Southern California beaches, great white sharks are beginning to show up more often. The newcomers are mostly juvenile sharks, which prefer the warm waters closer to shore.
When Sharks Turned Up at Their Beach, They Called in Drones

70. Many stories have been told over the years about the inspiration for the song “Lola” by the Kinks. The group’s singer, Ray Davies, said it came from an encounter at the Castille Club, a Paris nightspot the group frequented.
Ray Davies on 50 Years of ‘Lola’

71. Underground, trees and fungi form partnerships known as mycorrhizas: Threadlike fungi envelop and fuse with tree roots, helping them extract water and nutrients in exchange for some of the carbon-rich sugars the trees make through photosynthesis.
The Social Life of Forests

72. The Olympic track star Rafer Johnson was a regular in Robert F. Kennedy’s presidential campaign entourage in 1968. Johnson helped to tackle Sirhan Sirhan after the assassin shot Kennedy at the Ambassador Hotel in Los Angeles.
Remembering Rafer Johnson in a Long Year of Lost Sports Legends