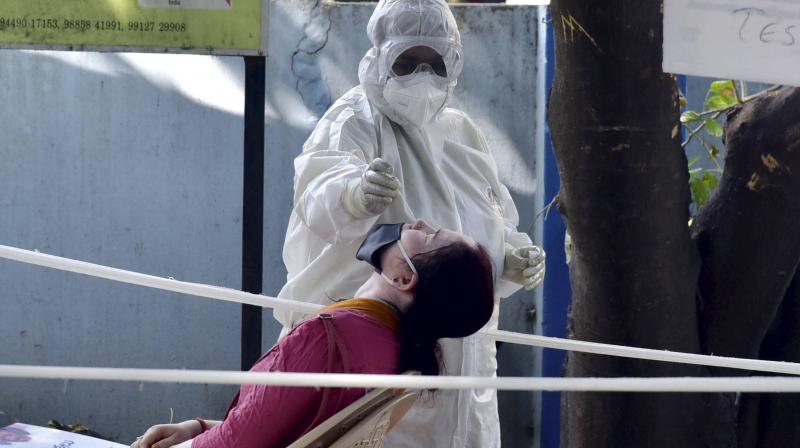 Chennai: Seventy nine more people have tested positive for coronavirus on the Indian Institute of Technology-Madras campus here, taking the tally in the institution to 183, a senior health official said on Tuesday.

Out of the 978 samples lifted from the IIT-M since December 1, a total of 183 people have tested positive till date and results for 25 specimens alone were yet to be received, Tamil Nadu Health Secretary, J Radhakrishnan said.

For testing, as many as 539 samples were taken on Monday alone which includes workers in addition to students and from this batch, 79 tested positive, he said.

The overall positivity rate vis-a-vis the institution has however gone down to 15 per cent from about 20 per cent seen earlier, he said.

A majority of those affected were students and the rest being people like workers in canteens. All of them are being treated at the government-run King’s Institute of Preventive Medicine and Research here.

Following the outbreak, the institute shut all its departments and classes were being held online.

Allaying fears over further spread of the virus in the area, the official told reporters that IIT-M was only a localised cluster.

Earlier, similar localised outbreaks were witnessed elsewhere like in a large textile store and in a gathering for a feast and hence, people should wear masks always without fail and follow all other norms to help prevent the virus spread, he said.

Testing would be done for those associated with facilities like canteens in educational institutions and mansions for early identification of positive cases and treatment, he said.