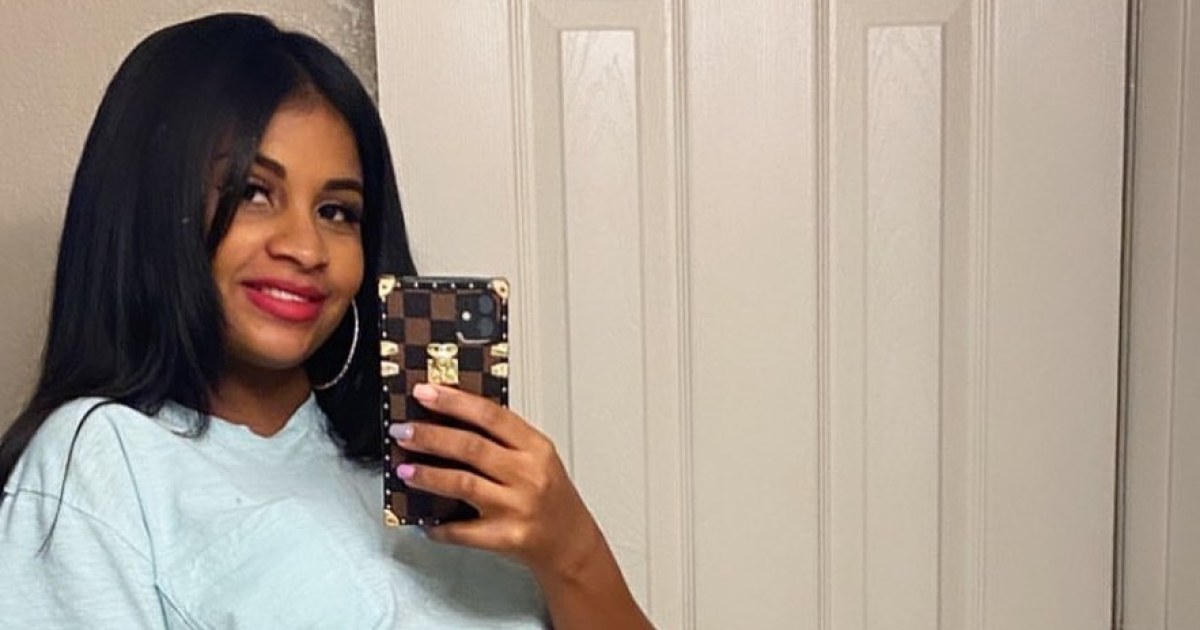 Hot mama! 90 Day Fiancé star Anny has been showing off her post-baby body since welcoming her daughter, Brenda Aaliyah, with husband Robert on July 28. While the new mom is loving life with her bundle of joy, she is determined to shed the baby weight — even with a newborn on her arm.

On August 19, the season 7 alum revealed she already dropped 20 pounds since bringing their little girl home from the hospital during an Instagram Q&A. Although she’s lost a good portion of her baby weight, she said still has a way to go after gaining 35 pounds during pregnancy. To help get to her goal, she told fans she is doing her best to stay hydrated and active.

Shortly after giving fans a look at her fitness journey, she showed off her progress on her Instagram Story. “27 [pounds] postpartum,” she wrote on a mirror selfie highlighting her curves on Monday, August 24. “No nails,” she added with a crying laughing emoji.

Although Anny is on a mission to get her former body back, she is enjoying life as a new mom. During her Q&A session, she said she loves “everything” about being a parent and revealed Robert’s son Bryson “loves” his little sister so much already.

While Brenda is Robert’s sixth child, he is thrilled to be experiencing fatherhood again. After the couple announced the arrival of their daughter on Instagram, the dad made sure to thank his fans for their well-wishes. “My beautiful wife and my beautiful baby girl. Thank you all for your love and support. Your love is overwhelming,” he wrote at the time.

Later on, the doting dad shared the meaning behind his little girl’s name. “Brenda is a strong, unbreakable, attractive, irresistible, ravishing, loving lady who knows her self-worth,” read a screenshot posted to social media.

The attentive parents surprised their fans and revealed they were expecting in April while sharing a photo of Anny’s growing belly and a shot of her ultrasound. “I feel so happy and fortunate to share the arrival of my baby – ‘my gift from God.’ The baby has not been born yet, and it’s the most beautiful feeling that I have ever felt,” she wrote at the time. “It fills me with joy to know that I’ll have someone to fight for and give the best of myself to.”