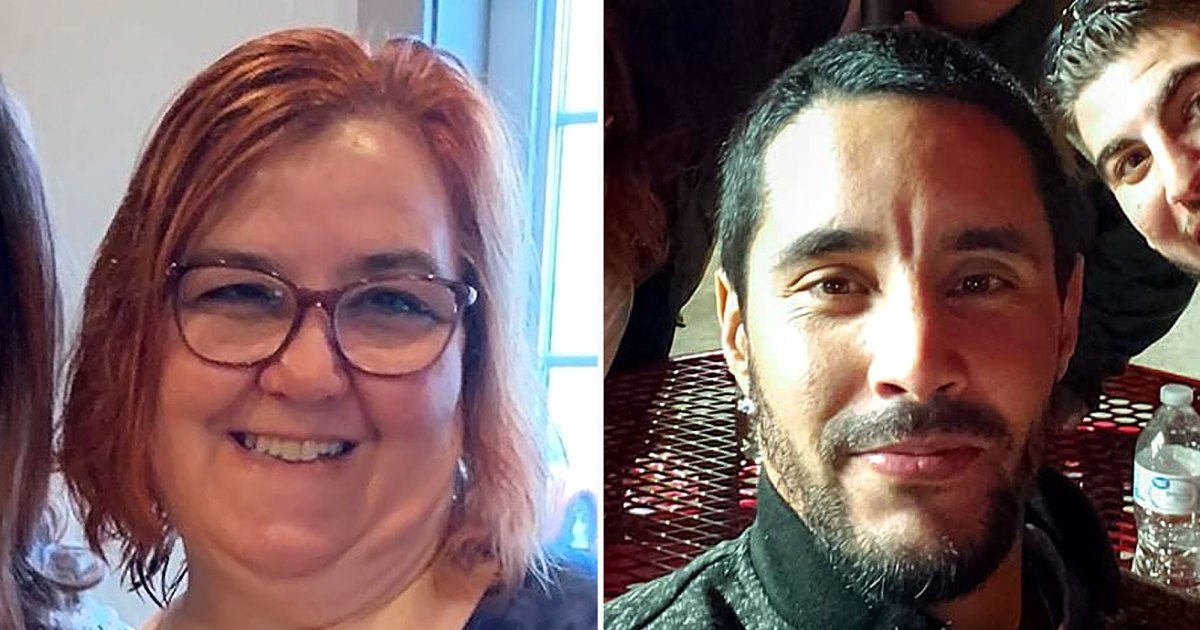 The big moment has arrived! 90 Day Fiancé OG Danielle Jbali (née Mullins) returned to the franchise on discovery+’s spinoff 90 Day: The Single Life, where she documented her reunion with ex-husband Mohamed Jbali — which marks the first time the exes will come face to face on camera since their nasty 2017 divorce.

Danielle, 47, said she’s managed to move on but she hasn’t been able to find love again. She said her rebounds haven’t worked out because she’s still mourning her divorce, which is why she’s been single for three years.

She was on bad terms with Mohamed, 32, for about two and a half years but that changed when he randomly reached out to her in early 2020. They had a “pleasant” chat and Mohamed showed interest in what Danielle had been up to since their nasty divorce. Danielle wasn’t ready to fully trust Mohamed and his intentions at first and she wasn’t sure if he was just being nice because he “needed something.”

Eight months after his first text, Danielle received another message from her ex-husband. Since Mohamed works as a truck driver, he travels around the country constantly and he sent her a photo of highway signs for Toledo and Columbus. “I’m in Ohio. How are you?” he asked.

“I don’t feel totally comfortable because it took me forever to get over the anger and the sadness and the depression that he caused me when he left. If those feelings came back now, I would have to restart over on rebuilding my life,” Danielle revealed in her confessional.

Danielle admitted she was nervous about meeting up with the Tunisia native but she eventually agreed to meet up with him at a local restaurant the next day.

“Seeing Mohamed is going to be hard. I loved him but I also felt betrayed by him. The scary part about going to see him is I don’t know if I’m gonna have the anger side or the side that loved him,” Danielle explained. “I truly loved Mohamed but I am doing this for myself right now because I can’t move on and find someone else until I get closure. I want closure. That’s the big thing. I want closure.”

Danielle said Mohamed never apologized to her for hurting her in their marriage and divorce and she would like to hear him say he’s sorry. There’s also a part of her that still has feelings for her ex-husband.

“I’ve managed to move on and forget the anger but I’ve been through so much with Mohamed and I’m a little bit worried that romantic feelings will come back because deep down, I will always care about Mohamed,” Danielle said, choking back tears.

Once they both arrived at the local diner and were seated for their meal, the exes started catching up. Danielle told Mohamed that she felt she deserved an apology from him. While Mohamed insisted Danielle also made mistakes in their marriage, he apologized for making her feel like he left her when she was at her lowest.

Danielle then asked Mohamed what his intentions were, and he said he just wanted to make “peace” with her. Danielle seemed hesitant to accept his answer, telling him he’s only ever reached out to her in the past when he needed something from her.

Mohamed responded, “I don’t need you for anything. I have nothing to gain from this, just saying, ‘Hi’ and ‘Bye,’ and maybe we can be friends. And don’t even think in the future that I’m going to need you for anything for the immigration, OK? It’s between me and the government, that’s it.”

Danielle said because she and Mohamed were married for two years, she is still linked to him because of the K-1 visa. After they tied the knot, Danielle became Mohamed’s sponsor on his affidavit of support, which means she agreed she would be financially responsible for Mohamed for his first 10 years in the U.S. if he ever needed help with finances.  But since he has a good job as a truck driver, she isn’t worried about him asking for help or needing her financial support.

At the end of their meeting, Mohamed told Danielle he hoped to see her again soon. “I feel like that went good,” Danielle said in her confessional. “There was no fighting. I felt like he was listening to me for once.”

Mohamed also had similar feelings about their meeting. “Now it’s a good chance for me and her to be friends and get over this stupid drama that we’ve been living for many years,” he said in his confessional. “Especially now, she’s not the same person going after me, trying to force me into a relationship. So I think, yeah, it’s OK.”

But Danielle couldn’t help but get emotional after their reunion. “It was a different Mohamed that came here today and …” she said as she started to cry. “I wish that I could have seen that Mohamed when we were together. I wish that I could do it all over again and I just want something that I can have that’s real and that’s gonna last forever. I want to find happiness and someone to love me for me.”

90 Day: The Single Life is available to stream on discovery+.