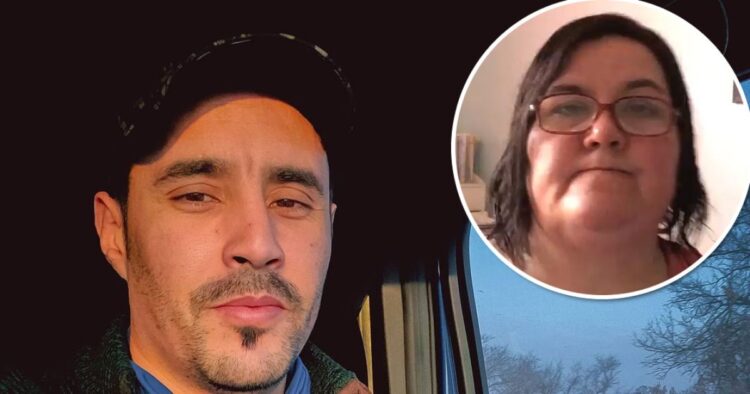 It’s been over three years since they finalized their divorce in December 2017, and emotions are running high in the teaser clip obtained by Entertainment Tonight ahead of the Sunday, April 4, episode. “You said the horrible things about me, saying that no man would ever sleep with me and stuff again,” she tells him.

“Something like that should never be said to a woman,” the season 2 90 Day Fiancé personality adds. “I need to hear you say sorry.”

In the Single Life scene, Mohamed, 27, is on a FaceTime call with Danielle, 48, as her friends stand beside her for support. During a solo confessional, Danielle admits she would be “devastated” if he didn’t express any remorse for what he said.

Mohamed tells Danielle on the call that he also would appreciate an apology for her past remarks. “It’s like you made me say this stuff,” he explains. “Because I was hesitant. I don’t want to talk about this kind of stuff. You started talking about it. It’s like you opened it up. … You should have just said, ‘OK, I don’t want to talk about this,’ and I would’ve never said it. Don’t drag me into any kind of drama again. I’m trying to fix my life. So please do not bring drama into my life anymore.”

When her friend Lexi chimes in to say his previous comments were unnecessary, Mohamed further defends his stance, replying, “I’ve been through a lot.”

“Of course, I regret saying those things, because when someone gets mad, you just say anything to make the other person feel hurt,” he continues. “I’m not supposed to say that. And I regret it. Sorry for saying that.”

“She is the only person that did a lot of good stuff to me, here in this country,” he says in appreciation of their time together, bringing tears to her eyes. “Even with all the fights, all the nasty stuff … and she’s a good person. This is the truth. … If we put all the drama aside, I respect her as a person.”

Danielle previously opened up about their rebuilt friendship in an April 2020 interview with In Touch, revealing she had “moved on for good” but was glad they were finally able to become cordial.

The TLC alum first shared news of their reconciliation in the premiere episode of 90 Day Fiancé: Self-Quarantined, which aired around that time. Danielle said she and Mohamed forgave each other and were ready to leave the past behind them.