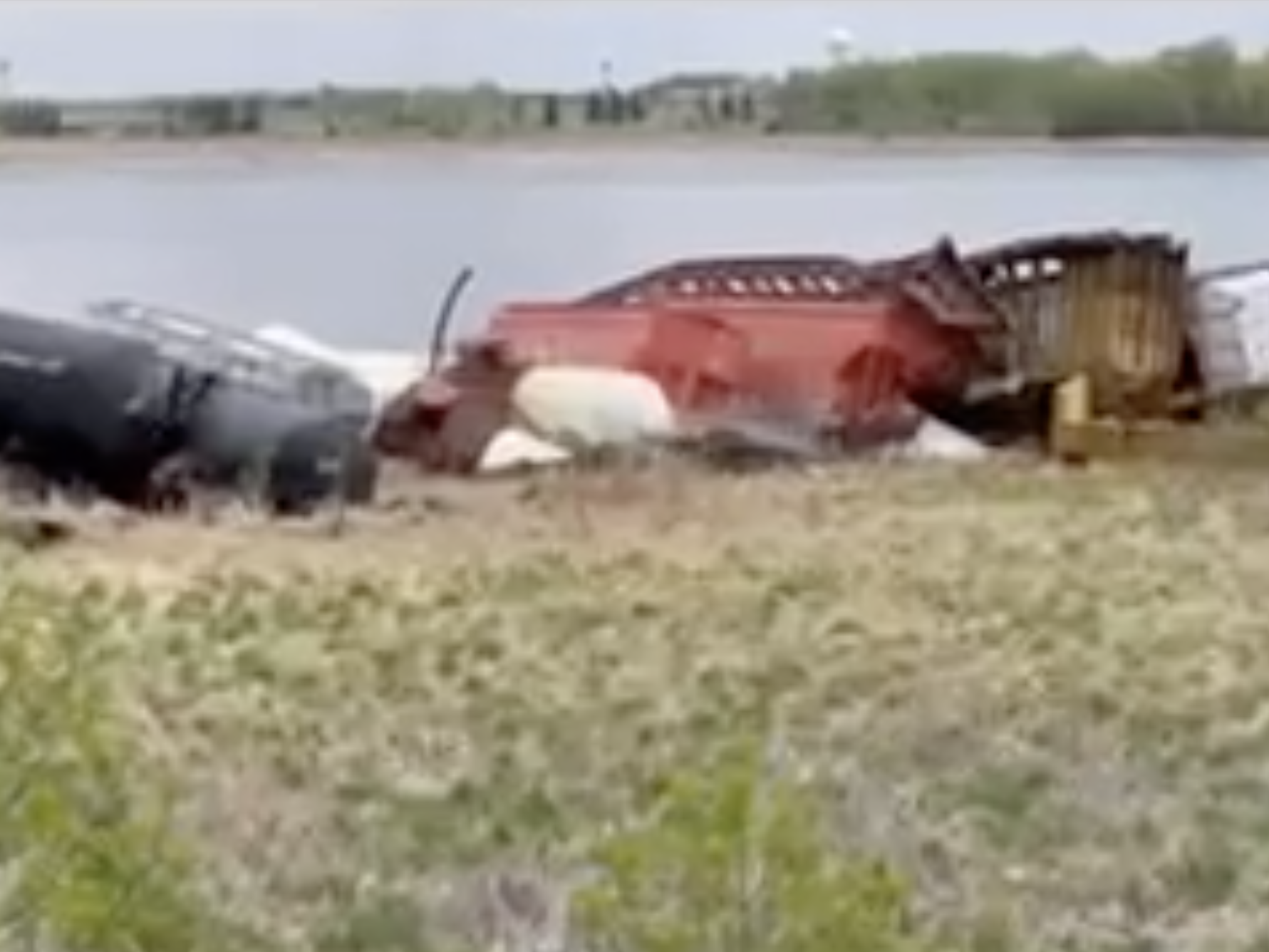 A 50-car Union Pacific train derailed Saturday afternoon in Minnesota, leaving dozens of cars piled up in a lakeside wreckage, and at least two of them leaking hydrochloric acid.

Police and Union Pacific both confirmed no crew members were injured in the derailment.

A company spokesperson told Insider in a statement that the derailment affected roughly 28 of the train’s cars, and that it was working with emergency responders on a response plan for the hydrochloric acid leak.

The statement added that the train was carrying mixed commodities, and the cause of the derailment was being investigated.

Aerial footage from the local news station WCCO showed what appeared to be dozens of derailed train cars piled up on top of one another and partially submerged in water.

Authorities also posted a video on Facebook showing the twisted remains of the train near the shore of Goose Lake, just north of the Iowa border.

The Albert Lea Police Department said in a statement that a Hazmat team was on scene “to assist with material load containment,” and that there was “nothing airborne at this time.”