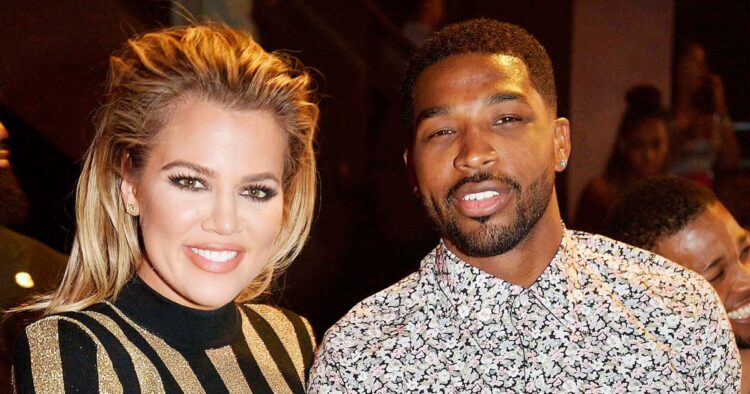 What a whirlwind! Khloé Kardashian and Tristan Thompson’s relationship has been tumultuous, to say the least, and a lot happened between them leading up to their romantic reconciliation in July 2020. Now, the longtime couple is even sparking engagement rumors.

The pair first linked up in 2016 and has been on a roller coaster of emotions ever since. After the duo announced they were expecting their first child, daughter True Thompson, the NBA star cheated on the mother-to-be when she was nine months pregnant. Although KoKo was deeply hurt by the athlete’s actions, she decided to give him another chance.

In a shocking turn of events, the Cleveland Cavaliers player was caught cheating on the Good American founder with Kylie Jenner’s best friend, Jordyn Woods, In Touch confirmed in February 2019. The couple decided to part ways just 10 months after the basketball star’s first run-in with infidelity.

After the pair split, Tristan did all he could to get back into Khloé’s good graces, including gifting her lavish presents and gushing over all her Instagram photos. At first, Khlo was hesitant to give Tristan another chance.

These days, however, it seems like the former flames are back on good terms. In March 2020, a source told In Touch exclusively True’s parents are “getting on better than ever” while “self-quarantining” amid the coronavirus pandemic.

As the coparents hunkered down with their daughter, True, “They look like a happy, loving family,” another source exclusively told In Touch. Even Kris Jenner was pleased that the former duo were getting on in close quarters. “[Kris] sees a silver lining when it comes to Khloé’s situation,” the insider explained. “She loves that Tristan and Khloé are together, under one roof.”

Thankfully, “Kris and Khloé both see the changes in Tristan,” the insider revealed. Although, “that may all change when the quarantine ban is lifted.”

It looks like Tristan has stayed on the straight and narrow. In June, a third source told In Touch KoKo “really believes” the athlete has “changed” following his infamous cheating scandals.

While the pair “[has] been trying to work [out] their [differences] for a while now,” the insider revealed Khloé was “really worried about going public” with her reignited romance. She feared the “backlash it would create and she [doesn’t] want to hear everyone’s opinions.”

The insider added, “She takes everything to heart — all the tweets, IG comments, etc — and she reads everything.”

Take a look back at this volatile couple’s dramatic relationship timeline below.