A Brief Reminder Of Charles Kushner’s Creepy Crimes, Through Tweets 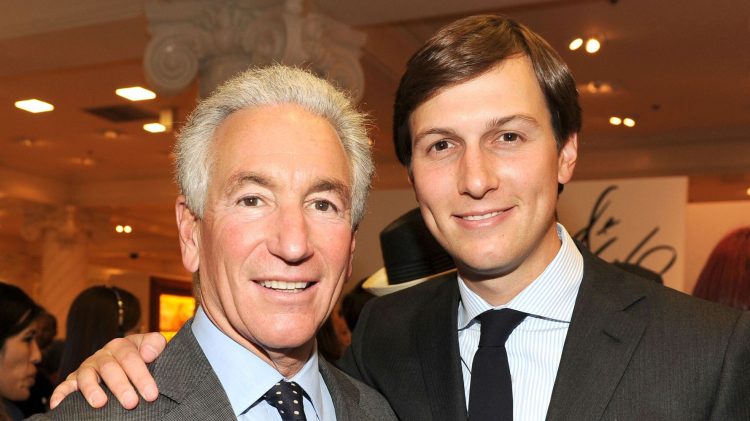 Donald Trump’s latest flurry of presidential pardons for allies included a family member, Charles Kushner, who was jailed 15 years ago for tax evasion, making illegal campaign donations and tampering with a witness, his brother-in-law, by orchestrating a sex tape with a prostitute and sending it to the man’s wife.

Charles Kushner is the father of Trump’s son-in-law, Jared Kushner. His name shot up on Twitter’s list of trending topics Wednesday after the White House announced he had been granted clemency, along with Trump’s friend and confidant Roger Stone, former campaign chairman Paul Manafort and 26 others.

Critics noted Kushner’s crimes had been described by the prosecutor, former New Jersey Gov. Chris Christie, as “one of the most loathsome, disgusting crimes that I prosecuted when I was U.S. attorney.”

Kushner pleaded guilty in 2004 to 18 counts of tax evasion, witness tampering and making illegal campaign donations. He confessed to retaliating against his brother-in-law, who was cooperating with federal authorities, by hiring a prostitute to seduce him. He filmed the encounter and sent it to his sister, the man’s wife.

Twitter users, journalists and critics offered a recap of his crimes after his pardon.

His July 2004 takedown of Charles Kushner was one of Chris Christie’s most well-publicized triumphs as U.S. Attorney, helping to set the stage for his successful bid for governor several years later pic.twitter.com/fOD6CDySwh

4/ Christie last year described it as “one of the most loathsome, disgusting crimes that I prosecuted…and I was the U.S. Attorney in New Jersey.” https://t.co/9rEb3x4QCQ

5/ Charles Kushner served 14 months in prison and has since become a big donor to outgoing President Trump.

And obviously, his son Jared is the president’s son-in-law.

Charlie Kushner, prosecuted bu Chris Christie, hired a prostitute to seduce his brother-in-law, had it recorded and sent the tape to his sister, just to recap. https://t.co/7l3vpKdWy7

“Kushner paid a prostitute $10,000 to lure his brother-in-law to a motel room … to have sex with him. A hidden camera recorded the activity, and Kushner sent the lurid tape to his sister, making sure the tape arrived on the day of a family party.”https://t.co/n9jwspeYBk

Charles Kushner hatched an elaborate revenge plot in 2003 to target his brother-in-law, who was cooperating with prosecutors. Kushner hired a prostitute to have sex with his brother-in-law and filmed it. Kushner then sent the tape of the encounter to his sister.

It will be interesting to see what @GovChristie, who prosecuted Charles Kushner, and whose work on the transition was thrown out and who was excluded from the government because of Jared Kushner’s grudge about it, has to say about @realDonaldTrump‘s pardon of Charles Kushner.

The thing about many of these pardons is that they are unnecessary. Charles Kushner served 14 months in a minimum-security prison camp and was released almost 15 years ago.

These pardons are just “Eff you’s” to everyone and everything. A petulant child breaking things bc he can. https://t.co/NSN3hMmrxv

After Kushner was sentenced to two years in prison, then-U.S. Attorney @ChrisChristie said this: pic.twitter.com/z7PSaaitwp