Home General A congressman-elect from Louisiana died from Covid-19 complications.

A congressman-elect from Louisiana died from Covid-19 complications. 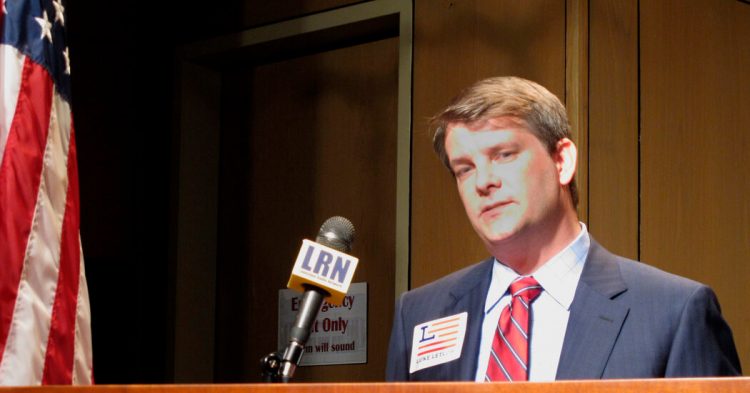 Luke Letlow, a Republican who was elected to the House of Representatives this month to represent Louisiana’s fifth Congressional district, has died of complications from Covid-19, a congressman from the state said. He was 41.

Mr. Letlow was set to take office on Sunday. His death was confirmed by several politicians, including Representative Garret Graves, who said in a Facebook post that the death of his friend and “former co-worker” was “a huge loss to Louisiana and America.”

Mr. Letlow said on Dec. 18 that he was isolating at home after testing positive for the coronavirus. He was later hospitalized in Monroe, La., before being transferred to the Shreveport Academic Medical Center, Andrew Bautsch, the executive director of the state Republican Party, said on Dec. 23. Mr. Letlow had been receiving the antiviral drug remdesivir and steroids to treat his infection, Mr. Bautsch said.

Mr. Letlow, in a runoff earlier this month against another Republican, had been elected to succeed Representative Ralph Abraham, whom Mr. Letlow had served as chief of staff.

Mr. Letlow is survived by his wife, Julia, and their two children.

Gov. John Bel Edwards of Louisiana said on Tuesday evening that Covid-19 had “taken Congressman-elect Letlow from us far too soon.” Mr. Edwards, a Democrat, said he had ordered flags to be flown at half-staff on the day of Mr. Letlow’s funeral.

“I am heartbroken that he will not be able to serve our people as a U.S. Representative, but I am even more devastated for his loving family,” Mr. Edwards said.

Kevin McCarthy, the House minority leader, said, “Our hearts break tonight as we process the news of Congressman-elect Luke Letlow’s passing. I spoke with his wife, Julia. Judy and I are praying for her and their two young children during this terrible time.”

Representative Mike Johnson, a Republican who represents the state’s fourth Congressional district, issued a statement on behalf of the state’s six-member Congressional delegation: “We are devastated to hear of Luke Letlow’s passing. Luke had such a positive spirit, and he had a tremendously bright future ahead of him. He was looking forward to serving the people of Louisiana in Congress, and we were excited to welcome him to our delegation where he was ready to make an even greater impact on our state and our nation.”

Bobby Jindal, the former governor of Louisiana whom Mr. Letlow had previously worked for when Mr. Jindal was a Congressional candidate, representative and governor, said the congressman-elect “had talked in recent days about his excitement about the opportunity to serve” his district.

“I first met Luke when he was still a college student, and spent countless hours with him in his truck driving the back roads of Louisiana,” Mr. Jindal said. “His passion for service has been a constant throughout his life.”

According to Ballotopedia, Mr. Letlow is the first elected federal official to die from Covid; the first member of the federal government was a judge.