Home EntertainmentTV A dollop of drama, extreme emotions, and a lot of love, here’s what will happen in ‘Gupta Brothers’ next

A dollop of drama, extreme emotions, and a lot of love, here’s what will happen in ‘Gupta Brothers’ next 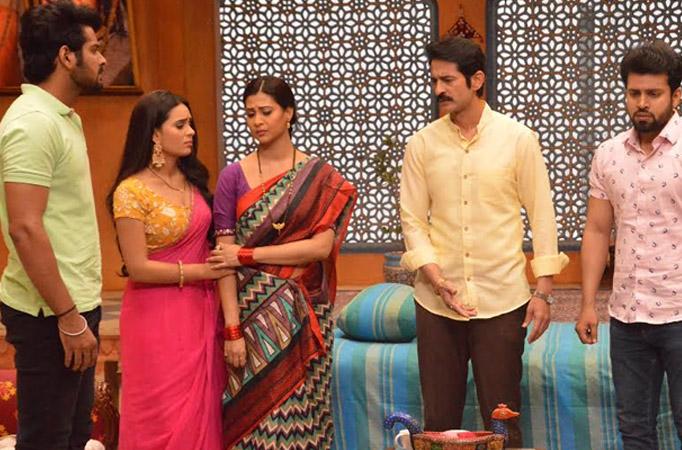 MUMBAI: Madhu and Mahesh Pandey’s “Gupta Brothers” is a fresh take on family dramas and something different from what we have seen on the small screen. At a time when female protagonists is all that the audience is offered, the producer couple is setting examples with their male protagonists. In a world which easily gets influenced by materialistic things and luxury, the four Gupta brothers – Shiv, Veeru, Alok and Rajat – show that their bond is above all that.

The show went through a lot of twists and turns when Alok married Aditi and Veeru tied the knot with Jaya. Jaya was never fond of Veeru and always considered him as irresponsible and childish, in fact she always called him “bail buddhi”. But Shiv and Ganga tried their best that Jaya falls for him and looks like they were successful, as Jaya and Veeru both can be seen getting closer.

Meanwhile, the Gupta brothers are facing huge loss in their business as Bansal has stopped sending supplies to them and has even asked other suppliers not to do business with them. Amba, however, with a good intent talks to a guy and asks him to help Gupta brothers, but unfortunately that guy is a fraud and supplies them expired products. As a result people start falling ill, and police comes to arrest them. The orders were placed by Veeru, however, it was Alok’s signature on the bill. The four brothers make it look like their own individual mistakes and ask the police to arrest them. It is a very emotional scene where the audience will get to see the love and bond that they share. But since it was Alok signature on the bills, the police arrests him.

The show is going to have a lot of drama in the upcoming episodes, especially with Alok’s arrest. What will Shiv and Ganga do? How will they get him out? Also, a renovation is planned of their house as except Rajat all of them are married and they need their own privacy. And, since Alok-Aditi and Veeru-Jaya couldn’t go on a honeymoon, the upcoming episodes will also see them going on a trip.