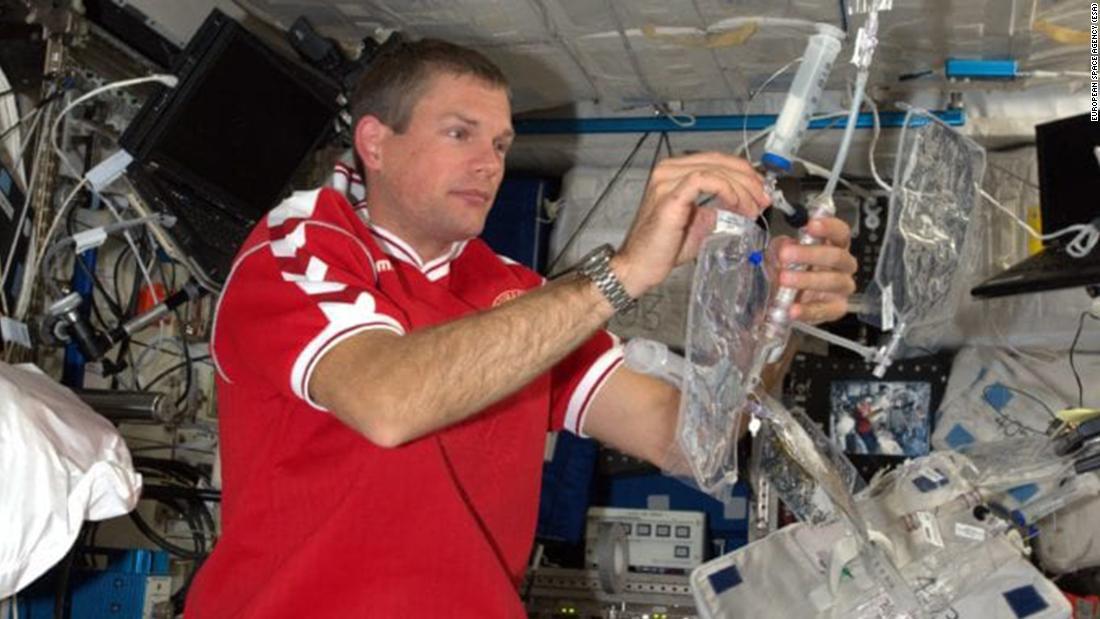 LED lighting technology developed to help astronauts avoid sleep deprivation has been adapted for domestic use; a weight-lifting system to keep astronauts fit in zero gravity is being used in home workouts.

Now a company that designed a water-purification system for the ISS is developing spin-off technologies with the potential to provide clean drinking water in the places that need it most.

On the ISS, every drop of moisture, from humidity to urine, has to be filtered and reused. But the current system is very heavy, has to be replaced every 90 days, and fails to filter out certain contaminants, according to NASA.

Danish company Aquaporin A/S has developed a new system that uses proteins called aquaporins. “It is essentially the mechanism that allows water to cross the cell membrane of living cells,” says Peter Holme Jensen, CEO of Aquaporin A/S. In nature, these proteins allow plant roots to absorb water from soil, and let the two human kidneys together filter about 45 gallons of fluid per day. They are also very selective, preventing contaminants from passing through.

Having tested it in space, NASA is considering replacing its current system with Aquaporin’s, but the technology is also finding uses closer to home.

Over 2 billion people worldwide don’t have access to clean drinking water, and in developed countries, many people don’t trust the safety of tap water. More than half of households in the United States are concerned about the quality of their water supply, and only 55% of Europeans drink water directly from the tap.

Aquaporin’s technology could help. The company is working with wastewater companies — including BIOFOS, Denmark’s largest state-owned wastewater utility, and UTB Envirotec in Hungary — to remove micropollutants and microplastics from wastewater, preventing them from flowing into the sea.

A study conducted at BIOFOS showed that aquaporins remove over 95% of microplastics and micropollutants in wastewater, using much less energy than traditional systems.

“It has an enormous potential,” says BIOFOS innovation manager Dines Thornberg, who led the study. “I think the Aquaporin system could lead the way in actually creating clean, affordable drinking water from wastewater in the future. I am really optimistic that we can meet the challenges of water scarcity in many parts of the world with technologies like this.”

Jensen has also spotted an opportunity to enter the domestic water purification market — a sector that could be worth $24 billion by 2025, by one estimate.

Last month, Aquaporin A/S launched an under-the-sink household filtration system that works without electricity. The system costs €650 and the company is currently targeting the European market. It plans to expand to the United States, and then India and China in the next two years.

As production increases, its long-term goal is to offer an affordable product for water-stressed regions. “I really believe that we can make a difference,” says Jensen.