A Flying Elephant, a Teacher’s Hugs: 12 Tales of Pandemic Resilience 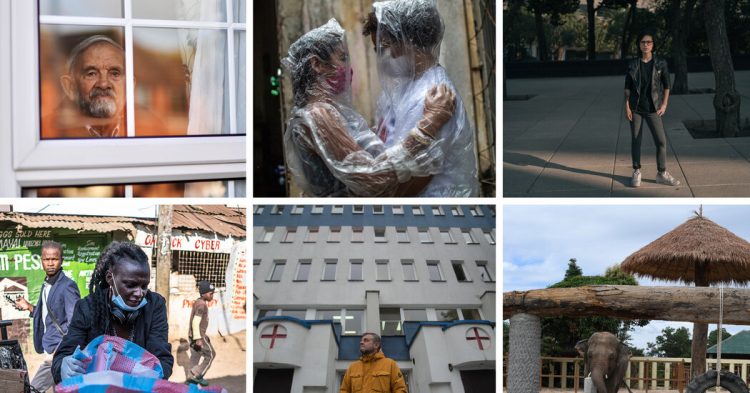 When an elephant has to travel by plane. . .

It is not just the hundreds of pounds of snacks needed for the flight. Elephants have to be crate-trained. And even a little expertise in fluid dynamics comes in handy if you don’t want the plane flooded with elephant urine.

Now try doing all this during a pandemic that has halted much of global travel.

But on Nov. 30, Kavaan, an Asian bull elephant who had been confined to an Islamabad zoo for 35 years, was flown in a Russian cargo plane from Pakistan to Cambodia to start a new life in a wildlife sanctuary.

Sent to Pakistan as a gift by Sri Lanka, Kavaan lived in the capital in a zoo so decrepit that the Islamabad High Court ordered it closed.

Elephants are social creatures, and Kavaan’s mate died eight years ago. When she was buried in their cramped enclosure, Kavaan spent months tending to the grave, caressing the ground with his trunk.

The trip to Cambodia was organized by Free the Wild, an animal charity, along with Four Paws International, another animal welfare group. It took nearly five years of planning, and required 180 kg of sugar cane, 20 watermelons and a military escort to the airport, to say nothing of all the urgent tweeting by the Hollywood entertainer Cher, who is a co-founder of Free the Wild.

Days before the journey, there was a snag: Kavaan unexpectedly went into musth, a period characterized by raging male hormones. Bull elephants in musth can be aggressive and attack. They are also plagued by prolonged erections, not the ideal state for air travel.

Luckily, Kavaan’s testosterone levels waned on the eve of the flight. His Covid test was negative, too. And so the air passage went without a hitch.