A Friend In The White House | Outlook India Magazine 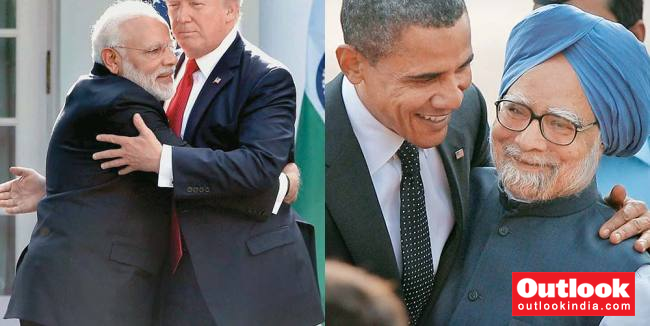 More than the person occupying the White House on Inauguration Day, Geopolitical dynamics will influence the trajectory of US relations with India and its neighbours

Modi and Trump; Manmohan with Obama Republican or Democratic, there is bipartisan consensus on strong ties with India 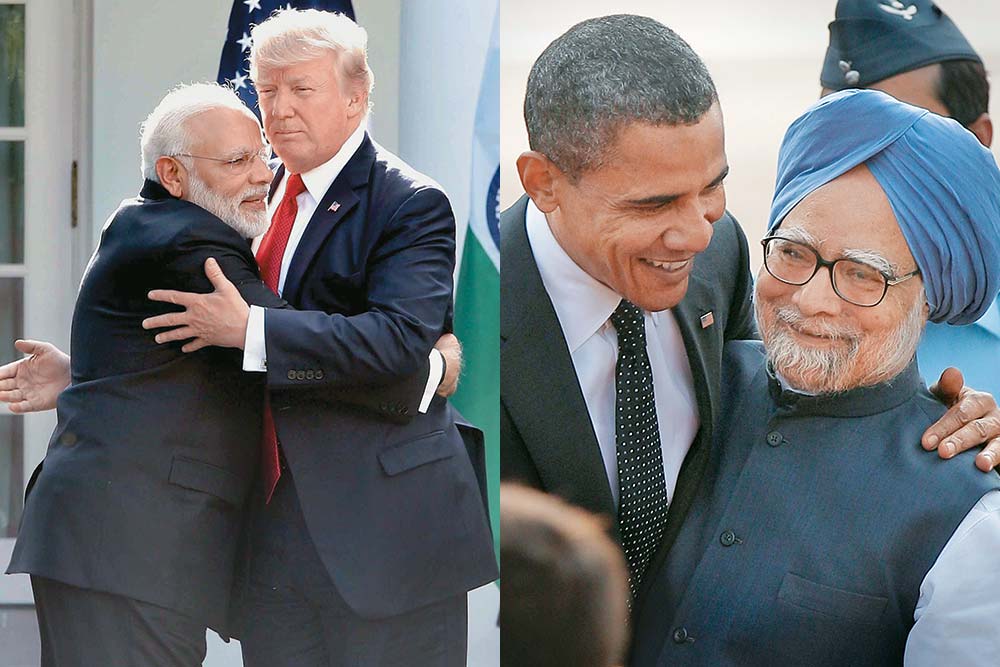 As of this writing, the outcome of America’s 2020 election—one closer than many pollsters had projected—was unclear. Given what’s at stake, Americans—and the world—were nervously awaiting the result. And yet, when it comes to South Asia, there’s little reason for anxiety. And that’s because there’s not much daylight between the positions of Donald Trump and Joe Biden on US policy in the region.

In a country as hyper-polarised as America, few public policy issues are nonpartisan. Everything under the sun, from immigration and healthcare to climate change and the question of US global leadership, amounts to partisanship on steroids—bitterly disputed between America’s two main political parties and their supporters. Even issues that should transcend the poison of partisanship—from wearing a mask during a pandemic to fully supporting US treaty allies—have become political footballs.