Home News A historic new Congress has just been sworn in

A historic new Congress has just been sworn in 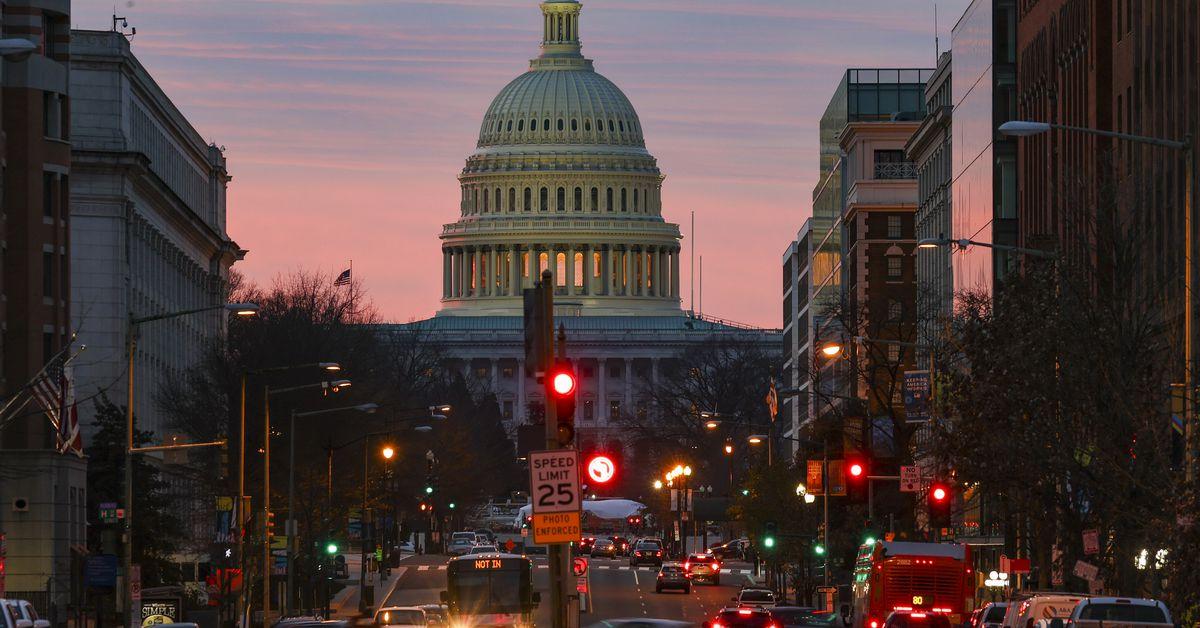 A historic new Congress was sworn in on Sunday, one that narrowed the margin of control in both chambers and brought a diverse class of first-term members to Capitol Hill.

In the House of Representatives, a previously robust Democratic majority shrunk to just 222 seats — four more than the 218 needed for a bare majority — with two races still undecided, for a net GOP pickup of nine seats.

One Republican House member, Iowa Rep. Mariannette Miller-Meeks, was seated provisionally as her opponent continues to contest Miller-Meeks’s six-vote margin of victory, and New York’s 22nd congressional district will be temporarily without a representative as incumbent Rep. Anthony Brindisi’s race remains too close to call.

And another House district in Louisiana will remain vacant for the time being after the sudden death of Rep.-elect Luke Letlow from Covid-19 complications last week. Letlow, 41, had won a runoff in Louisiana’s 5th congressional district; now, a special election will be held to fill his seat.

Despite Letlow’s tragic death, adherence to the House’s mask policy was a flashpoint Sunday as new members were sworn in: At least two new Republican members clashed with House staff on the issue Sunday, according to Punchbowl News’s Jake Sherman.

Taylor Greene is leaving the floor with the other R, who were trying to ID

The Republican Senate majority, meanwhile, dwindled slightly to just 51 seats ahead of a pair of decisive runoffs in Georgia this Tuesday. That’s down from Senate Majority Leader Mitch McConnell’s 53 seat margin for most of the 116th Congress, a majority that fell briefly to just 52 seats last month after Arizona Sen. Mark Kelly, a Democrat, was sworn in on December 2, 2020 following his special-election victory.

The Georgia runoffs mean that the Senate seat previously belonging to incumbent Sen. David Perdue will temporarily stand vacant between Sunday and the January 5 election, though Sen. Kelly Loeffler, who is facing a special election runoff, will retain hers at least through January 5.

Beyond Kelly winning a seat previously held by Republican Sen. Martha McSally, two other Senate seats changed hands in November, with Sen. John Hickenlooper ousting incumbent Republican Sen. Cory Gardner in Colorado and Sen. Tommy Tuberville defeating incumbent Democrat Sen. Doug Jones in Alabama. However, given the affiliations of both victors, those elections will have no effect on the chamber’s overall balance of power.

In addition to the partisan changes, the 117th Congress has ushered in a number of demographic firsts.

And at just 25 years old, Rep. Madison Cawthorn (R-NC) is the youngest person to serve in Congress in the modern era, according to CNN.

The new House also includes more women than ever, breaking a record set by the 116th Congress. Of the 118 women in the House, 89 are Democrats and 29 Republicans.

Another notable first is the presence of two open supporters of the viral Qanon conspiracy theory, which posits the existence of a global cabal of Satanic pedophiles and which has been repeatedly amplified by President Donald Trump.

The FBI has labeled Qanon a domestic terrorism threat, and the conspiracy, which counts among its adherents Reps. Marjorie Taylor Greene (R-GA) and Lauren Boebert (R-CO) has been linked to multiple real-world acts of violence, including at least one murder.

A new test for Nancy Pelosi

In addition to swearing in new members, the House will also elect a new speaker Sunday. Rep. Nancy Pelosi, who reclaimed the gavel after the 2018 midterms, is expected to win another term in the job, though she’ll have little margin for error with a slender new majority.

Pelosi, 80, has led the House Democratic caucus for 17 years and must receive a simple majority of votes in the full House to retain the speakership. A handful of Democrats have already signaled they plan to refuse to back Pelosi’s bid, but likely not enough to derail Pelosi’s bid for the gavel.

However, the 117th Congress will likely be Pelosi’s last as speaker. In 2018, she struck a deal with fellow Democrats in the House that she would only seek two more years in the job, according to CNN.

Should she again become speaker, Pelosi will face the early challenge of her majority dwindling even further, albeit likely just temporarily. At least three House Democrats — Reps. Cedric Richmond, Marcia Fudge, and Deb Haaland — have been tapped for jobs in the Biden administration, leaving their seats vacant. (Richmond, who is in line to serve as director of the White House Office of Public Engagement, does not need to be confirmed for the job, though Fudge and Haaland do.)

All three currently serve in comfortably Democratic districts which are likely to remain blue if their current occupants leave for a Biden administration — but the seats will take time to fill, temporarily leaving Pelosi with as few as 219 Democratic votes.

The Senate is still up in the air

In the Senate, McConnell’s slim majority — and thus his tenure as majority leader in the 117th Congress — could prove ephemeral, depending on how Tuesday’s high-stakes Georgia runoffs shake out.

With two days until voters head to the polls in Georgia, incumbent Republicans Perdue and Loeffler both trail their respective Democratic challengers — Jon Ossoff and Rev. Raphael Warnock — by less than 2 percentage points, according to FiveThirtyEight’s polling average, making both of the races essentially toss-ups.

Biden won the state in November this year, becoming the first Democrat presidential candidate to win in Georgia since 1992, and Trump has focused much of his ire over his election loss on Georgia Secretary of State Brad Raffensperger and Georgia Gov. Brian Kemp.

If Democrats win both races, however, that will boost their margin in the chamber to 50 seats (counting independent sens. Bernie Sanders and Angus King, who caucus with Senate Democrats). With the inclusion of Vice President-elect Kamala Harris, who could become the tie-breaking vote once she’s sworn in on January 20, Democrats would hold the majority for the first time since the 113th Congress, which ended in January 2015.

Warnock’s victory would be particularly historic: If he wins, he will be the first Black senator ever elected in the state of Georgia.

If one or both of Perdue and Loeffler win reelection, though, McConnell will hold onto the majority, and President-elect Joe Biden is likely to find his ability to work with the Senate much more difficult.