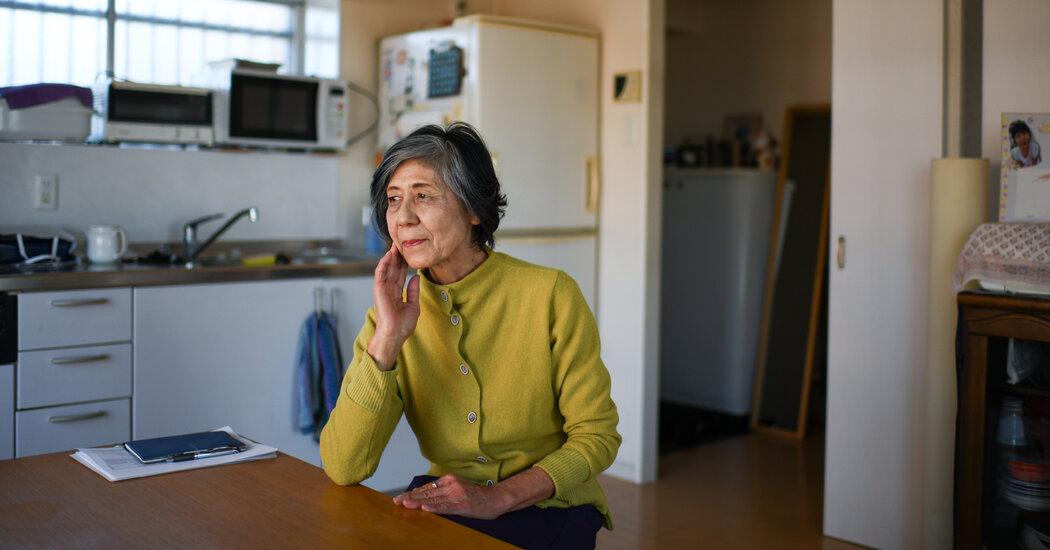 TOKYO — For more than a decade, Setsuko Hikita spent her working days selling snacks and newspapers in the bowels of Tokyo’s bustling metro system.

Amid the chaos of morning commutes and the scramble to catch the last train home, she kept her employers’ tiny kiosks a haven of well-ordered commerce. Her company once awarded her a citation for her dedication and hard work.

What it did not give her was equal pay.

Over a 10-year period, Ms. Hikita earned about $90,000 less than many of her co-workers, and she was denied benefits like a retirement allowance. It wasn’t because they had more experience or were more competent. It was just that they had lifetime employment status and she did not.

So Ms. Hikita sued. Last month, after more than six years, the country’s Supreme Court rendered a verdict: Her employer was under no obligation to provide her with the same retirement allowance — a lump-sum payment on leaving the company — it gave colleagues who did identical work.

The ruling is one of two recent court decisions that threaten to further entrench the longstanding divide in Japan between so-called regular workers, who have lifetime employment and attendant benefits, and the growing ranks of nonregular workers, many of whom are women.

The effects of these divisions have been especially pronounced during the coronavirus pandemic. When Japan’s economy faced its worst months in late spring and early summer, companies cut loose tens of thousands of nonregular workers, with women bearing the brunt of the job losses. Many regular employees were put on furlough, retaining their positions.

Concerns about the precarious state of nonregular workers long predate the pandemic.

Employers have for years chipped away at the system of lifetime employment that evolved in Japan after World War II, arguing that increased flexibility to hire and fire employees will increase economic efficiency. Now, nearly 37 percent of the country’s labor force, or more than 20.6 million workers, are nonregular employees, according to the latest government statistics, up from around 16 percent in the early 1980s.

Promises like these sound all too familiar to labor activists. They fear that the Supreme Court’s decisions have “thrown cold water” on such vows to reform the system, said Shigeru Wakita, professor emeritus of labor law at Ryukoku University.

Japanese law mandates that companies avoid “unreasonable” differences in how they treat employees, but the meaning of the term is ill-defined. In the case of Ms. Hikita’s lawsuit and a separate suit brought by a female employee at a medical school in Osaka, judges ruled that the organizations had not violated that standard despite vast gaps in compensation and other benefits.

“If the courts don’t recognize this case as unreasonable, then what on earth is unreasonable?” asked Mitsuteru Suda, chairman of a labor union in Tokyo.

A tentative answer to that question came when the court issued a third ruling last month on conditions for nonregular workers. The judges ruled in favor of plaintiffs who had sued their employer, Japan Post, after it refused to pay them overtime to help with the spike in deliveries around New Year’s, Japan’s most important holiday.

But even that ruling is likely to further legitimize the prevailing employment system, Mr. Suda said. While the ruling will force the company to reassess its employment practices, it found fault only with the degree of discrimination, not the practice itself.

“The ruling stands on the side of the employers, giving a stamp of approval of discrimination,” he said. “That is unacceptable.”

In the Japanese employment system, the line between regular and nonregular workers is drawn early, and the result is a sharp class divide.

Each fall, companies across the country hold recruitment drives for high school and college students who will graduate in the spring. For many, the monthslong process is the most important period of their lives.

Those who find jobs will win employment for life. Those who do not are cast into the wilderness of irregular employment.

Regular workers, known as seishain, receive two annual bonuses, each typically worth at least one month’s salary and sometimes much more. They have benefits, which can include housing. They are nearly impossible to fire. And they get a generous pension plan.

By contrast, nonregular workers can be fired much more easily. They are paid less, and employers are not required to provide them with the same level of benefits that their regularly employed colleagues receive.

Midcareer hiring that brings nonregular workers into the regular work force has increased in recent years, said Andrew Gordon, a professor at Harvard who specializes in the history of labor in Japan. But it remains rare.

Businesses employing regular workers right out of school like to argue, he said, that “we’re not hiring people with specialized knowledge and experience, but we’re hiring human capital that can be formed.”

“They fear that somebody from the outside won’t be able to adjust to their particular company’s way of doing things even though, functionally speaking, it might not be that different,” he added.

Lifetime employment is an artifact of the postwar era. As Japan tried to rebuild its devastated economy and demand for labor skyrocketed, the country’s companies made a pact with its workers: They would guarantee that their material needs would be met until the day they died. In exchange, employees would stay with their company for life and devote themselves entirely to its success.

The jobs went mostly to men. Their wives were expected to stay home and support their husbands’ grueling schedules.

Through the 1980s, Japan’s humming economy meant that most employees landed in lifetime employment. But the system began to change in the 1990s, after the country’s economic bubble popped and companies demanded more freedom in labor decisions.

In the following years, laws began changing to favor employers. By the end of the 2008 financial crisis, the number of nonregular workers had risen drastically.

A 2013 law attempted to address this disparity, mandating that employers convert nonregular workers to seishain after five years and that differences in their employment conditions should not be “unreasonable.”

But the law has had little impact because of loopholes and its loose definition of what constitutes “unreasonable” differences.

Those weak points became the basis for the lawsuit filed by Ms. Hikita and three others against their employer, Metro Commerce.

Several decades ago, the company routinely hired 20 to 30 lifetime employees annually. Now, it adds only two or three each year.

For Ms. Hikita, her life as a nonregular employee began at the age of 54, when she moved back to Tokyo after a divorce. Her starting wage at Metro Commerce was 1,000 yen an hour, or less than $10 an hour at current exchange rates. Ten years later, she was making only 1,050.

“When I started at the company, I thought everyone was equal,” she said. But she quickly discovered that “there was a difference between contract employees and lifetime employees.”

She decided to sue in 2014 after learning that her co-workers were getting annual bonuses four to five times as large as hers.

After she left the company the next year, she was working three jobs to cover the payments on her home, she said. She worked every day that year.

Since filing her suit, Ms. Hikita said, she has learned that “there are an incredible number of us across the country” facing employment discrimination. The message from the Supreme Court, she added, is clear: “We’re all disposable.”

RELATED:  Trump says Texas’s challenge to his election loss is "the big one." It’s almost certain to fail.