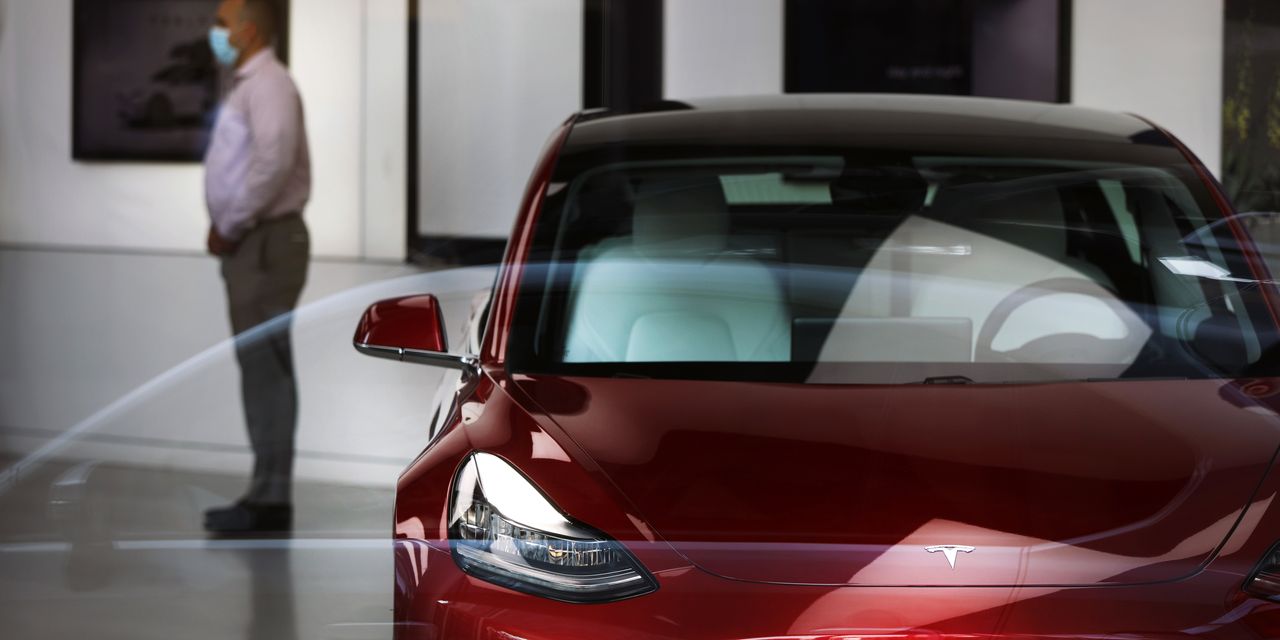 
One of the largest public pensions in the U.S. just disclosed substantial changes in its stock investments.

(SCHW) shares, and cut back in investments in

(ORCL) stock. The NYSTRS disclosed the trades, among others, in a form it filed with the Securities and Exchange Commission.

NYSTRS declined to comment on its investment changes. With $120.5 billion in net assets as of June 30, the pension says it is among the 10 largest U.S. public retirement funds.

The pension bought 999,948 Tesla shares in the fourth quarter. It didn’t own any shares of the electric-vehicle company at the end of the third quarter.

Tesla stock rocketed more than eight times in value last year, and so far in 2021 through Friday’s close, shares are up 12.5%. In comparison, the

Tesla’s fourth-quarter earnings came in lower than expected last week, triggering a slide in the shares. Tesla stock and shares of other EV makers have in recent months been riding a wave of seemingly boundless appetite. One market observer recently told Barron’s that Tesla has “already won,” because it changed the paradigm of the automotive industry toward EVs and away from vehicles powered by gasoline or diesel.

Schwab and its peers suffered periods of outages as trading surged last week, but the stock could benefit from rising bond yields. Schwab reported a strong fourth quarter earlier this month.

Shares of the chip giant got a boost earlier this month when Intel said CEO Bob Swan will leave in February. Fourth-quarter earnings were strong but shares slid, possibly because investors didn’t like what they heard about Intel’s strategy of manufacturing chips in-house. Incidentally, Swan himself bought Intel stock last week.

Recently, an analyst who is bearish on Oracle noted that its “move to the cloud has taken much longer than expected.” Another observer, however, says Oracle stock is a “high-quality, value play.” Oracle in December relocated to Austin, Texas, from the Bay Area.

Inside Scoop is a regular Barron’s feature covering stock transactions by corporate executives and board members—so-called insiders—as well as large shareholders, politicians, and other prominent figures. Due to their insider status, these investors are required to disclose stock trades with the Securities and Exchange Commission or other regulatory groups.

Write to Ed Lin at [email protected] and follow @BarronsEdLin.

Back to Top
Close Add post
X
Put Your Money Elsewhere While the Speculators Fight Over Luckin Stock…BusinessInvestorPlace7 Tech Stocks That Could Be the Future FAANGA few months ago, I began prodding around the idea of, “What are the future FAANG stocks?” We…

A Major Pension Bought Tesla and Schwab Stock. Here’s What It Sold.

X
GameStop Short Nightmare Shows Few Signs of Becoming a Contagion…BusinessInvestorPlace7 Tech Stocks That Could Be the Future FAANGA few months ago, I began prodding around the idea of, “What are the future FAANG stocks?” We…
close