A majority of Americans would back a Biden mask mandate 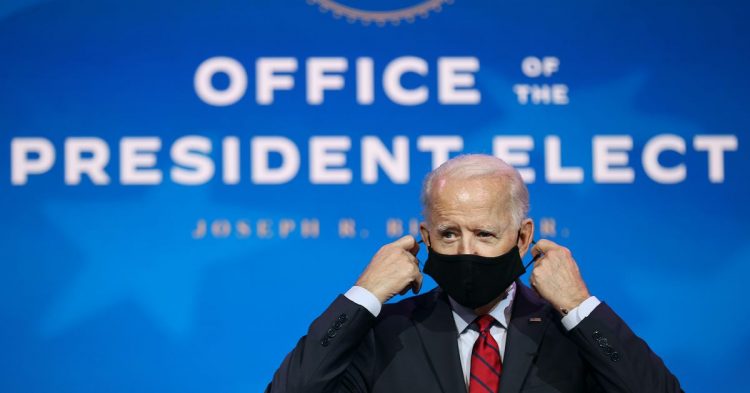 When President-elect Joe Biden takes office, one of the actions he’s committed to implementing in his first 100 days is a federal mask mandate, which would require people to wear face masks in federal buildings and on interstate transportation to prevent the spread of the coronavirus. According to a new poll from Vox and Data for Progress, most Americans are on board with that plan, with 69 percent of likely voters saying they support this policy.

This backing mirrors support for mask usage overall, with 72 percent of people polled agreeing that masks should be required in all public places and 66 percent saying they should be required to be worn around anyone outside of the household. Both statements garnered support from the majority of people in both parties, though a smaller proportion of Republicans agreed with them.

Biden’s mask mandate would apply to federal public locations such as post offices, courthouses, and trains, while states would be able to impose their own rules elsewhere. The mandate follows guidance from the US Centers for Disease Control and Prevention, which encourages people to wear face masks in order to reduce the spread of droplets that can transmit the coronavirus when people speak, cough, and sneeze.

The poll was conducted from December 19 to 21 with 1,104 likely voters, and has a margin of error of 2.9 percentage points. Its findings indicate broad openness to the policies Biden has laid out to combat the pandemic, though there’s a range of opinions about the specific timing around them.