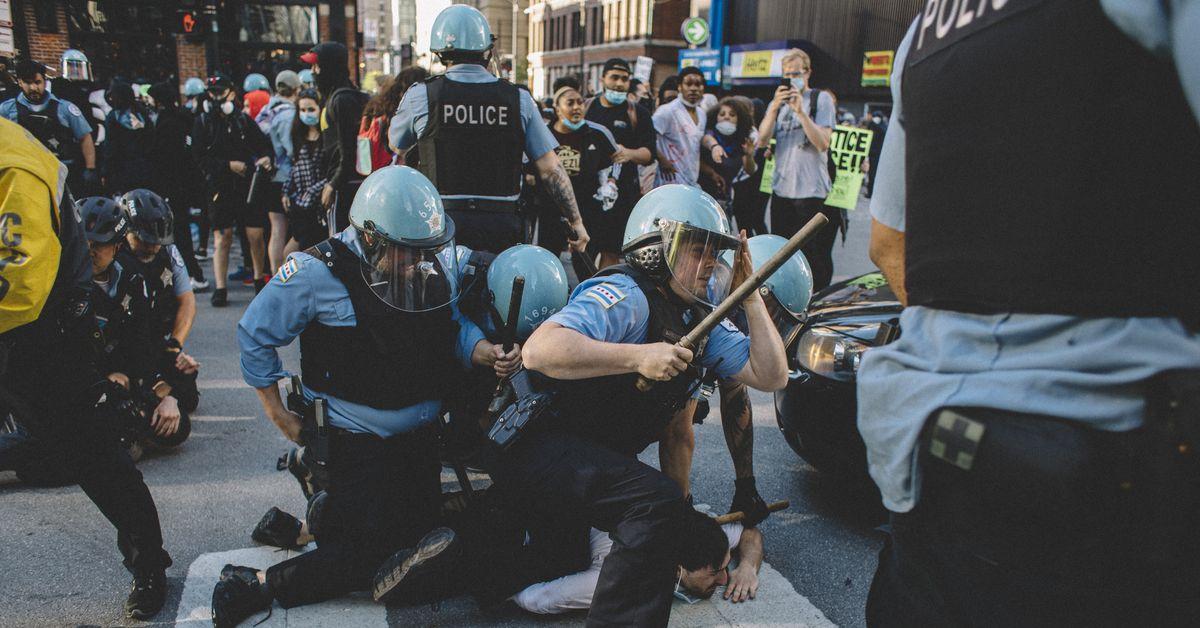 State, local, and federal governments have spent billions of dollars over the past decade settling police misconduct cases, which include everything from deadly shootings to neglect. For example, the Louisville Police Department paid out $12 million to the family of Breonna Taylor, who was killed by police in her home in March.

But most settlements don’t make the news and law enforcement agencies are not uniformly required to make that information publicly available.

As a result, taxpayers in many localities are left to their own devices to ascertain how much of their money goes towards police settlements, and to what degree state and local government budgets are impacted by the payments is unclear. Also often obscured are important details about the people involved — what happens to the officers who commit misconduct, particularly when cases don’t receive national attention, and who the people affected by negative police action are.

The Cost of Police Misconduct Act, a new bill from Rep. Don Beyer, the incoming chair of the US Congress Joint Economic Committee, seeks to change that by creating a publicly accessible federal database that would track police misconduct allegations and settlements at both the state and federal levels.

“The whole notion is you can’t manage what you don’t measure,” Beyer told me. “So we thought, let’s measure this. And by simply measuring it, we will probably change it a great deal.”

Activists have debated whether a focus on cataloging police misconduct and settlements might limit police brutality. Writing on settlements in September, civil rights activists Andrea J. Ritchie and Maurice BP-Weeks argued in Truthout that “the most likely consequence of focusing attention on these payments is not that police violence will stop or slow down — because it is a feature, not a bug.”

Ritchie and BP-Weeks wrote that because of this, proposed settlement reforms like mandating misconduct insurance for officers, or even efforts in “highlighting the amount of police ‘misconduct’ settlements,” would fail to bring about change.

Beyer called concerns such as these “meaningful criticism.”

“You don’t want the law to discourage appropriate and rightful payments to families or individuals who’ve been wounded by police brutality, [or] by wrong police conduct,” Beyer said. “It’s a balance as so many are things in life. And I’m hoping that the balance over time weighs down on much less police brutality, much more money saved, that can be invested in productive things.”

The idea that money spent on policing could be better used elsewhere, like to fund mental health services, is part of the argument advocates for defunding the police have advanced. And Beyer told me of how his own family saw the importance of public mental health funding when his son was faced with a crisis that police found themselves unable to solve.

But this is not a defund the police bill; it hopes to free up funds by eliminating police settlements from government budgets, and Beyer said he sees this happening through public awareness of the cost of settlements.

When the public sees how much settlements have cost them, Beyer said, “people are going to want to know why. And what did that do to my tax rate? And what could I have done to prevent it? And what’s going on with our police department?”

But as activists have long pointed out, decades of public pressure have not yet eliminated the bias that has led police misconduct to fall disproportionately on people of color, and the Federal Bureau of Investigation making crime statistics available has not improved the ability of the police to solve crimes. (The rate of solved crimes has remained fairly stable for several decades, with the FBI reporting that fewer than half of all violent crimes were solved in 2019.)

It is clear that reform is badly needed — to improve the rates at which crimes are solved, but also to erode the bias that has created a situation in which Black men have a one in 1,000 chance of being killed by police, and in which Americans of color, particularly Black Americans, have a relationship with police that is defined by terror and trauma. It is just as clear that comprehensive federal efforts to address these issues have stalled.

Should this bill be passed into law, it may, or may not, lead to less police misconduct. But it would create a record of acts committed and payments made that would provide some clarity as to just how much bad policing costs in lives and dollars.

At its core, the Cost of Police Misconduct Act would work by setting new requirements for the reporting of misconduct at both the state and federal level.

The bill would mandate the US attorney general create and manage a publicly accessible online database populated with all allegations of misconduct, as well as information on new judgements and settlements.

For each allegation, judgement, and settlement, law enforcement would be required to provide:

For the database to succeed, law enforcement officials will need to do some extra work, and ensure they are keeping careful records. The bill gives law enforcement groups at the federal, state, and local levels 120 days after the legislation becomes law to begin getting this data to the Department of Justice; the groups would be then required to continue sending in data every month.

Beyond being responsible for the platform, the attorney general’s office would be required to verify all the information provided by state and local departments within 30 days of receipt using independent sources.

And the attorney general would also be responsible for compiling an annual summary of the data. A more detailed report would be released every two years by the head of the Government Accountability Office, who would need to provide analysis of all the collected information that includes rankings and trends to Congress and to the public.

“I’m optimistic that it will change behavior in some important structural ways,” Beyer said of the bill overall. “And while the point is not just to save money — the point is to reduce police brutality — the money saved, can go to other good things, including continuing to raise the quality of the people who want to be police officers.”

The prospects of the bill passing into law in the short term aren’t terribly high, given Congress is currently consumed with stimulus negotiations and passing legislation that will ensure the government isn’t forced to shut down due to lack of funding.

But Beyer said he hopes to use the beginning of the next legislative period to build support for the bill in the House of Representatives, and that Rep. Joyce Beatty (D-OH), who was recently selected to be the next chair of the Congressional Black Caucus, will cosponsor the legislation.

Given that Democrats will hold their majority in the House next year, albeit by a small margin — and that Democrats supported June’s Justice for George Floyd Act, which proposed sweeping police reforms — it’s entirely conceivable that there would be sufficient support in the House to pass the Cost of Police Misconduct Act, either alone or as part of a larger package.

What happens in the Senate will hinge in part on the results of Georgia’s runoffs. Both of the state’s Republican senators are up for reelection there, and if even one wins, Republicans will maintain control of the chamber. Senate Majority Leader Mitch McConnell has been reticent to take up legislation passed by the House throughout the Trump administration — and may continue this pattern if he remains majority leader under a Biden administration.

If Democrats win both Georgia races, the Senate may be more likely to take up the bill; but it would also likely need to gain some Republican support to meet the 60-vote threshold most legislation needs to pass the chamber.

Ultimately, the Cost of Police Misconduct Act would be a smaller first step toward police accountability than either the Justice for George Floyd or Justice Acts — but it would be a significant one, particularly given Congress’s inability to act on policing thus far.