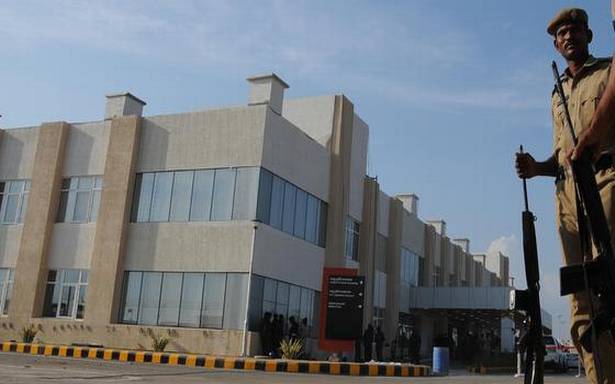 The session is expected to be brief but boisterous due to the TDP’s possible confrontation with the government on a host of issues.

The Andhra Pradesh Legislative Assembly is likely to pass a slew of important Bills in its winter session beginning November 30, including one that will make changes to the Criminal Law (A.P. Amendment) Act, 2019 or Disha Act.

The Disha Act envisaged the completion of trial of offences against women and girls in just 21 days and provided for death penalty in rarest of rare cases. The central government had returned the legislation with some suggestions to ensure it was not at odds with the central law.

Two amendment Bills — one to facilitate the conversion of agricultural land to non-agricultural purposes and another banning online gambling; and a Bill for the establishment of a fisheries university in West Godavari district are set to be passed.

The amendment to A.P. Gaming Act, 1974 will bring into the legislation’s ambit, online gaming, gambling and betting. It will also hold top managerial personnel of online gaming companies liable for punishment.

An amendment to the A.P. Motor Vehicles Taxation Act, aimed at garnering additional revenue for the cash-strapped government, is likely to be tabled.

The session is expected to be brief but boisterous due to the TDP’s possible confrontation with the government on a host of issues, especially the fate of capital Amaravati which hangs in the balance due to the proposed shifting of executive capital to Visakhapatnam.

The bitter conflict between the ruling YSR Congress and TDP led to a tense standoff on the A.P. Decentralisation and Inclusive Development of All Regions and CRDA Repeal Acts that culminated in a resolution moved by the Assembly in January this year for abolishing the Council.