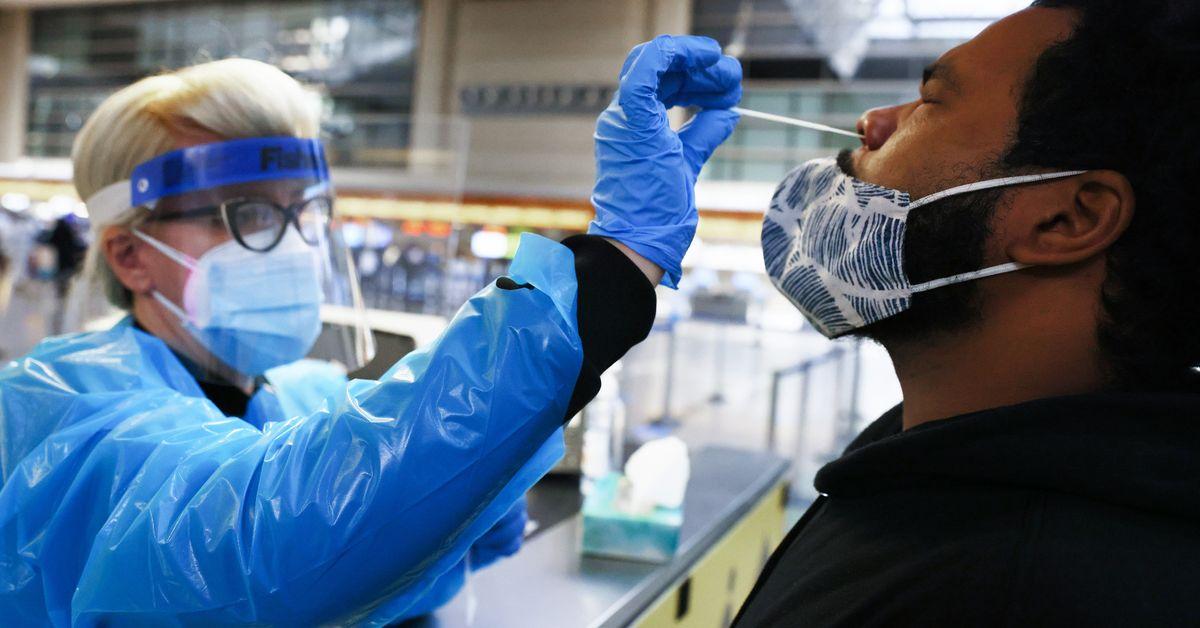 Health officials in the United States may be able to use a fluke of COVID-19 testing to monitor the spread of a more contagious form of the virus, which was identified in the country for the first time this week. The variant is spreading widely across the United Kingdom, and has been found in over a dozen countries so far — including the US.

Experts don’t think the coronavirus variant is more deadly than other forms of the virus, and the vaccines already developed should still protect against the new strain. But the variant does appear to spread more easily, and uncontrolled outbreaks would overwhelm hospitals more quickly.

So far, one US case was detected in a patient with COVID-19 in Colorado. Health officials say that the patient hasn’t traveled out of the country, indicating that the variant may have been circulating before now, and that it may already have a foothold in the country. Unlike the UK, the US is doing very little analysis of virus samples from COVID-19 patients to check for mutations and variants, which is why it may have gone undetected until now.

In the absence of widespread viral analysis, officials may be able to track the variant, known as B.1.1.7, through standard COVID-19 testing. “It’s a serendipitous thing, not something we intended to happen,” says Theo Sanderson, a geneticist at the Francis Crick Institute in London.

In some COVID-19 tests, one of the snippets is on the coronavirus S gene — the gene that codes for the virus’s spike protein, which lets the virus bind to cells. That’s also the gene where one of the mutations in the new variant occurred. If a patient was infected with a virus with that specific mutation, the test — which is designed based on the non-mutated form of the gene — won’t be able to see the variant version. Since the test would still be able to see the other sections of the virus, it would still come back positive — just without the S gene. Researchers call it an S gene dropout.

In the UK, experts have been able to use S gene dropout as an unofficial measurement for the amount of the coronavirus variant circulating in different parts of the country. “It’s been very useful,” Sanderson says.

It’s not a perfect metric: mutations in the S gene also appear in other variants that don’t share B.1.1.7’s characteristics. Not every S gene dropout flagged on a test is a B.1.1.7 virus, but researchers in the UK have managed to untangle the data and figure out how much dropout is from the new variant. As the infection rate of the B.1.1.7 variant has increased, the rate of the S gene dropout has tracked with it more and more closely.

Some labs in the US are starting to adopt the strategy. The Colorado State Laboratory found the first confirmed US case of the variant by flagging a COVID-19 test result that had an S gene dropout for a full analysis. The California-based genomics company Helix, which conducts COVID-19 testing, is analyzing their samples for evidence of S gene dropout. In October, the Helix research team found that 0.25 percent of their tests had an S gene dropout, which rose to around 0.5 percent in early December. (In some parts of the UK, over 75 percent of tests show this pattern.)

Based on that data, the variant is probably still rare in the US. “You can sort of put an upper bound on how much of the B.1.1.7 would be in a place, because if you’re not seeing the dropout, then you do know that the B.1.1.7 isn’t there,” Sanderson says.

Helix is planning to analyze its virus samples to check for the B.1.1.7 variant, said James Lu, co-founder and president of Helix. “We are still determining the percent correlation between samples with S gene dropout and the B.1.1.7 variant. We’re hoping to learn from sequencing how strong of a proxy it is,” he wrote in an email to The Verge.

If there proves to be a strong relationship between them, Helix will track the rate of S gene dropout on a regular basis, Lu said.

The key thing to watch for is a sharp increase in the amount of S gene dropout in a particular region, Sanderson says; that was the indicator in the UK that the new variant was spreading widely. “If you saw that in some particular area of the US that would be very worrying,” he says.

Ideally, the US will scale up its viral analysis to more closely follow the spread of the B.1.1.7 variant, as well as flag any new variants that occur. “Genomic surveillance is always going to be better,” Sanderson says. But in its absence, monitoring S gene dropout could be a good start, he says. “It’s always useful to have more data.”