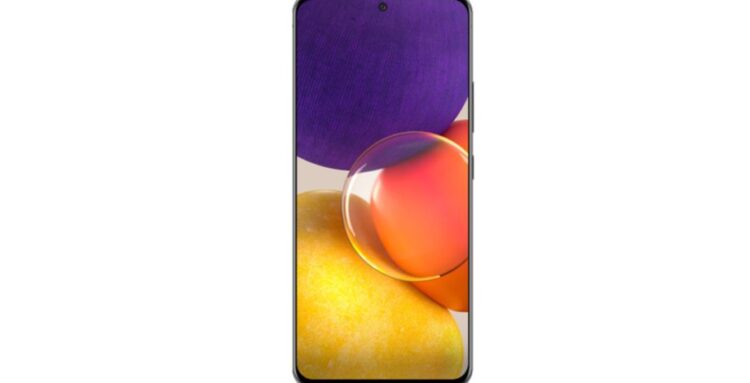 Samsung seems to be getting ready to launch the Galaxy A82. Key specs of the phone have now appeared online, thanks to a listing on the Google Play Console.

The Galaxy A82 could be seen as a successor to 2019’s Galaxy A80. However, it seems the phone is losing its flippy camera system as the image displayed in the Google Play Console listing (see above) shows a device with a center-placed punch hole.

The listing also reveals that the Galaxy A82 will be powered by the SM8150p chipset, aka the Snapdragon 855 Plus. Even though the flagship SoC is dated, you can still expect it to do some heavy lifting when it comes to overall performance.

Other specs revealed by the listing include Android 11 support, 6GB of RAM, and a 2,400 x 1,080 display. Unfortunately, there’s no more information available in the listing. However, a previous leak suggested that the device will get a 64MP Sony IMX686 primary camera.

There’s no word on a global launch for the Galaxy A82 just yet, but it’s expected to release as the Galaxy A Quantum 2 in Samsung’s home market. The name also appears in the latest listing, suggesting that the phone will come with a QNRG chip for enhanced security.

The first Galaxy A Quantum was based on the Galaxy A71 5G which launched outside of South Korea without the QNRG chip. Samsung may adopt a similar strategy with the Galaxy A82. We’ll just have to wait and watch.