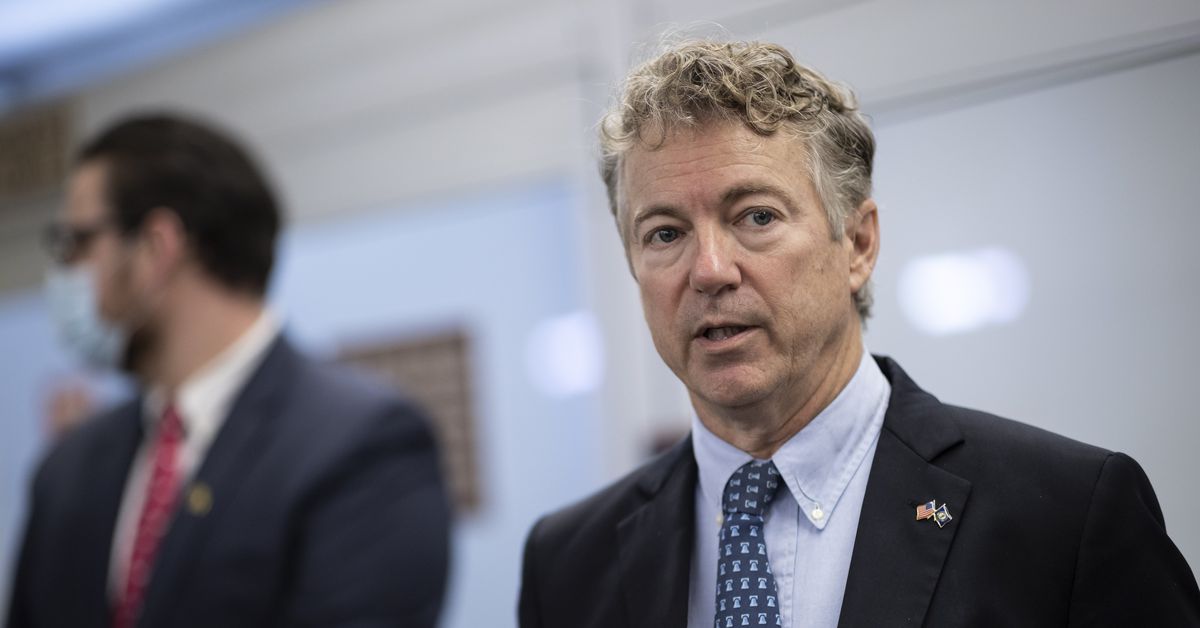 Sen. Rand Paul (R-KY) used a vote on Tuesday to highlight Republican dissent on impeachment, and to argue that there isn’t sufficient GOP support to convict former President Trump in his upcoming Senate trial.

Shortly after senators were sworn in for that trial, Paul requested a vote on the constitutionality of impeaching a former president — something multiple GOP lawmakers have questioned. His motion was quickly tabled, but the vote to dismiss it was still revealing.

As Vox’s Ian Millhiser has explained, a majority of legal scholars have concluded that holding an impeachment trial for a former president would be constitutional. However, the precedent for how to handle the impeachment of a former government official is less clear: In 1876, Secretary of War William Belknap faced a Senate trial after he had already resigned, and though a majority voted to proceed with the trial, two-thirds did not vote to convict, with multiple lawmakers citing concerns about the proceedings’ constitutionality.

Republicans have used this same question of constitutionality — and the lack of direct precedent for a former president facing an impeachment trial — to cast doubt on the need to hold a trial for Trump, who is charged with inciting the insurrection that took place at the Capitol on January 6.

Some Republicans may be doing so because they believe Trump did nothing wrong — but there are also other reasons GOP senators may prefer avoiding a trial. For many lawmakers, there’s an ongoing concern that upsetting the former president’s loyal followers by supporting conviction could erode their base, hurting their electoral chances. Conversely, by backing acquittal, they’d be taking a step that arguably minimizes the severity of the attack on the Capitol as well as the president’s culpability.

While the Senate wound up voting to table — or kill — Paul’s motion rather than vote directly on it, the breakdown of this vote was telling in itself. Ultimately, just five Republicans supported tabling the motion, a sign that the majority of the conference would have been open to considering it.

Paul wanted to hold this vote to demonstrate how many Republicans opposed the trial, and to make a point about how Trump’s conviction would be unlikely without their support. The implication is that if 45 Republicans were open to voting on the constitutionality of the trial, they probably wouldn’t be voting to convict Trump on the article of impeachment, making the trial unnecessary.

“I think there will be enough support on it to show there’s no chance they can impeach the president,” Paul has previously said.

A conviction requires two-thirds of the Senate. Without the support of at least 17 Republicans, the 50-person Democratic caucus will not have the numbers to convict Trump — and hold a subsequent vote barring him from future federal office. If more Republicans don’t join the five who voted to table the motion, the Senate won’t reach the necessary vote threshold in Trump’s trial. (It’s worth noting that some senators could vote differently on conviction than they did this week.)

In responding to Paul’s effort, Democrats on Tuesday emphasized that legal scholarship supports the constitutionality of the trial, and noted that views may change once arguments and evidence are presented. Democrats have argued that they want to pursue the trial in order to hold Trump accountable for his efforts to overturn the election, as well as to give all senators the opportunity to vote on his conviction.

If the previous impeachment trial — when Romney was the only Republican to vote in favor of conviction — is any indication, however, it’s looking less and less likely that Democrats will be able to rally the GOP support they need to convict Trump.

“I think it’s pretty obvious from the vote today that it is extraordinarily unlikely that the president will be convicted. Just do the math,” Collins told reporters after the vote.

Back to Top
Close Add post
X
How Pets Can Help With Child Mental Health And Development…WorldIt doesn’t get much cuter than a photo of a baby with a dog ... or a cat ... or a bunny. But beyond the Instagram fodder, growing up with a pet can be…

X
Column: McConnell won’t be majority leader. But there’s still plenty…WorldLast week’s Senate elections in Georgia — yes, it was only last week — qualified as life-changing news for President-elect Joe Biden, who knew that if…
close